I have been enjoying the Borderlands 3’s Broken Hearts Day Valentine’s Event, which I think is a lot better than the Bloody Harvest event, minus the fact that we don’t get a cool new zone like Heck to explore. But the hearts that give you bonuses and loot are a lot of fun, and the prizes for the event are worth grinding.

There are two warnings I wanted to give out as you play this week, however, which I have learned going through the event with a few different characters now, and talking to Gearbox directly.

This Is Your Only Shot At These Unique Legendaries

I asked Gearbox whether there was any way to farm the SMG and sniper (especially that Wedding Vow sniper, which rips) outside of collecting one copy of the weapon per character during the event after the 50-100 heart breaking rewards.

“No, it is not possible to get more than one drop of each Broken Hearts item. That’s actually part of the reason why both Legendary weapons drop at level 53, rather than the player’s current level.”

This answers another question, as I knew some lower level players were worried about that they’d never be able to get a max 53 level version if they were underleveled currently, but all of them are claimed at 53, so no worries there.

However, this does indeed limit your options for these weapons. You have to play this week only and claim the weapons as rewards, as they may never return to the game after this. And if they do, it won’t be for a while. It was possible to farm many, many copies of Bloody Harvest drops like Ghast Call and Fearmonger, but that’s not true this time around. I thought maybe the loot hearts would have a chance to drop these weapons after you claimed them, but that is not the case.

I have yet to figure out if it’s even possible to get an Anointed Wedding Vow, as three of the four I can claim are non-Anointed (all the SMGs have been Anointed, however). I would love, love an Anointed version of this thing as it does such crazy damage in Mayhem 4, but it appears that’s not in the cards. (Update: You can get Anointed Wedding Vows, but you only have four chances! I just got super lucky and got a Gamma Anointed one for my FL4K build) 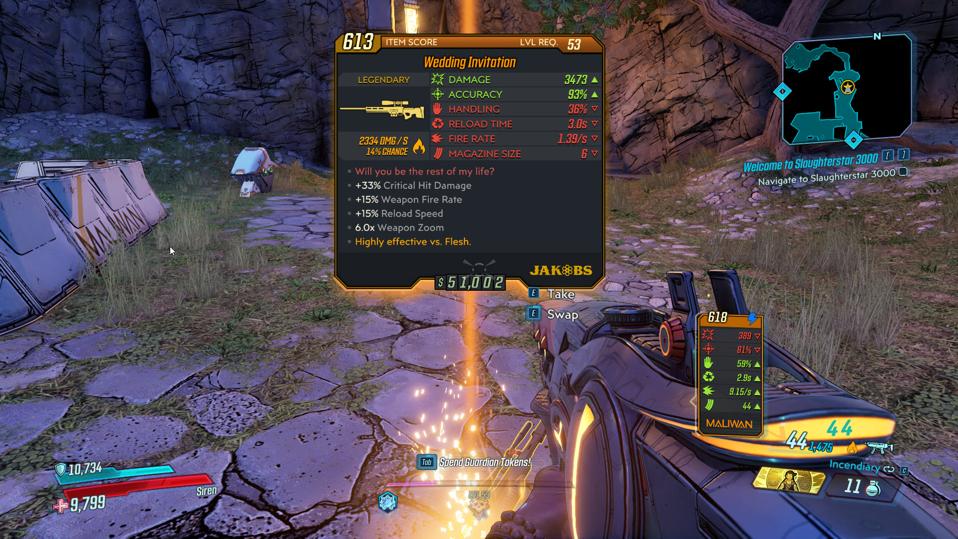 I guess this warning is not specific to this event exactly, but since the level cap increase arrived at the same time, it kind of is. And I do not think Gearbox was being exactly straight when on the Borderlands show, they said it wouldn’t be a hugely significant difference between level 50 gear and level 53 gear.

I have not felt that to be true. In playing and leveling up, I have found that enemies get noticeably harder as soon as you hit the next threshold, and by the time you get to level 53-54 enemies, if you’re still using your level 50 gear, you can really tell how far behind you are. So yes, you are going to have to re-farm a lot of stuff, but your weapons and shields in particular.

I would say the difference in Artifact and Class Mod stats isn’t that different. I think a level 50 Class Mod that gives 31% Sniper damage may only give 33% or something at level 53. However, with guns and shields? I would say it’s more like a 20-30% damage or capacity difference, which is obviously very, very noticeable. The way level scaling works in Borderlands, both enemy health and damage and player heath and damage scale up pretty fast in these higher levels, even if you’re only going up a few. And so yes, I really do think that if you’re a hardcore endgame player, you might as well clear out all the level 50s in your vault and start over again. 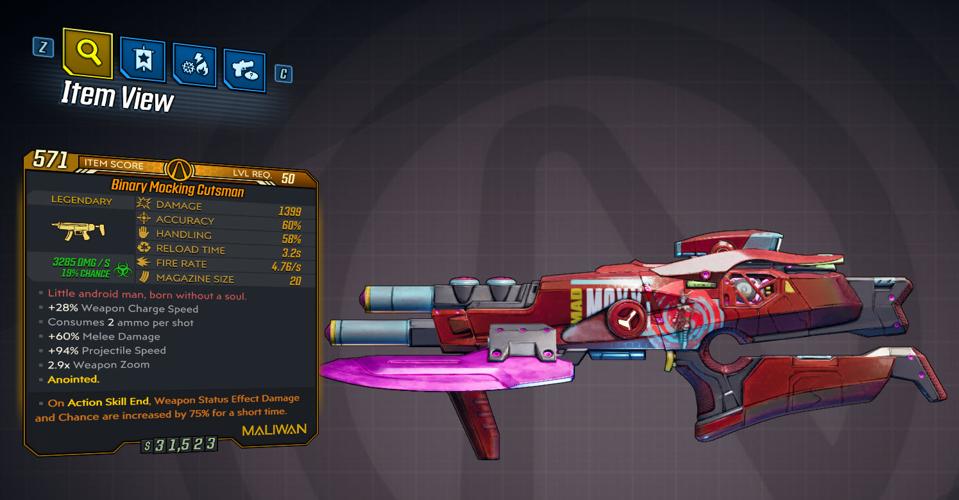 Bonus Warning: You can now turn off specific Guardian Rank perks and the entire thing. But with this change, your entire Guardian Rank tree will be turned off by default when you load up the game. So if you do want it, you need to go turn it back on manually.