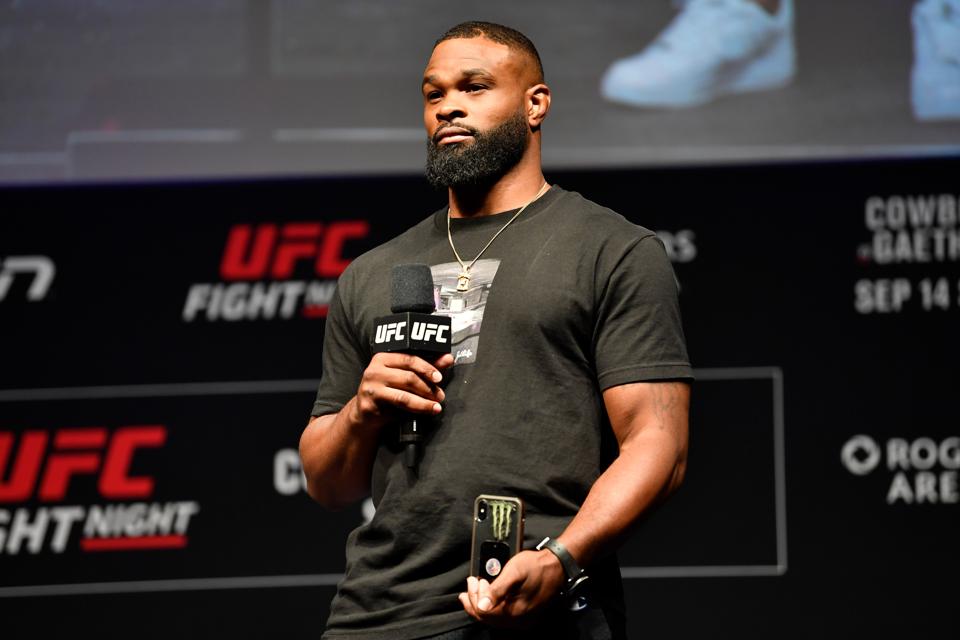 VANCOUVER, BC – SEPTEMBER 13: UFC welterweight Tyron Woodley stands on stage during a Q&A session … [+] prior to the UFC Fight Night weigh-in at Rogers Arena on September 13, 2019 in Vancouver, British Columbia, Canada. (Photo by Jeff Bottari/Zuffa LLC/Zuffa LLC via Getty Images)

Former UFC Welterweight Champion Tyron Woodley is returning to the Octagon on March 21 in London at the O2 Arena to take on Leon Edwards.

Rumors about this bout had been swirling since last month, but UFC President Dana White confirmed it early Friday morning, per ESPN’s Brett Okamoto.

The last time Woodley competed in the Octagon, he lost his title to current champion Kamaru Usman via unanimous decision in March 2019 at UFC 235. After nearly a year out of action, Woodley gets a stiff test from the hungry veteran Edwards. 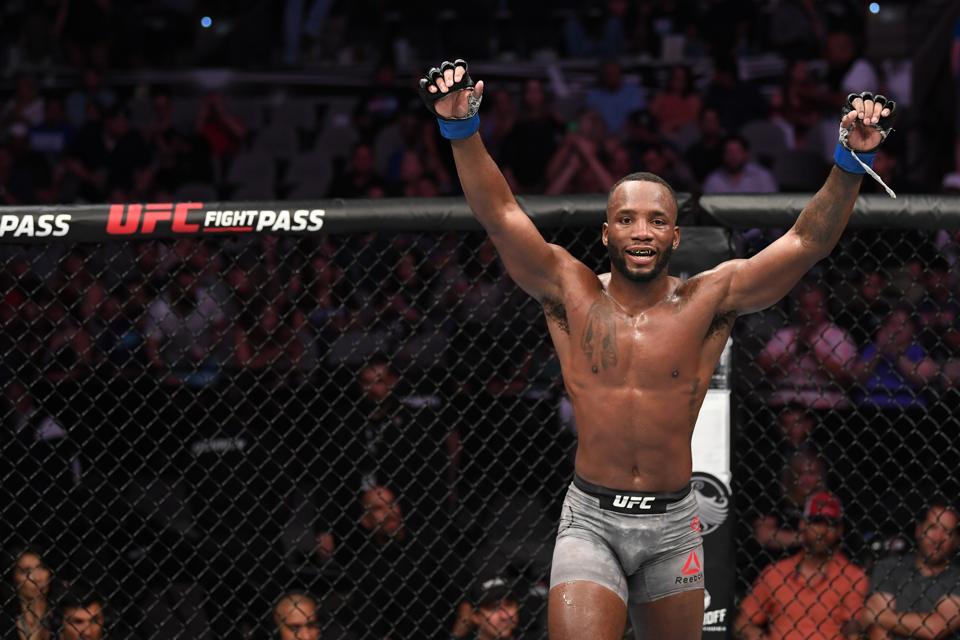 Riding an 8-fight win streak, Edwards’ last loss came against Usman as well. He fell to the Nigerian back in December 2015 by unanimous decision. Most recently, Edwards scored his own unanimous-decision win over former UFC Lightweight Champion Rafael dos Anjos.

Edwards has been chasing a UFC Welterweight title shot for the past two years. A win over Woodley would seemingly put him into a position to challenge for the belt in a rematch with Usman.

Edwards is ranked No. 4 and Woodley is the No. 1 contender. Colby Covington, who just lost a thrilling war against Usman is No. 2, and Jorge Masvidal, the winner of the BMF title fight with Nate Diaz is No. 3.

Because Covington recently had a shot at the title, Masvidal would seemingly be the only one who could step in Edwards’ way if he gets past Woodley. However, Masvidal has made it clear he’d rather fight Conor McGregor because of the massive payday that would be attached to that fight.

If he can get that fight, Masvidal would probably gladly step aside for Edwards to pursue his quest for a title.

Woodley-Edwards gives the London card a much-needed featured bout. The event has 10 scheduled fights as of the publishing of this article. It could use a strong co-main event to flesh out the card a little more.