Breaking
What You And Your RTO Business Need To...
4 SEO Trends for Websites You Should Not...
3 Reasons Why Desk Booking Is Rising In...
8 Tips to Play & Win at Online...
How can software benefit facility management?
Do Professional Casino Players Pay Taxes for the...
Becoming a Trading Expert: What Is the Best...
Dos and Don’ts for B2B Organisations in 2022
Should your business be using Machine Vision?
Colour Masterbatch vs Raw Pigments – Which Is...
Keeping your business moving as you expand online
Top Four Celebrities Who’ve Invested In Cryptocurrency
Why is Cloud Computing Tipped to be the...
How to Raise Money for Non-profit Organizations in...
Choosing the right theme for your WordPress Business...
A Guide to Using Celebrities to Promote Your...
Home Technology Tyson Fury Vs. Deontay Wilder 2 Results: What’s Next For ‘The Bronze Bomber?
Technology

Tyson Fury Vs. Deontay Wilder 2 Results: What’s Next For ‘The Bronze Bomber?

Deontay Wilder was soundly beaten on Saturday night in Las Vegas when he lost his WBC Heavyweight title to Tyson Fury. At times, a champion like Wilder will lose their title, but even in defeat, there are things for him to build on.

Finding the silver linings in Saturday night’s cloud will be very challenging for Wilder. Fury had his number in every way, knocking him down twice and forcing Wilder’s corner to stop the fight in the seventh round.

Wilder made $28 million for his efforts on Saturday, plus a 50-50 split of the other fighter revenue available to the two heavyweights from the massive pay-per-view event. After such a one-sided loss, some might believe retirement is in the cards for Wilder.

During his post-fight interview, Wilder didn’t talk like a fighter considering hanging up the gloves.

So what’s next for the Bronze Bomber?

There are still a number of options for the 34-year-old who still only has one loss on his impressive 42-1-1 record. 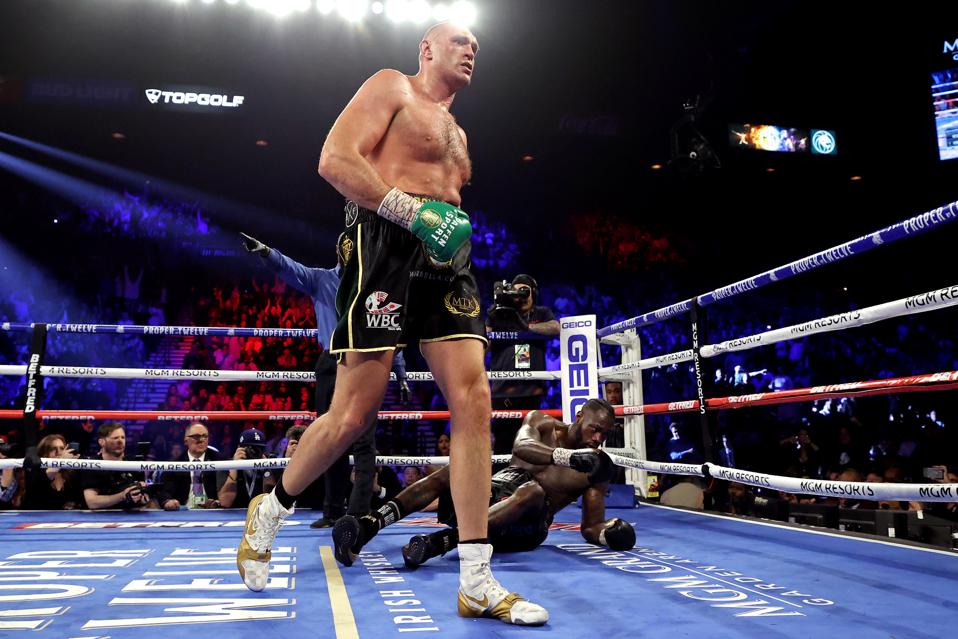 Both Wilder and Fury had a clause in the contract to pursue a third fight if they lost on Saturday night.

The winner of the rematch would get a higher percentage of the fighter’s portion of the revenue, but Wilder as Saturday’s loser, can delay a potential Fury vs. Anthony Joshua unification bout if he exercises his right to a third fight.

This isn’t likely to be what the boxing community favors.

Because Wilder was beaten so definitively, it appears the public outcry is for Fury vs. Joshua, even if that means Kubrat Pulev steps aside and doesn’t face the latter as planned this summer.

Facing the Winner of Kownacki-Helenius 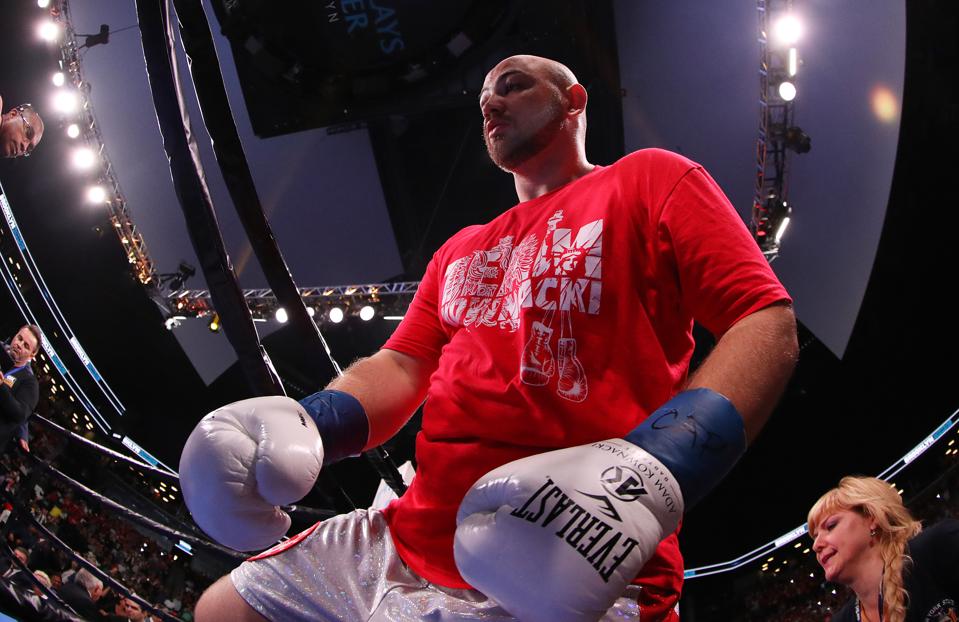 Up-and-coming Premier Boxing Champions heavyweight Adam Kownacki is set to face Robert Helenius on March 7. Kownacki and Wilder were seemingly on a bit of a collision course any way because they fight on the same network.

Kownacki is a legitimate contender, but his chances of getting a shot at Fury or Joshua don’t seem to be high. If he beats Helenius, as expected, he and Wilder’s schedule should be aligned well.

It’s a fight that would make sense for both men.

Kownacki would have an opportunity to elevate himself and Wilder would get a chance to re-establish the respect he might have lost in his defeat to Fury.

Facing the Winner of Whyte-Povetkin 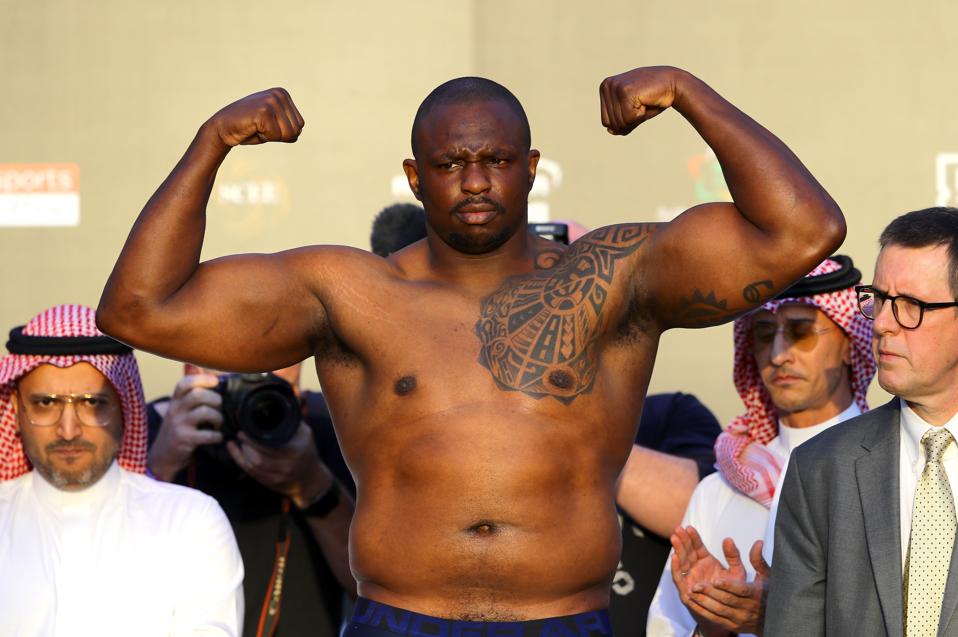 RIYADH, SAUDI ARABIA – DECEMBER 06: Dillian Whyte poses as he weighs in ahead of the Heavyweight … [+] fight between Dillian Whyte and Mariusz Wach during the Clash on the Dunes Weigh In at the the Al Faisaliah Hotel on December 06, 2019 in Riyadh, Saudi Arabia. (Photo by Richard Heathcote/Getty Images)

Most expect Dillian Whyte to defeat Alexander Povetkin in May, but the latter is a tricky heavyweight who has been known to present problems for other top fighters like Joshua in the past, before being knocked out.

Whyte has some lapses in concentration and conditioning, so he could be vulnerable. However, if he does defeat Povetkin, a fight between him and Wilder would be just as appropriate as the aforementioned Kownacki bout.

Whyte is currently the WBC interim champion, which suggests he has a route to facing Fury, or whomever holds the WBC title later this year, or in early 2021. However, if Whyte defeats Povetkin, and is unable to secure a fight with the WBC champion, Wilder would equal the next best option.

Wilder still has one of the biggest names in boxing, and anyone who is the opponent for his return bout will be competing on a major stage. 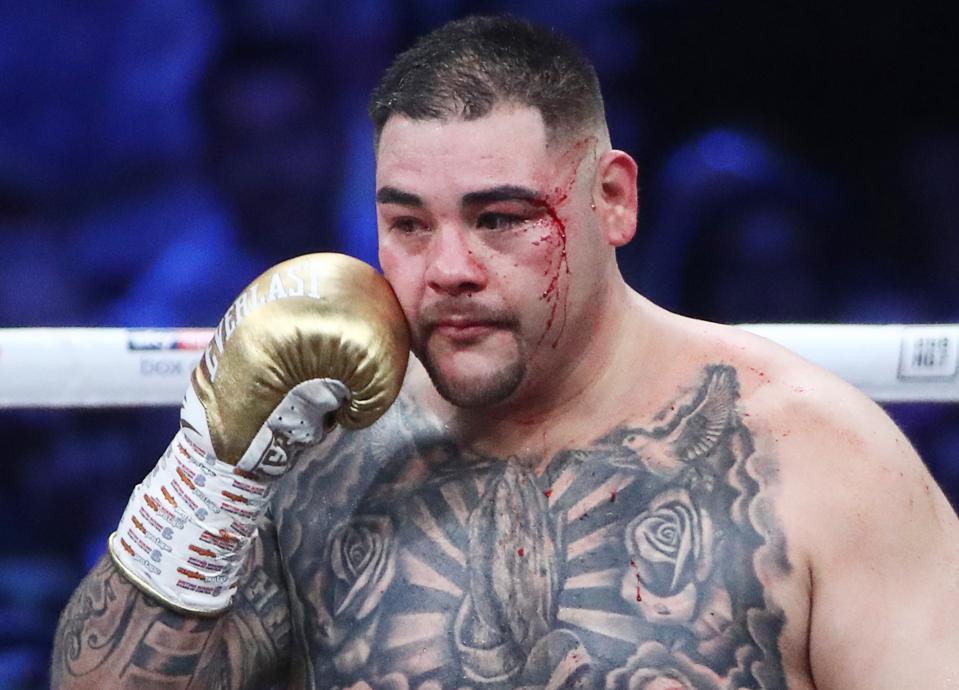 There has been talk of Andy Ruiz taking on Luis Ortiz later this year, but nothing has been announced officially. Wilder was critical of Ruiz for his lack of preparedness heading into his rematch with Joshua in December 2019.

Now both men are coming off a humbling loss, and it could be intriguing to see them clash. The winner would be in a good position to make a quicker push back toward a world-title shot.

Obviously, Wilder could immediately challenge Fury for the title he just lost, but taking some time to rebuild against less-dangerous opponents is a concept that has some value.

Ruiz has skills, but Wilder would seemingly be favored to win this fight. 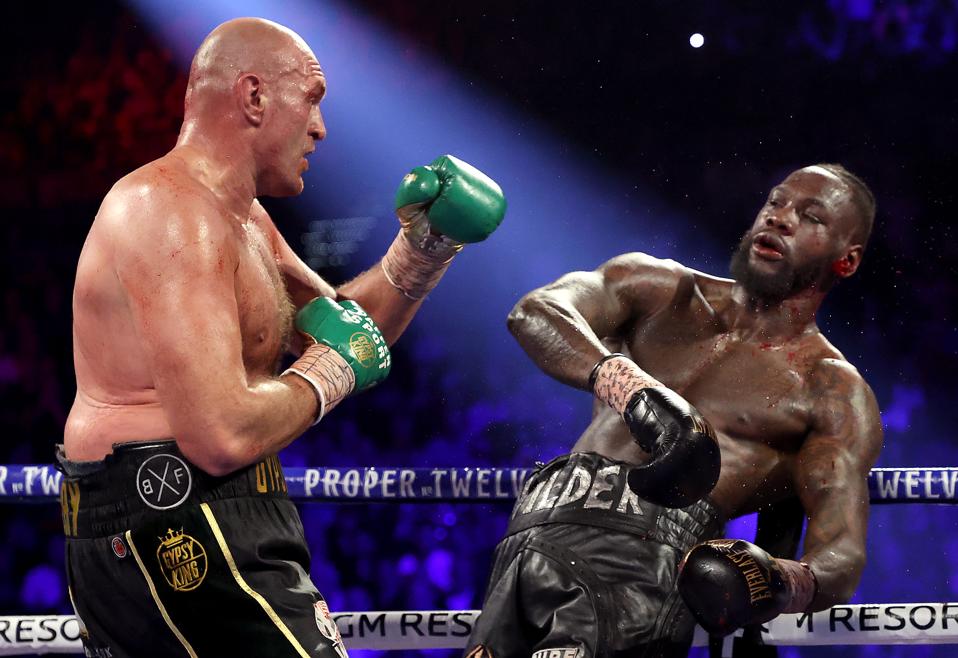 Wilder is no longer a world champion, which means he doesn’t have to fight a top contender immediately.

His camp and management could opt to put him in the ring with some lesser-known competition in hopes of replenishing the hype machine, and repairing some of the confidence he may have lost in Saturday’s loss.

Wilder may only have a Plan A to lean on, but that base approach is still more than most opponents can handle.

All The Ways To Get Your Meat-Free Bacon Fix