#DogsAtPollingStations, with voters sharing photos of their canine companions dutifully posing outside the voting sites. 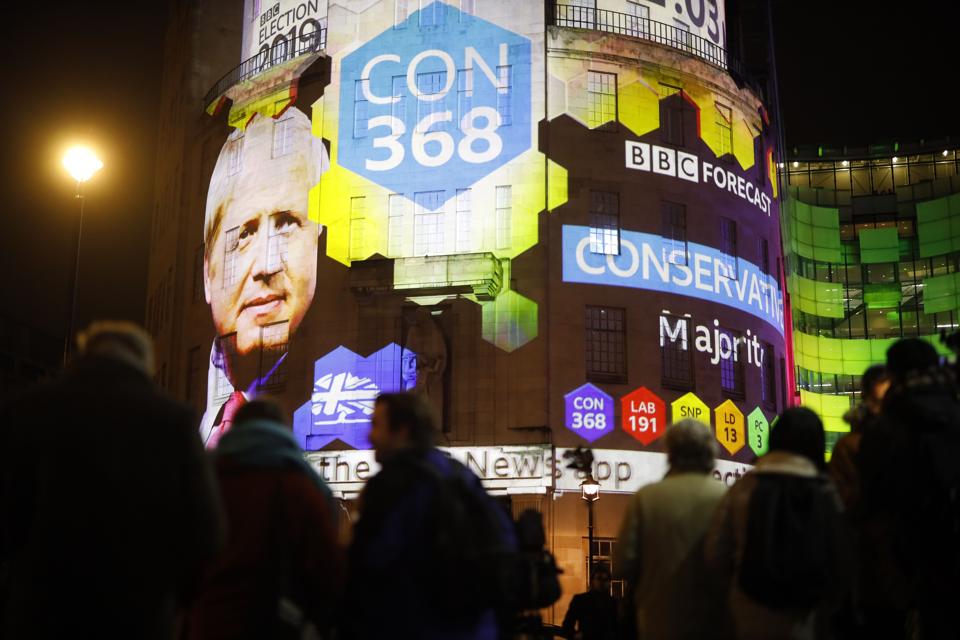 Topline: Britain’s Prime Minister Boris Johnson looks set to score a solid majority that will secure parliamentary support for his Brexit, after the U.K. voted in its third general election in less than five years.

Key background: Johnson called the election in October, after failing to fulfill his promise of getting the U.K. out of the European Union by October 31. That defeat was a blow for Johnson, who became prime minister in July after former PM Theresa May resigned after she failed to get support for her Brexit deal.

Following a similar defeat, Johnson claimed that the election would be a chance to break the “deadlock.” The Conservatives campaigned on Brexit primarily, but also on crime. However Johnson’s campaign tactics were widely criticised for his selective appearances. He failed to turn up to a number of key televised debates, including one on the climate crisis, where an ice block was positioned onstage in his place.

What to watch for: The first results will start trickling in from across 650 constituencies from 11pm GMT and through the early hours of Friday, with the final result to be declared as the U.K. wakes up.

The majority will be a boon for the Conservatives, who will now set out to get the U.K. out of the EU by the new deadline of January 31. Johnson then has a transition period that lasts until the end of 2020, during which he will have to negotiate a trade deal with the 27 EU nations.

Tangent: Unpredictably, Thursday gave rise to one of the U.K.’s favourite election day traditions: #DogsAtPollingStations, with voters sharing photos of their canine companions dutifully posing outside the voting sites.

Conservative Majority In U.K. Election Will Make The FTSE Rocket

What The U.S. Strike On Suleimani Means For...

Are Entrepreneurs Born Or Made? -An Insurtech Venture...

Zombie Airlines Are Flying Into The Arms Of...