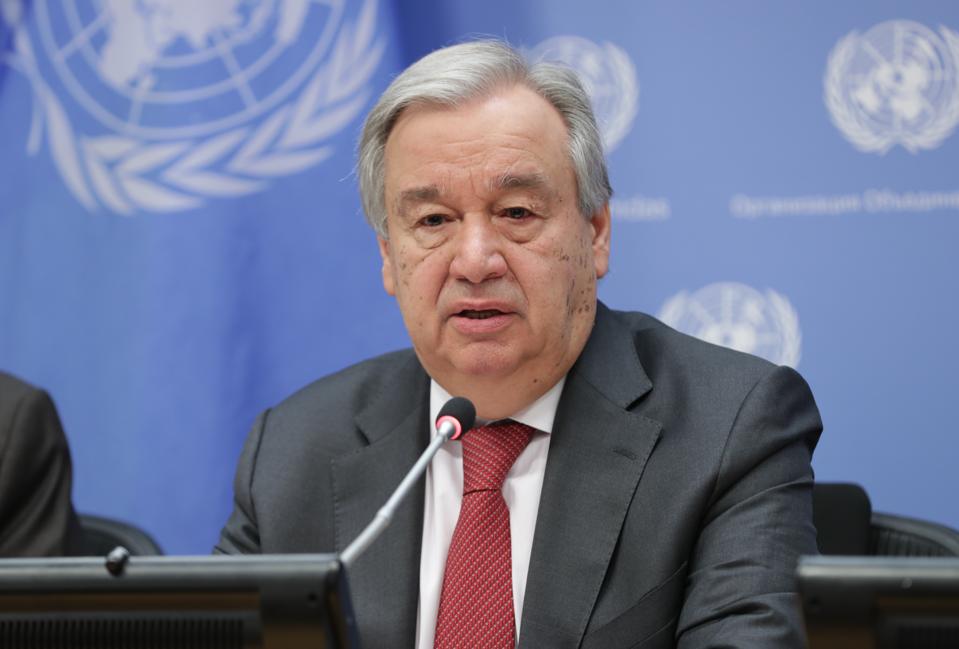 Topline: U.N. Secretary-General António Guterres has urged “peace at home” and called for governments to prioritise safeguards against domestic violence in their COVID-19 response plans, as he warned that calls to support services have surged in some countries.

Crucial comment: Guterres said in a video posted to Twitter: “We know lockdowns and quarantines are essential to suppressing COVID-19, but they can trap women with abusive partners.

“Over the past weeks, as the economic and social pressures and fear have grown, we have seen a horrifying surge in domestic violence.”

In numbers: 35%. That’s the percentage of women around the world who have experienced physical or sexual intimate partner violence, or sexual violence by a non-partner, according to figures from the United Nations. The statistics were compiled before the coronavirus outbreak and cover both developed and poorer economies, the U.N. said.

Stop Managersplaining On Video Calls And Give People A Voice

Countering Layoffs, Lessons From The First Week Of The CARES Act: The Coronavirus Workplace Series

Are We Doing Enough To Help UK SMEs...

A Royal Question: When Do Leaders Have A...

How The FTC’s Kibosh On Harry’s Acquisition Will...