Breaking
Behind The Curtain—Chapter 11 From The Inside—Chapter 10—The...
Three Classic Ways To Get New Business
With Hope, Perseverance And Faith, Two Friends Are...
Exxon Mobil Shares Cross 10% Yield Mark
T-Mobile for Business BrandVoice: From Sci-Fi To Everyday...
How To Move Your Career Forward By Making...
A Conversation With Jill Houghton, President And CEO...
VW’s Electric ID.4 Lands In Q1 2021 With...
Would Biden Enact Broad Student Loan Forgiveness? These...
Why You Must Slay Your Mindset And Stop...
Surviving The Pandemic With Your Culture Intact: How...
The Disruption Of The Consulting Industry Is Here
Remote 101: How To Create Meaningful Connections For...
How To Reassess Your Finances To Align Your...
7 Things Every Entrepreneur Should Automate
Volkswagen’s Truck Unit Ties Up With TuSimple On...
Home Business U.S. Aviation 2020: Landing On A New Set of Economic Runways
Business

U.S. Aviation 2020: Landing On A New Set of Economic Runways 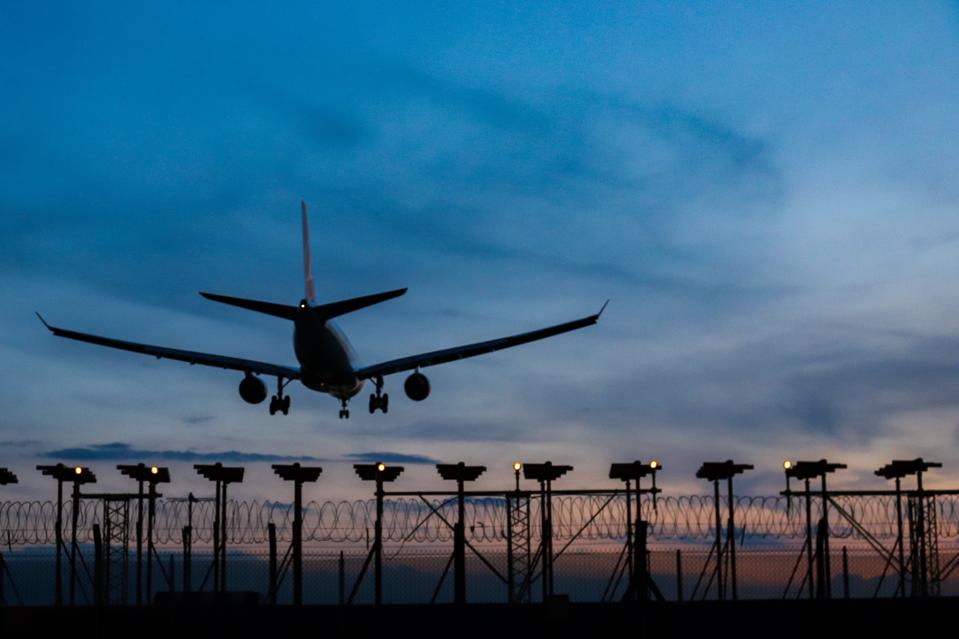 In 2020, plan on seeing a lot of positive dynamics in the U.S. air transportation system. Growth in passenger traffic will continue at around a 3% rate. Regardless of the strength of the economy, U.S. airlines will add capacity based on their internal corporate objectives.

Point to be made: We need to mention that the 737 MAX has had a minimal effect on air traffic expansion in the USA. American and United have other aircraft options, and their fleets have actually grown since the grounding of the MAX in March. At Southwest, it’s a tougher story, as they had no other fleet types to access, and as a result, their fleet has not expanded.

By the end of 2020, at least five more interior airports will have new nonstop trans-Atlantic flights via one of the global alliance network systems: Star Alliance, SkyTeam or oneworld.

This is very different from the type of leisure service we’ve seen from carriers such as Norwegian, or WOW, which were only aimed at shifting discretionary dollars from a new kitchen into the decision to make a vacation to some alternative point in Europe. It was a strategy that largely fell flat on its economic face.

This new dynamic is fundamentally different, and is based on sound strategy. Carriers such as Lufthansa, British, Iberia and even Turkish have big connecting hub operations that need feed traffic, and they will be looking at key U.S. commercial centers to get it. Flights may be operated by either a U.S. airline partner or the E.U. airline operating the connecting hub itself.

Here’s some forecast heresy: by 2025, trans-Atlantic flights from mid-size airports will be as routine as getting to Phoenix or Houston. New aircraft such as the Airbus A321XLR will make nonstop flights economically possible from points such as Albany, Grand Rapids, Louisville and Columbus. But the market criteria will be based on economic, not population, factors. These carrier systems are looking for business traffic, not vacationers.

Airports serving regions in the U.S. with strong international and Euro-centric industries are at the top of the list. Necessary: a strong interstate highway system that can feed these flights from a wide economic region.

WHAT TO WATCH: 1) The ultra-low-cost airline model – “ULCCs” – will materially evolve. Where much of the focus has been on low-fare vacation service from smaller airports to points like Florida and Las Vegas, the new trend will be tossing aircraft between major metro areas. Sun Country and Spirit are apparently looking in the same direction.

Frontier’s recent shift to focus on Ontario, California (which is essentially the Los Angeles Basin), and Miami is a harbinger of the new LCC strategy we will see in 2022. The experiments at collecting discretionary dollars from places such as Lafayette and Jackson are mostly over.

2) Regionalization: While it’s not a popular conclusion in some circles, air transportation simply is no longer a cost-effective or even a time-effective transportation mode for many very small and rural airports. In 2020, this will become even more obvious.

Last year, we pointed out how some communities, such as Youngstown, Topeka, Naples and others, were almost resorting to “cargo cults” in their attempts to attract air service.

Like the points in the South Pacific, where residents put up stick models of airplanes after World War II, hoping to attract military flights back to rural airstrips, these efforts have been now modernized with massive studies, research papers and desperate outreach to airlines to gain service that has little or no economic potential.

The point was – and still is — that consumers at the examples such as mentioned above actually have really great air service. They are conveniently using nearby Pittsburgh, Kansas City and Ft. Myers to access the world.

In 2020, more small communities will start to realize that air access – instead of trying to implement flights at the local airport that have little consumer appeal – is the future for global connectivity. An hour drive to a larger airport is often more time-effective than trying to implement bare bones service that’s there for mostly for civic pride, but is non consumer-competitive with other options. Plus, changes in the raw economics of airline operations will continue to illuminate this trend in 2020.

THE UNCONVENTIONAL WISDOM: Companies operating over-the-road trucking reportedly had a disappointing 2019. But it’s fixing to get worse in 2020 and beyond.

Right now, the common vision for drones in this country is for taking pictures of real estate listings and delivering a pizza.

But take a look beyond the pepperoni – the world is moving ahead in developing geographical drone-based logistical systems that will open up new economic growth. In China, progress is well on the way with light aircraft in rural areas that can deliver goods in maybe an hour, where ground transportation takes days.

Think of it this way, if a remote pilot sitting at an air base in New Mexico can direct a drone in Afghanistan to deliver a half-ton of explosives with pinpoint precision, the same can be done with materials and food and other goods to rural distribution points in Wyoming and North Dakota and Alaska.

When the year 2020 comes to a close, we will be seeing companies in North America looking at drone-based, long-haul logistics. It is entirely possible that with some advances in powerplant technology, rural logistics use of drones will even start to eclipse over-the-road trucking in the foreseeable future.

A BOLD PREDICTION: The formerly expected growth in China-U.S. air travel is going to deflate in 2020, big time.

Even six months ago, we were predicting that U.S.-China air service would take only a temporary dip in 2020, and then come back with a vengeance.

After all, our forecasts (based on research of dynamics at 200 Chinese airports) indicate that current traffic between the two nations is less than 15% of the potential demand. The barrier has been that there are no true U.S.-type airline connecting hubs in China that can easily flow passengers to and from secondary cities to the U.S. and the world.

But with huge expansion at Shanghai Pudong International Airport, and a new airport in Beijing, the planned growth announced for those airports by China Southern, China Eastern and Air China would literally uncork access from across the Middle Kingdom to their alliance partner airlines’ hubs in the United States.

Now, it’s back to the drawing board. It’s not going to happen, at least for another couple years. Traffic between China and the USA will fall in 2019 by at least 8%, and in 2020, plan on at least another 20%… or more.

Yes, the trade war is indeed part of the reason, but in the larger picture, its effects are like putting a bad dent in a car that has just been T-boned at a railroad crossing. It’s the Chinese economy, ben dan. (That’s roughly “stupid” in Mandarin.).

Banks are starting to fail. Other financial systems need government bailouts. The real-estate bubble and related building of vapor cities on speculation make the Florida swamp land scandals of the 1920s look like an innocent game of children’s Monopoly.

The discretionary spend that fueled leisure visitation are evaporating. Plus, there are troubling indications that the current president of China is moving back toward repressive social programs, which are not conducive to the freer thinking that has built China into an economic powerhouse in the last 40 years.

Then we have other measures that are going to shut off visitation from America… like new and serious restrictions on foreigners. Today, based on a very unclear set of criteria set in China, a visitor can be denied boarding at the last minute literally at the airplane door in San Francisco.

Those incredible high-speed trains that can whisk you to see the terracotta warrior exhibit in Xi’an, or to Chengdu to watch pandas eat bamboo, are a real draw. But today, if you’re a foreigner, you can’t use a kiosk to buy a quick ticket. Instead you have to wait in long lines at a bureaucratic ticket window.

Some hotels charge extra for Americans, and in rural China some won’t take the business at all. It isn’t as welcoming as it was three years ago.

Nevertheless, the real economic hit will be to China, and, unfortunately to Chinese airlines, which now carry almost 70% of the total traffic to and from the U.S. Far from new growth in routes that we once expected, there may be some reductions in total capacity.

The next three years: China-U.S. business travel will remain stable, because of the $140 billion in prior Chinese investment here. But the busloads of Chinese visitors eager to see the Grand Canyon, the Thousand Islands and Tucson, and to shop until they drop at big malls along the way, will get very rare.

BOTTOM LINE FOR AVIATION 2020: Changes in direction, but with evolution and growth in 2020.

New Migraine Treatment Relieves Pain In As Little As 4 Hours