Breaking
ESBC Major Updates: Tons Of Heavyweight Greats Added...
5 On-Demand Courses To Help Develop Your Leadership...
How to Run Nonprofit Marketing Ads
Entrepreneurs Are Bringing Transparency To Home Buying And...
Best Incentive To Get Vaccinated: Money, Messaging, Or...
Page Level Query Analysis at Scale with Google...
How A CIO Can Align IT With Business...
Blogger of the Month: Jo, Girl Eats World
6 Things Women In Business Know That Men...
How to Use First-Party Data for Ad Personalization
Pressing Reset—Putting A Fallen Unicorn Back On Its...
How We Went Viral: Promoting Content with Influencers,...
Blame Olympic Record Price Tag For Return To...
Apple iOS 14.5 Release: Should You Upgrade?
How to Come up with Podcast Topics and...
Why Gaming Gear Company Razer Launched A $50...
Home Business U.S. Coast Guard Announces A New Superbase In Charleston South Carolina
Business 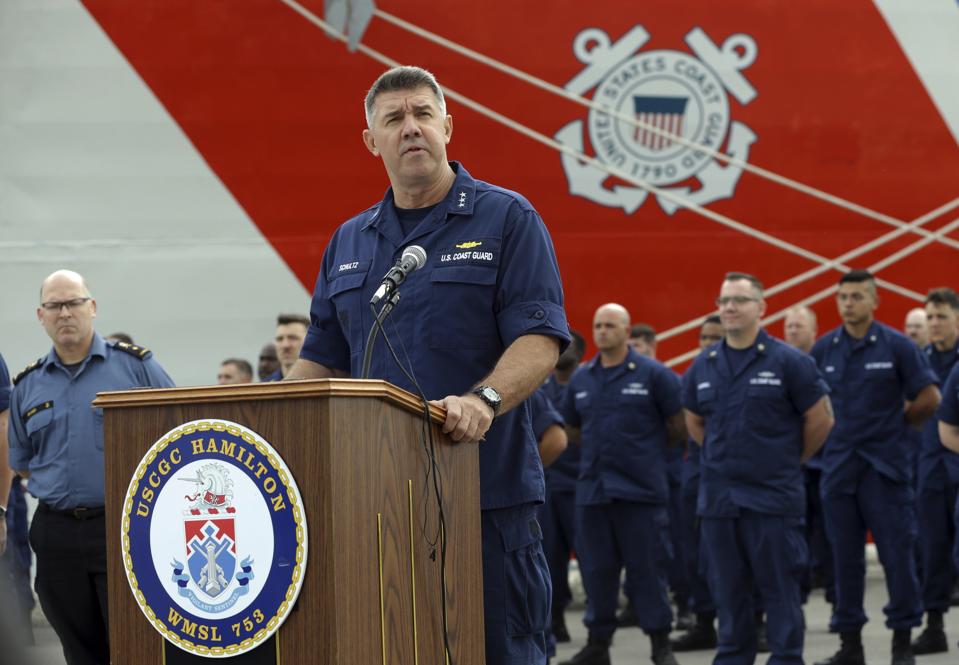 This strategic move makes sense. Charleston is already home to a large concentration of Coast Guard assets and personnel. Considered an enjoyable duty station, and one of only a few strategically located seaports in America that still boasts a low cost of living, the area is an ideal place for additional Coast Guard investment. And, as the Port of Charleston is expected to become the deepest harbor on the East Coast by 2021, the maritime importance of the region for the U.S. Coast Guard is set to grow.

New assets are coming, and Admiral Shultz confirmed the Coast Guard would use the port as a base for “a compliment of yet to be built offshore patrol cutters.” According to the Commandant, the first Offshore Patrol Cutter (OPC), the Argus, is set to be delivered in 2022, and the program—despite hiccups—is still expected to generate twenty-five hulls that “will ultimately comprise almost seventy percent of our offshore presence.”

He emphasized that the U.S. Coast Guard considers Charleston a strategically-important homeport and that the Coast Guard is committed to pursuing significant support infrastructure investments to make Charleston a center of gravity for Coast Guard operations on the East Coast.

While the announcement is new, the outlines of a large base have been taking shape for some time. The long-abandoned naval base in North Charleston is already home to three cutters. The National Security Cutters USCGC Hamilton (WMSL 753) and USCGC James (WMSL 754) share a rickety pier with the large “aids to navigation” buoy tender USCGC Willow (WLB 202).  But the USCG is confident that the outpost, with the help of some horse-trading between various parties for additional waterfront space, is primed for fast growth. In June 2019, the Coast Guard announced that five National Security Cutters were to be based at the new Low Country superbase by 2024.

This large buildup is not without risk. It is fast-paced, and tied to the impending delivery of new ships that won’t be able to be berthed anywhere else. It will also require major investments in shore infrastructure—and obtaining funding for those improvements is such a high priority that the Commandant, in the hours before his speech, Admiral Shultz escorted a Congressional delegation to the future Coast Guard superbase and explained the needed investments. Thanks to those efforts—and thanks to the stature of the South Carolina Congressional delegation, money is coming; to date, the USCG received $23 million in Major Acquisitions Systems Infrastructure funding in Fiscal Year 2019 to support homeporting National Security Cutters in Charleston and $140 million in a Fiscal Year 2019 disaster supplemental funding aiming to make Charleston’s waterfront and shore infrastructure more resilient following Hurricanes Irma and Florence.

Reinvigorating An Abandoned Base

The future Coast Guard “superbase” is an enormous boost for the former Charleston Naval Shipyard. The yard, ordered closed in the 1993 BRAC, was shuttered on 1 April, 1996, eliminating a host of naval activities, including the Naval shipyard, the Charleston Naval Station, the Naval Fleet and Industrial Supply Center, the Fleet and Mine Warfare training Center and the Naval Reserve Center. The 2801-acre facility is now an array of public and private entities, including Deytens Shipyard, the State Department, NOAA and a range of other Federal entities. Reflecting Charleston’s burgeoning importance as a key U.S. cargo hub, the south end of the old naval complex will host an enormous cargo handling facility to service large “post Panamax” container vessels.

The USCG is currently working closely with Federal Law Enforcement Training Center on a campus master plan and developing a multi-phase infrastructure build-out plan to support new assets and personnel. But some re-ordering may need to happen in the wider Charleston area. Offices for Coast Guard Station Charleston, a base for patrol boats and other small craft, are housed in an ancient building on the historic Charleston waterfront, and the cost of maintaining that facility—where Coast Guard personnel struggle to confront everything from termites to the requirements of maintaining Charleston’s historical nature—may prove far more prohibitive than simply moving the entire unit from it’s historic building to the new superbase.

Admiral Shultz identified challenge of managing aging infrastructure and reported that the Coast Guard was confronting a two billion dollar backlog in shoreside maintenance. His concern was apparent when he said “facilities that our men and women deploy from and return to are crumbling around them. Forty percent of Coast Guard buildings are over fifty years old. Mold. Leaky roofs. Flooding. Outdated building standards” are extracting an enormous toll on the Coast Guard. The shoreside challenges are more than just a blow to the bottom line. The unremitting struggles to maintain obsolete or ancient—almost museum-quality—shore facilities eat into Coast Guard retention and mission readiness.

Is A Superbase The Answer?

The announcement that Charleston will become the Coast Guard equivalent of either the Navy’s San Diego or Norfolk super-base complexes may raise some concern that the Coast Guard is putting too many eggs in a single, vulnerable and often hurricane-threatened basket. But the Coast Guard is far more dispersed than the U.S. Navy, and is committed—even trapped—into maintaining a bewildering array of small bases throughout the United States.

Condensing certain Coast Guard activities into a few central areas makes sense. Basing the Coast Guard’s largest cutters in a handful of locations allows for a consolidation of logistical, support and other training functions. With a thriving ship repair yard nearby, the Coast Guard’s maintenance challenge becomes far easier. The shining USCGC James—backdrop for the Coast Guard Commandant’s speech in downtown Charleston—was a perfect example. The Cutter had only made the short, seven-mile trip from Deytens Shipyard a few days before, fresh from a substantial refit.

Consolidating some Coast Guard activities—and potentially adding more to support Commandant Shultz’s ambitious set of operational, diplomatic and recapitalization goals—into the Charleston area also eases USCG personnel challenges. The service subjects members to a brutal two-year duty cycle, forcing Coast Guard personnel to move multiple times over the course of a career. By consolidating several types of platforms, missions and duties to the new Charleston super-base, Coast Guard families have the opportunity to stay in one location without damaging their potential for career advancement.

Ultimately, Charleston is a strategic port. It is why the U.S. Navy commissioned the Charleston Navy Shipyard in 1901, operating the yard until 1996. The Navy’s departure left a large strategic gap in America’s maritime readiness, but the Coast Guard, which has long recognized the strategic importance of being where the Navy is not, is moving in, advancing Charleston’s contribution to the national security of the United States.