Breaking
How To Get Your Startup Business Off The...
How To Create A COVID Safe Construction Site
How to Make a Good First Impression at...
Here’s Why Texas Instruments’ Stock Growing Almost 2x...
LinkedIn’s 50 Best Startups To Work For In...
3 Marketing Mistakes Holding You Back From Hitting...
Is The Matter In Our Universe Fundamentally Stable...
Majority Support Covid-19 Price Controls Says New Brookings...
Reimagined Pan-Mass Challenge Approaches $41M 2020 Fundraising Goal
Is Bitcoin Poised To Bounce Back After Its...
These ‘Temporary’ COVID-19 Changes Will Become Permanent
How Will Our Mental Health Be Affected By...
Selling A Business During A Pandemic: When Talented...
Top 10 Digital Transformation Trends For 2021
Two Veteran Entrepreneurs Aspire To Clean Up America’s...
PPP Forgiveness Applications Are Opening Up. Should You...
Best Domain Registrar
Free Tech For Black Founders Initiative Saves Startup...
FinCEN Files Scandal Is Unlikely To Change Anti-Money...
Home Finance U.S. Congressman: Coronavirus Crisis Will Make Bitcoin ‘More Important’ And ‘Stronger’
Finance

The coronavirus pandemic has caused an unprecedented global economic crisis, not unlike the 2008 global financial crisis that led to bitcoin’s creation.

A number of investors have turned to bitcoin in recent months to combat the inflation they see coming as a result of the unprecedented coronavirus stimulus measures the U.S. Federal Reserve and other central banks have pumped into the system.

Now, with the bitcoin price following other so-called safe-haven assets like gold higher over the last week, U.S. Congressman Tom Emmer has said he expects bitcoin to “get stronger” as the world emerges from the coronavirus crisis. 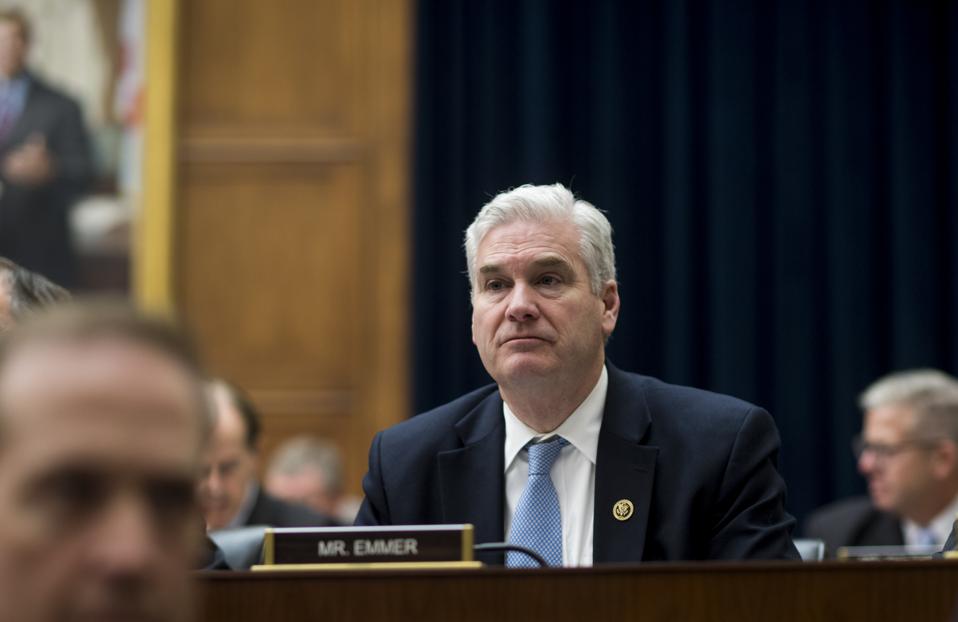 Rep. Tom Emmer, R-Minn., is a long-time advocate of bitcoin, cryptocurrencies and blockchain and … [+] thinks bitcoin will be strengthened once the world emerges from the economic chaos caused by the coronavirus pandemic.

“As we come out of the crisis, bitcoin isn’t going away,” U.S. representative Tom Emmer (R-MN) told bitcoin and crypto investor Anthony Pompliano, speaking during an interview on Pompliano’s popular podcast, adding bitcoin and cryptocurrencies are going to “continue to become more and more important.”

“[Bitcoin is] going to get stronger. You just watch, it has value, when something has value, people are going to take risks and it’s going to advance.”

Emmer pointed to recent developments, including U.S. regulators last week authorizing banks to provide custody for cryptocurrencies, as the kind of progress that will bring bitcoin and crypto into the mainstream.

Emmer also criticized modern centralized monetary systems, going back to the U.S. departure from the gold standard in the 1970s.

“There are things happening that are going to disrupt the centralized nature of our society. We’re about to blow that whole thing up, because of the pandemic, I believe,” Emmer said.

Bitcoin is powered by decentralized blockchain technology that replaces centralized authority with a distributed network. Using blockchain, some think governments will be able to move away from top-down, centralized systems.

“I think we’re just moving into that next phase, which is why crypto, the area, excites me.” 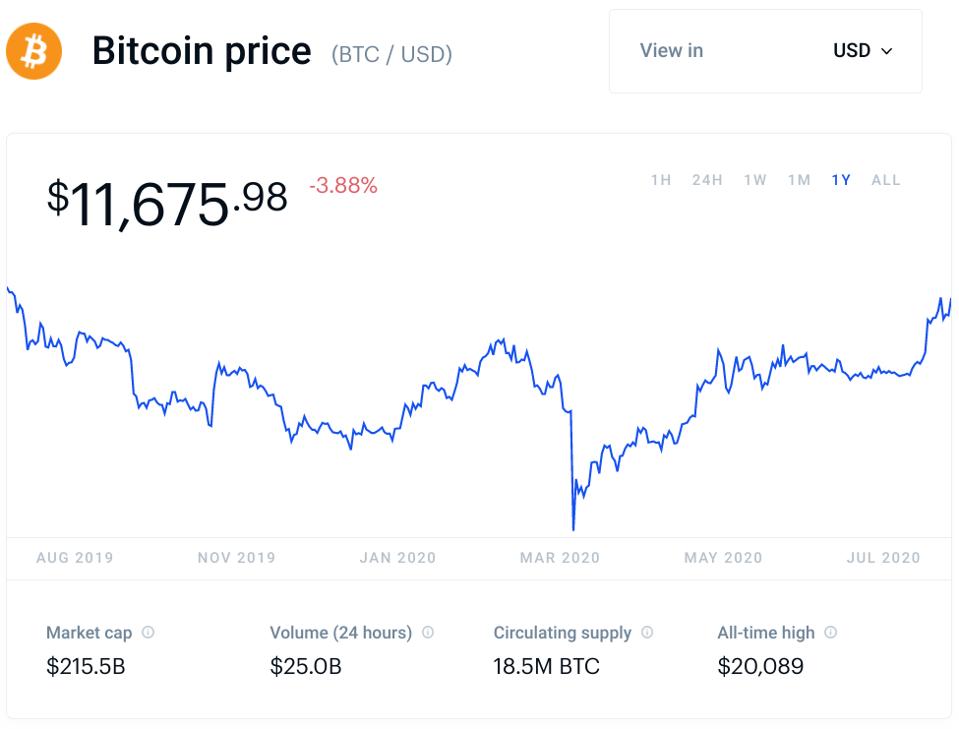 After crashing in March, the bitcoin price has strongly rebounded, climbing back above the … [+] psychological $10,000 per bitcoin level last month.

Emmer has advocated for decentralized and blockchain-powered innovation in the past, calling for the U.S. government to take advantage of cryptocurrency technology.

Just this week, he co-signed a letter to the IRS, requesting the U.S. tax agency create a policy that supports the protocols used to create some cryptocurrencies, known as proof-of-stake.

Earlier this year, he raised concerns that regulation could ultimately smother innovation and called on the U.S. government to provide more regulatory clarity for the crypto industry.

“We’re not going backward when it comes to the internet superhighway,” Emmer told Pompliano. “We’ve got to go forward.”

Emmer also used the recent Twitter hack, where high-profile Twitter accounts were hijacked and used to promote a bitcoin scam, to lend his support to bitcoin.

“Bitcoin isn’t the problem,” he tweeted in the wake of the attack. “Centralized control is.”