Breaking
How To Get Your Startup Business Off The...
How To Create A COVID Safe Construction Site
How to Make a Good First Impression at...
AARP BrandVoice: The Doctor Will See You Now,...
ThoughtSpot’s New Cloud-Based Tool Aims At Boosting Growth...
10 Ways Service-Based Businesses Can Generate Positive Word-Of-Mouth...
Report: Struggling Black-Owned Businesses Need More Government Grants
Why The Fed’s Outlook Paints A Sobering Picture...
As The End Of 2020 Approaches, The Cybersecurity...
Do Businesses Have A Role In Solving Poverty...
Young And Powerful: She The Change
Want To Attract (And Keep) The Right Clients?...
Best Legal Practices For Reopening Sports Venues During...
Why Now Is A Good Time To Start...
Here’s Why Texas Instruments’ Stock Growing Almost 2x...
LinkedIn’s 50 Best Startups To Work For In...
3 Marketing Mistakes Holding You Back From Hitting...
Is The Matter In Our Universe Fundamentally Stable...
Majority Support Covid-19 Price Controls Says New Brookings...
Home Finance U.S. Crypto Exchange Coinbase Is Working On Some Exciting New Bitcoin Tech
Finance

Bitcoin and cryptocurrency has struggled to catch up to the traditional financial system’s digital ease of use.

Now, the chief executive of San Francisco-based bitcoin and cryptocurrency exchange Coinbase has won a U.S. patent for an invention that allows bitcoin to be sent via email, something that could help bitcoin and crypto achieve wider adoption. 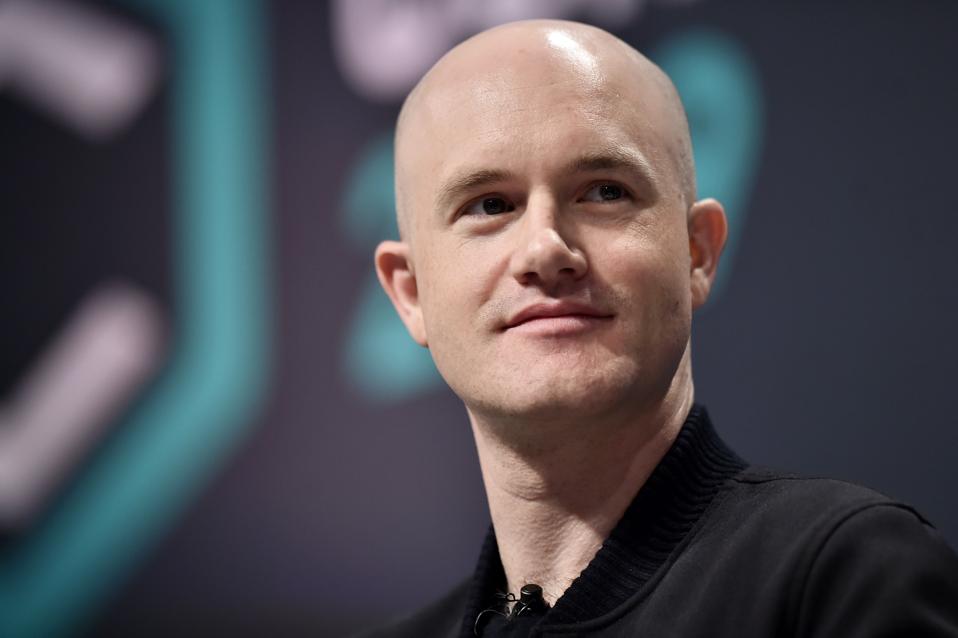 The patent, granted earlier this month after being filed back in March 2015, outlines a system that allows users to make bitcoin payments using an email address linked to a cryptocurrency wallet.

“Bitcoin can be sent to an email address,” the patent filing read, detailing the advantages of the technology. “No miner’s fee is paid by a host computer system. Instant exchange allows for merchants and customers to lock in a local currency price. A tip button rewards content creators for their efforts. A bitcoin exchange allows for users to set prices that they are willing to sell or buy bitcoin and execute such trades.”

However, the system takes 48-hours for the transaction to clear once the receiver has confirmed the payment and there doesn’t appear to be support for other major cryptocurrencies.

The technology could mean a big step for mainstream adoption of bitcoin—something that’s been a long-term goal of Coinbase’s CEO Brian Armstrong.

Earlier this year, Armstrong said he wants to use bitcoin to create an inclusive financial system and believes Coinbase will be less about trading and more about adoption in as little as five years time.

“The vision for Coinbase is creating more economic freedom for every person and business in the world over the next 10 years,” Armstrong said in August.

The bitcoin price has been stuck in a downward trend for the later half of 2019, though looks set to close the year double where it began.

Rumors that some of the world’s biggest technology companies could be about to move into the bitcoin and crypto space propelled the bitcoin market forward earlier this year but social media giant Facebook’s plans for its own digital currency, that some world leaders fear could eventually undermine the dominance of the U.S. dollar, caused regulators to begin scrutinizing the technology. 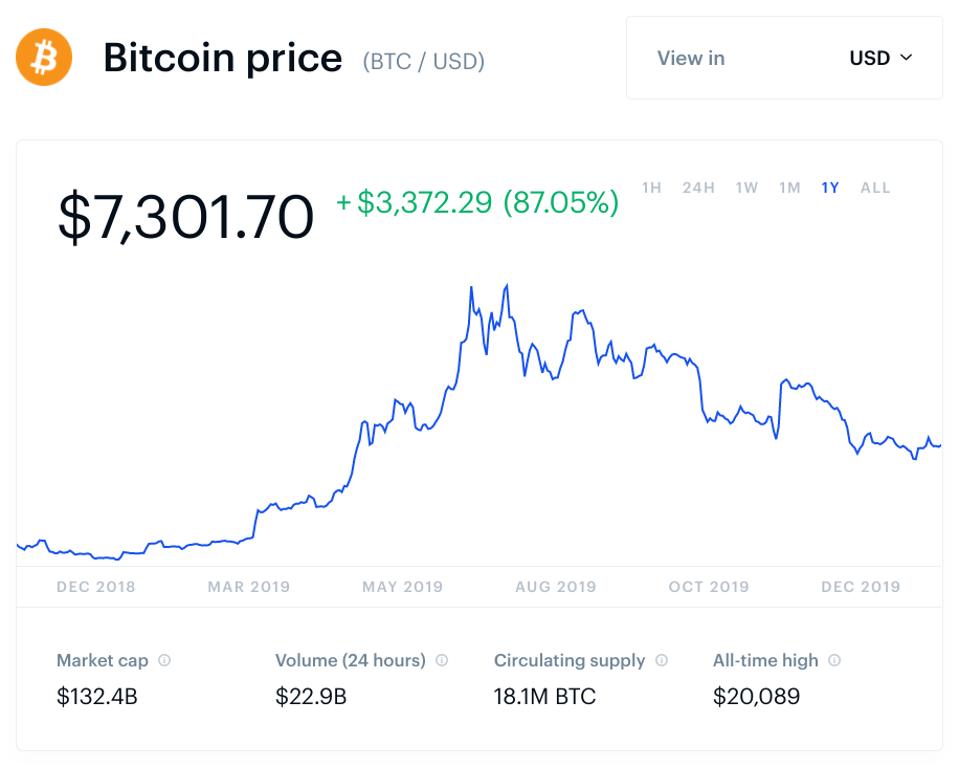 The bitcoin price has climbed this year, partly due to interest in bitcoin and cryptocurrencies from … [+] some of the world’s biggest technology companies.

Bitcoin’s sluggish adoption and lack of mainstream take up has been a common criticism of the technology in recent years.

Earlier this month, technology billionaire Mark Cuban warned bitcoin is “too difficult to use, too easy to hack, way too easy to lose, too hard to understand, [and] too hard to assess a value,” adding bitcoin’s biggest hurdle to overcome is getting people to actually use it.

“You don’t have to convince me,” Cuban said via Twitter. “You need to convince your neighbors. If they don’t see value, that is the problem you need to solve. I’m not opposed to [bitcoin]. I understand every argument being made. The world is littered with great products [and] services that failed for lack of consumers.”