Breaking
How To Get Your Startup Business Off The...
How To Create A COVID Safe Construction Site
How to Make a Good First Impression at...
Best Legal Practices For Reopening Sports Venues During...
Why Now Is A Good Time To Start...
Here’s Why Texas Instruments’ Stock Growing Almost 2x...
LinkedIn’s 50 Best Startups To Work For In...
3 Marketing Mistakes Holding You Back From Hitting...
Is The Matter In Our Universe Fundamentally Stable...
Majority Support Covid-19 Price Controls Says New Brookings...
Reimagined Pan-Mass Challenge Approaches $41M 2020 Fundraising Goal
Is Bitcoin Poised To Bounce Back After Its...
These ‘Temporary’ COVID-19 Changes Will Become Permanent
How Will Our Mental Health Be Affected By...
Selling A Business During A Pandemic: When Talented...
Top 10 Digital Transformation Trends For 2021
Two Veteran Entrepreneurs Aspire To Clean Up America’s...
PPP Forgiveness Applications Are Opening Up. Should You...
Best Domain Registrar
Home Business U.S. Health Chief Arrives In Taiwan At Nadir In Washington-Beijing Ties
BusinessTechnology 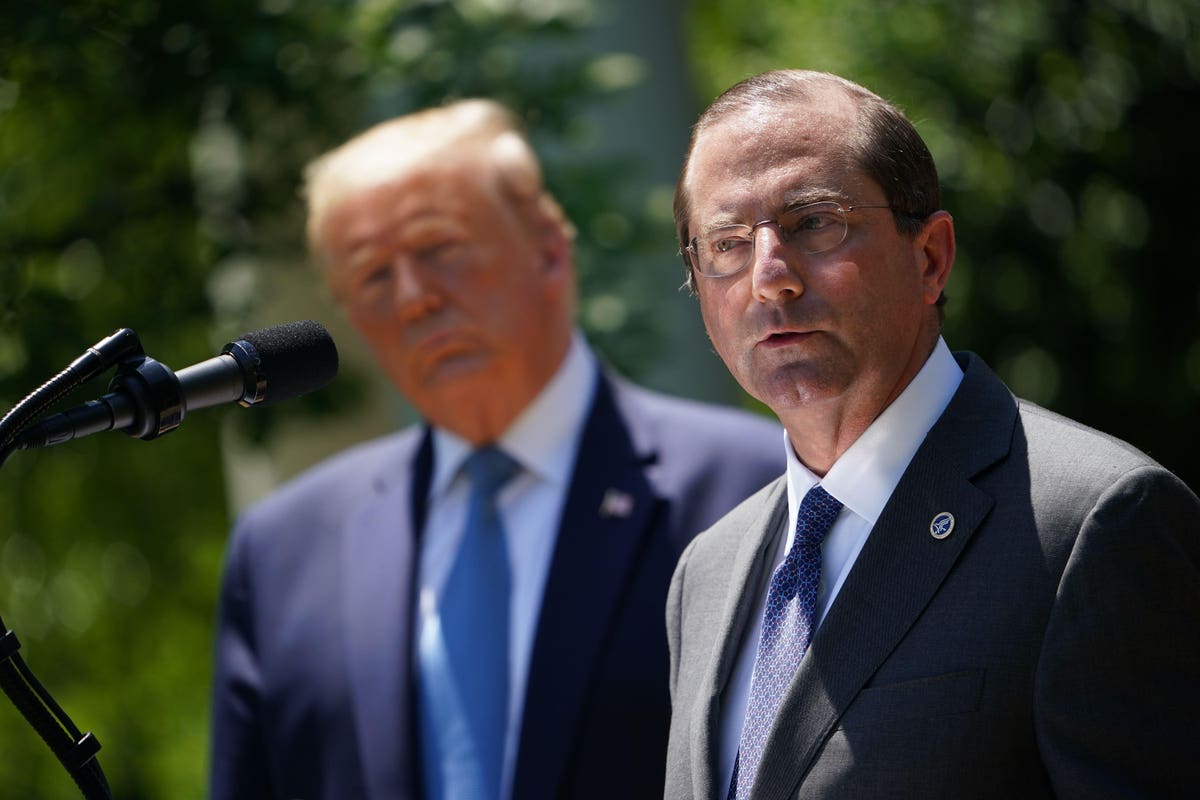 U.S. Health and Human Services Secretary Alex Azar today arrived on a historic visit to Taiwan ostensibly to exchange about the COVID-19 pandemic and public health. Yet his trip carries also plain political meaning at a time when U.S.-China relations have sunk to their lowest point since Washington and Beijing formed diplomatic ties four decades ago.

Azar’s visit is the first to Taiwan by a U.S. Health and Human Services secretary, the first by an American cabinet member in six years, and the highest-level arrival by a U.S. cabinet official since 1979 when Washington cut diplomatic ties with Taipei and made its relations unofficial.

Taiwan, with a population of 23 million, has since emerged as one of Asia’s most vibrant democracies and largest economies, boasting a free press and free speech. Beijing claims sovereignty over the island and hasn’t ruled out military force to take it. Taiwan formally calls itself the Republic of China, and says it’s already independent. China Premier Li Keqiang made headlines earlier this year by leaving out the word “peaceful” when talking about Beijing’s wish to “reunify.”

Taiwan has stood out of late with one of the world’s best records at controlling COVID-19, with only a total of 479 confirmed local cases and seven deaths. Americans have suffered through a world-worst 162,000 deaths and five million cases, suggesting Azar has plenty to learn during his stay in Taipei.

“Taiwan has been a model of transparency and cooperation in global health during the COVID-19 pandemic and long before it,” Azar said in a statement issued earlier this week issued by the American Institute in Taiwan, which carries out American policies in Taiwan. “This trip represents an opportunity to strengthen our economic and public health cooperation with Taiwan, especially as the United States and other countries work to strengthen and diversify our sources for crucial medical products,” he said.

The trip occurs amid growing negative sentiment in the U.S. towards Beijing in the aftermath of China’s early handling of the COVID-19 pandemic. According to a Pew Research Center survey in July, a record 73% of U.S. adults said they have an unfavorable view of the country, up 26 percentage points since 2018. Since March alone, negative views of China increased seven points, and there is a widespread sense that China mishandled the initial outbreak and subsequent spread of COVID-19, Pew said.

Ties have sunk further this month after President Trump announced plans to ban Chinese-owned TikTok and WeChat apps. Beijing criticized the decision, yet itself bans U.S. sites such as Google, Facebook and Twitter. China also responded harshly after Trump this week imposed sanctions on 11 Hong Kong and mainland leaders including Hong Kong Chief Executive Carrie Lam in connection with the imposition of a new security law that Chinese officials say is need to preserve stability but critics say curbs free speech.

Beijing’s chief representative in Hong Kong, Luo Huining, publicly mocked the U.S. president on Saturday by saying: “Isn’t such a ‘sanction’ in vain as I don’t have any assets abroad? Of course, I can also send US$100 to Mr. Trump for freezing,” according to a report in the South China Morning Post.

The rapid deterioration of Washington-Beijing ties has put businesses such as Starbucks and Johnson & Johnson that have invested in the mainland in a bind. Meanwhile, Washington is working to attract to attract key technology suppliers in Taiwan and elsewhere to invest in the U.S.; Taiwan Semiconductor Manufacturing, or TSMC, one of the world’s largest chip makers, this year agreed to build a plant in Arizona, a key Trump election state. Taiwan has numerous suppliers to Hon Hai Precision, Catcher Technology, Compal, Compeg, Advanced Semiconductor Engineering and TSMC.

Azar will speak to public health graduate students and alumni of a U.S. healthcare training program, where he will highlight Taiwan’s constructive role in the international community, especially in global public health, AIT said.

Azar will be joined by James Moriarty, Chairman of the Board of the American Institute in Taiwan; Dr. Mitchell Wolfe, Chief Medical Officer of the Centers for Disease Control and Prevention; Brian Harrison, Health and Human Services Chief of Staff; Garrett Grigsby, Director of the HHS Office of Global Affairs; and others.

U.S. and Taiwan authorities have been closely coordinating health and safety protocols for the delegation’s visit, AIT said. Azar will present two negative test results for COVID-19, and will follow local coronavirus prevention measures during his planned meeting with Taiwan’s leader Tsai Ing-wen and heads of government agencies, the Central News Agency reported today.  Although they will not have to undergo the compulsory 14 days of COVID-19 quarantine, they will have to wear face masks throughout their stay, the agency said.

Undoubtedly, Taiwanese are a lot more worried about Americans spreading COVID-19 here in Taipei than U.S. visitors are worried about catching the virus during their visit to Taiwan.

How This Entrepreneur Shifted Her Client To An Essential Business