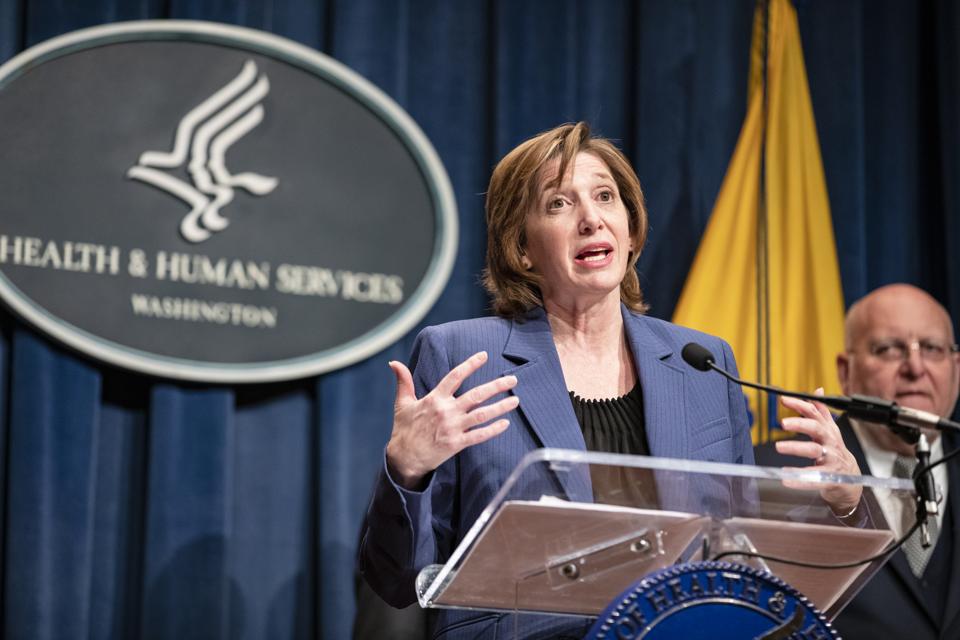 Today, the CDC reported the first death in the United States from COVID-19, the disease caused by the SARS-nCoV2 coronavirus.

The media briefing held at 3pm ET, revealed that the person who died was a man in his fifties in Washington State. The man reportedly had underlying health conditions and was a patient at Evergreen Health Hospital in Kirkland, WA.

The briefing also revealed that two more people in WA have tested positive for the disease. One of the people is a woman in her 40’s who is a healthcare worker from a long-term care nursing facility and the other is a resident of the facility in her 70’s, who is in a critical condition. Neither the two women or the deceased man had any known recent travel outside of the U.S.

The briefing indicated that there were also other people from the long-term care facility who are seriously ill with respiratory symptoms, but they have not yet been formally diagnosed with COVID-19.

“Our hearts go out to the family of the patient who died as well as the families of the people who are caught up in this outbreak,” said CDC spokesperson Dr. Nancy Messonnier. “The health of the residents, staff and community of this skilled nursing facility are a top priority. We will work with Public Health – Seattle and King County to support the care of the patients, the safety of the health care workers, and the well-being of the people in the surrounding community,” she added.

“It is important for people to remember most people with COVID-19 have milder illness, a small proportion will have severe illness,” said Lofy at the briefing, also indicating that it was possible that steps would be taken to cancel large public events in the state if the disease continued to spread.

Messonnier also reiterated that most people in the U.S. still have a small risk of contracting the virus and those most at risk remain people who have had close contact with someone diagnosed with COVID-19.

“We are facing a historic public health challenge. We will continue to respond to COVID-19 in an aggressive way. While we still hope for the best, we continue to prepare for this virus to become more widespread in the United States,” said Messonnier.

69 people in the U.S. have currently been diagnosed with COVID-19, including 44 evacuated from the Diamond Princess cruise ship. The first reported death comes as the CDC has come under intense criticism after experiencing issues with the distribution of COVID-19 testing kits and its guidelines for which labs are allowed to run the tests.

Zoom In HD: How To Up Your Videoconferencing...

Steve Forbes On The Promising Breakthroughs For Covid-19...