Breaking
4 Tips For Attracting Your First ‘Dream Client’...
Want To Generate More Sales This Holiday Season?...
Your ‘Harvest Moon’ Moment Is An Illusion: Why...
Google Meet’s Unlimited Calling Will Continue To Be...
The Need For Speed-Is Quantum Computing A Good...
Stock Market Crash: The End Game Approaches
Best Video Conferencing Software
House Democrats Debate Bill To Allow Student Loan...
For These Indigenous Artists “Land Back” Is Both...
The Current Tech Stock “Bubble” Reflects Pessimism, Not...
A Look At What’s Inside House Democrats’ New...
Page Authority 2.0: An Update on Testing and...
How Public Health Experts Are Harnessing The Power...
This Husband And Wife Built A Luxury Brand,...
This Husband & Wife Built A Luxury Brand,...
Luxury Footwear Brand Chelsea Paris Re-Launches And Stays...
Home Finance U.S. Senators Durbin And Grassley Ask Inspector General To Assess Bureau Of Prisons Actions To COVID-19
Finance

The Federal Bureau of Prisons (BOP) is coming under increasing pressure to implement some measures to stop the spread of COVID-19 within its 122 facilities across the country. The reporting of the accuracy of the number of real COVID-19 infections has come under fire, most recently in a case involving an 8th Amendment violation (Cruel and Unusual Punishment) ruling in the Northern District of Ohio related to the outbreak at FCI Elkton where six (6) inmates have died. In U.S. District Judge James S. Gwin’s order he cited the lack of testing as a major weakness in the BOP’s response to COVID-19. As testing has stepped up in some institutions, so have the number of reported outbreaks of the virus. Now, two United State Senators have asked the Department of Justice Office of Inspector General to look into the BOP’s response. 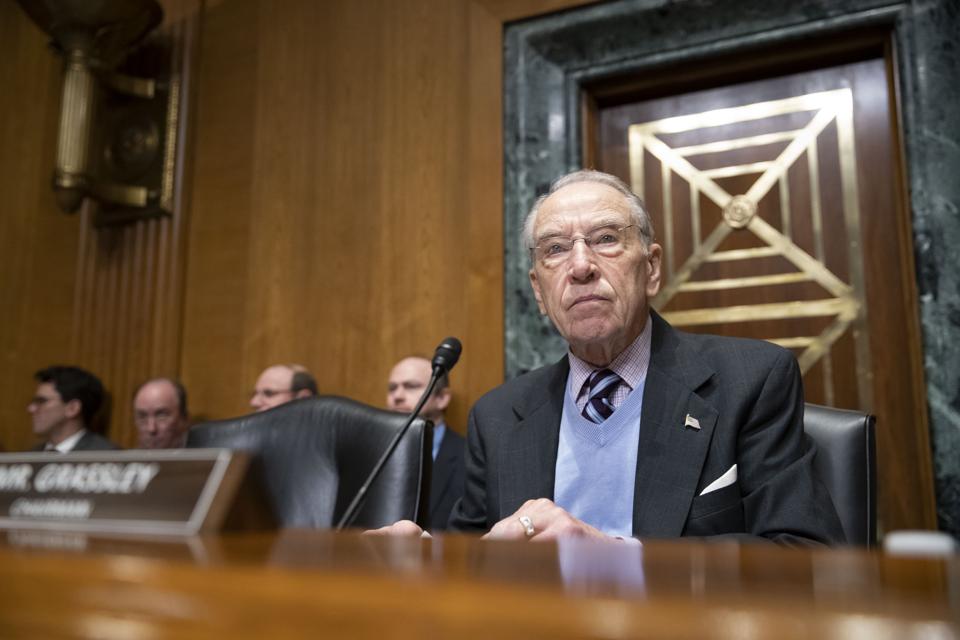 “We are concerned that BOP is not fully and expeditiously implementing relevant statutory authority and directives from the Attorney General. We are also concerned about how closely BOP is following CDC guidance or taking other preventive measures to adequately protect BOP staff and inmates from the spread of COVID-19,” the Senators wrote. “We also worry that BOP is significantly underestimating the rate of COVID-19 infection in BOP facilities because BOP has not yet conducted the number of tests on staff or inmates appropriate for facilities where a highly contagious virus can be easily spread.”

The BOP has come under scrutiny in recent days after announcing that there was a “list” with certain criteria for inmates to meet in order to get Home Confinement. A number of inmates and family members were subsequently told of an imminent release to Home Confinement only to be told days later that they would be staying in prison.

The Senators want to know if the BOP is “fully and expeditiously” implementing relevant legislative authorities and directives from Barr to release or transfer vulnerable inmates to help slow the spread of COVID-19.

Other areas of concern was the extent of testing within prisons and whether BOP staff has been given proper protective gear to do their jobs. Recently, Joe Rojas, regional vice president of the Council of Prison Locals, the labor union that represents federal corrections officers, sent an email to Congresswoman Val Demings;

“The BOP are distributing these cheap cloth masks to staff as PPE. The fabric is cheap and are made by inmates in unicor. These masks do not protect staff from virus , this is similar material which we make inmate boxers shorts , if you hold the material up to the light , it is see through , and obviously not effective.”

The OIG has issued a number of reports on BOP challenges over the years. We may be adding another to it.

How To Decide Your First Startup App Features