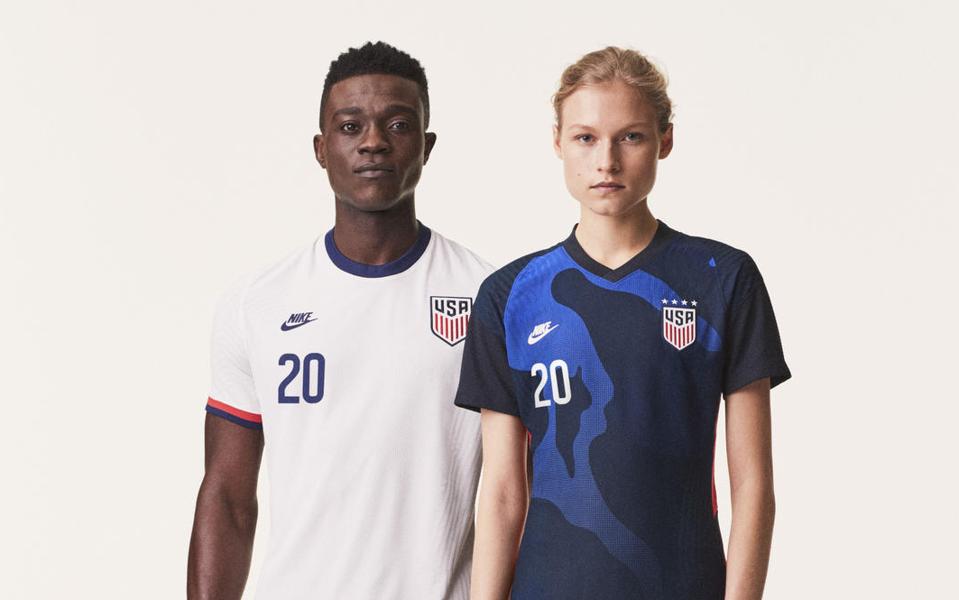 The new soccer kits for US Soccer

With both the 2022 FIFA World Cup qualifying cycle set to get underway across various parts of the globe and Olympic Qualifying for the women getting into full swing, now is as good of a time as ever for international teams to unveil some new looks for the upcoming cycle of competition.

Three nations who have decided to make this their moment are the USA, Nigeria and South Korea. Nike is the kit manufacturer for these three nations, so the kits have been released simultaneously. The obvious good news is that Nike appears to be continuing their move away from basing most of their kit designs around the same template, as all three teams are sporting some especially unique-looking uniforms here.

For starters, the new primary design for US Soccer is bringing the universal look of the program back to basics. After the women’s team won their fourth World Cup title while wearing a decidedly simple look, the rest of US Soccer is moving towards a simpler look. According to Nike, the stripes on the side of the jersey are purposefully jagged so that they will align whenever there’s a “full swipe of the leg.” This design also sees the USA return to wearing blue shorts with their primary kits. It’s a self-described “classic” look — the striping pattern on the socks and the usage of the Futura Nike logo instead of the swoosh seems to confirm the direction that they were going for with this design. 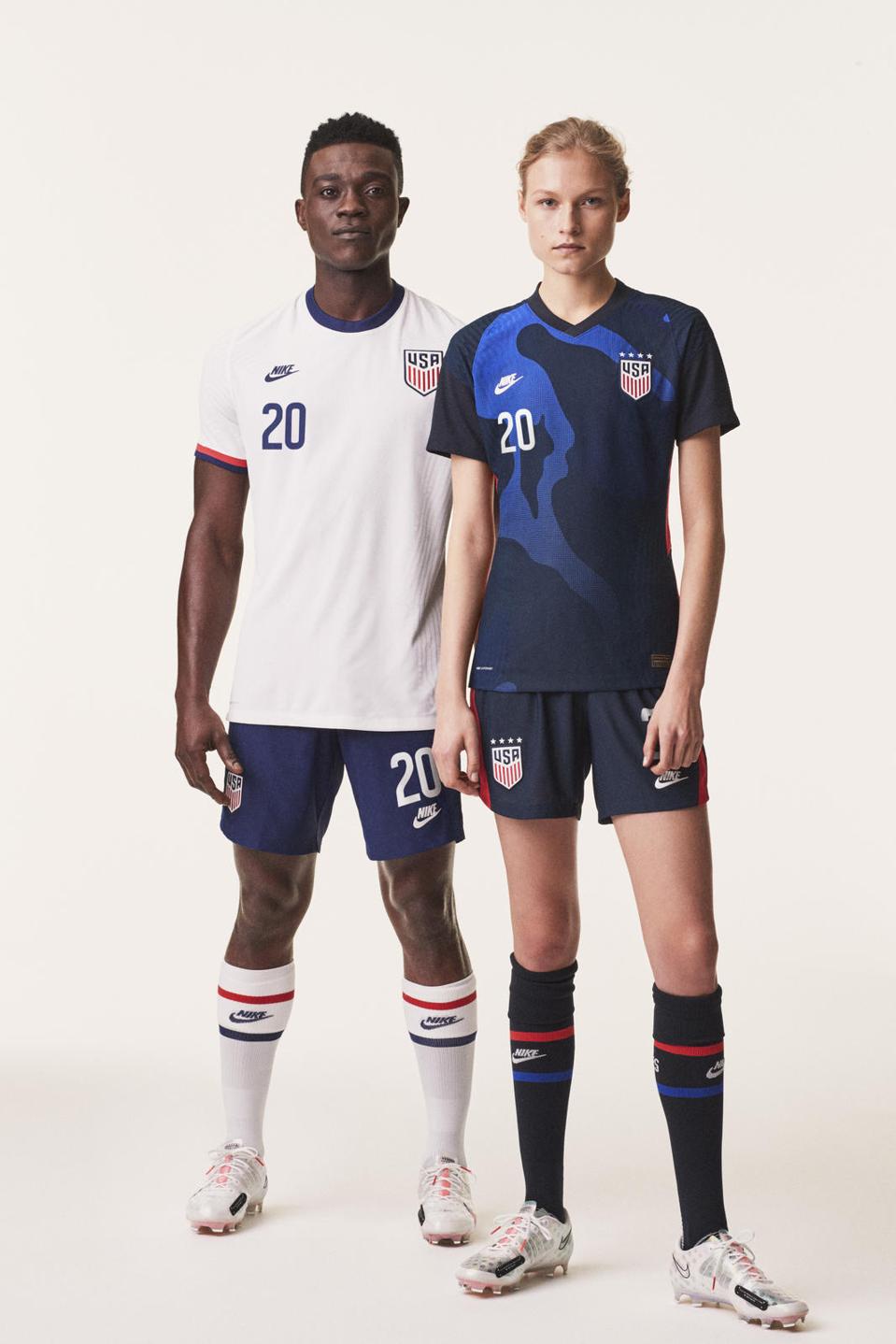 A look at the new US Soccer kits, both home and away.

On the other hand, the away design is a step below the home look and it’s solely due to the somewhat strange implementation of light blue camouflage on the obsidian blue shirt. The entire kit would have continued the home kit’s shift in a simpler direction but instead, we have one kit that’s clean and simple while another is unnecessarily complicated. With that being said, it’s still not a terrible kit and the overall look is an upgrade over the kits that were worn during the previous cycle.

However, both South Korea’s and Nigeria’s designs are proof that modern looks can be amazing. Nigeria was already at the top of the soccer kit world after they came out with an absolutely stunning and very popular look for the 2018 World Cup. The follow-up design for just the home jersey alone is another thing of beauty, as the Super Eagles went with a striking hand-drawn striping pattern on their primary shirts. From the green-white-green color pattern on the jerseys to the incredibly vibrant look, this is an example of pushing the envelope on design in a positive manner. 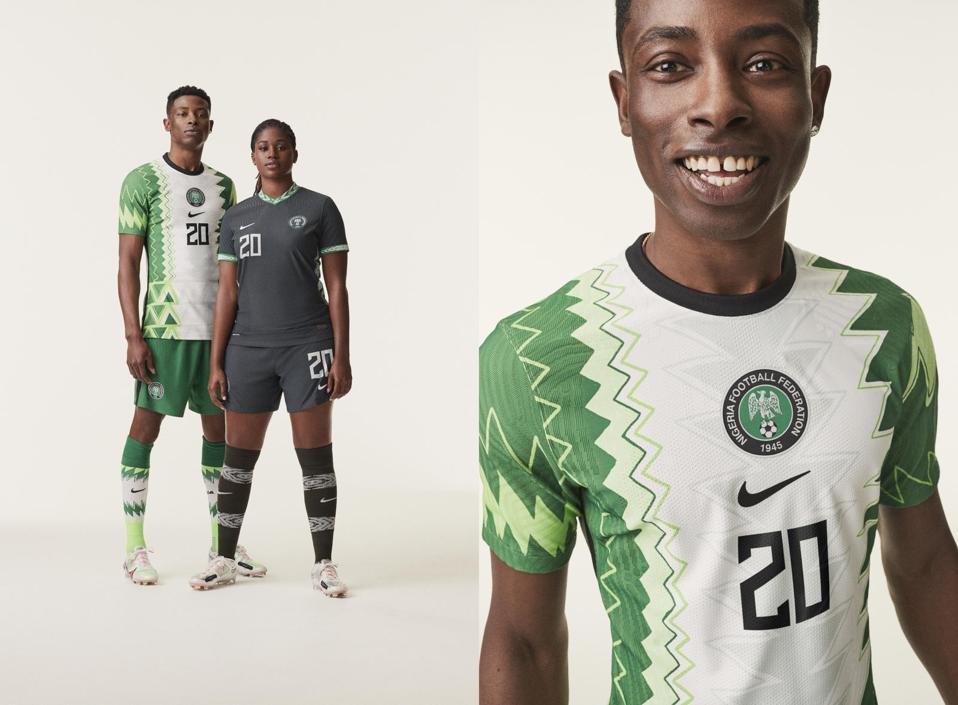 Another example of modern excellence in design for the Nigerian national team.

Meanwhile, the cutting-edge design continued on with South Korea’s kit offering for the next competitive cycle. The big focal point here is actually the away kit, as they took the the team’s nickname of “Tigers” to heart and turned it into a literal design pattern. It’s a mostly white kit with black tiger stripes and gold numbering and lettering, with the crest also coming in gold as well. Similar to how the Nigeria home kit is an example of modern design done well, the Korean away kit is an example of turning what should be a wacky idea on paper into something that could be seen as an instant classic when it comes to kit design. 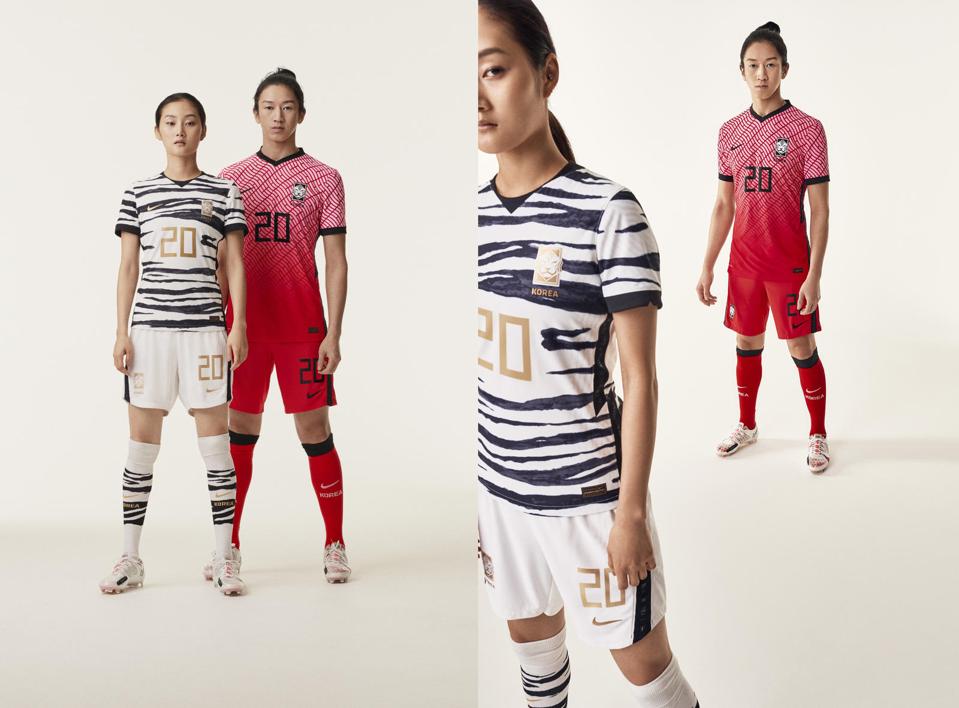 The overall consensus for all three of these new looks is that there isn’t really a major misstep in terms of design. The only personal quibbles that I have are with Korea’s usage of a gradient design on their home kit and the aforementioned camouflage on the USA’s away kit. Those are still better designs than what they had before and it’s mostly due to the fact that the designs actually feel unique instead of having to conform to a template. Uniqueness goes a long way and it definitely helps for all three of these nations as they head into another cycle of international soccer.

When It Comes To Electronic Voting, California Is No Iowa