Breaking
Why businesses should prioritise Cyber Security
What You And Your RTO Business Need To...
4 SEO Trends for Websites You Should Not...
3 Reasons Why Desk Booking Is Rising In...
8 Tips to Play & Win at Online...
How can software benefit facility management?
Do Professional Casino Players Pay Taxes for the...
Becoming a Trading Expert: What Is the Best...
Dos and Don’ts for B2B Organisations in 2022
Should your business be using Machine Vision?
Colour Masterbatch vs Raw Pigments – Which Is...
Keeping your business moving as you expand online
Top Four Celebrities Who’ve Invested In Cryptocurrency
Why is Cloud Computing Tipped to be the...
How to Raise Money for Non-profit Organizations in...
Choosing the right theme for your WordPress Business...
Home Business U.S. To Buy 100 Million Doses Of Moderna Coronavirus Vaccine
BusinessTechnology 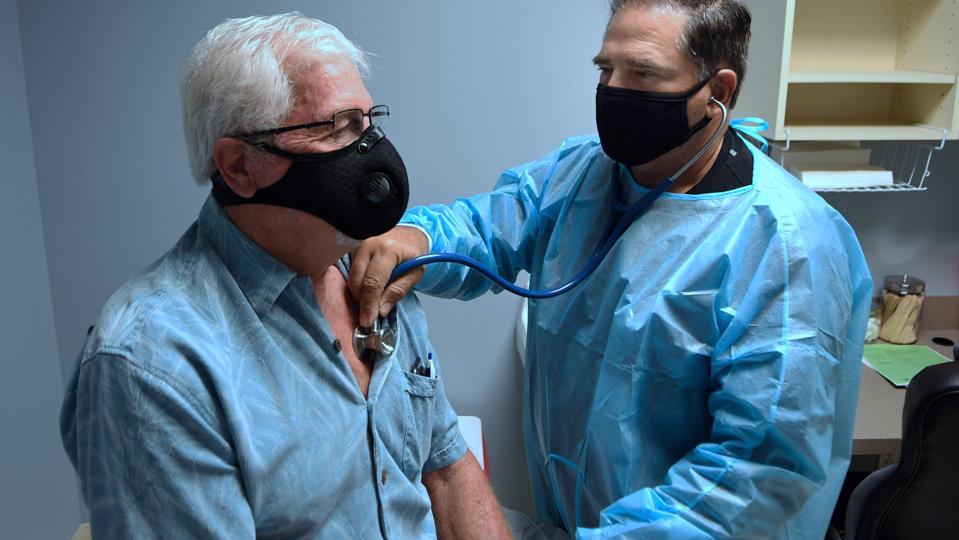 Tony Potts, a 69-year-old retiree living in Ormond Beach, is examined by Dr. Bruce Rankin, Medical … [+] Director at Accel Research Sites, before Potts receives his first injection as a participant in a Phase 3 COVID-19 vaccine clinical trial sponsored by Moderna on August 4, 2020 in DeLand, Florida.

The government is spending $1.525 billion on the deal, which amounts to roughly $15 per dose.

Moderna said the government has the option of purchasing another 400 million doses in the future as part of the agreement.

Moderna started late-stage human clinical trials on 30,000 volunteers at the end of July, and has said results may come in October.

The White House has made similar deals over the last few months with other companies developing vaccines, including Johnson & Johnson,  Pfizer, Novavax, AstraZeneca and GlaxoSmithKline and Sanofi.

The U.S. has already given $955 million to help Moderna research develop its vaccine through the Biomedical Advanced Research and Development Authority.

Moderna shares jumped 11% in after hours trading following the announcement.

“For Operation Warp Speed, we are assembling a broad portfolio of vaccines to increase the odds that we will have at least one safe, effective vaccine as soon as the end of this year,” said HHS Secretary Alex Azar.

The deal is part of Operation Warp Speed, a public-private partnership launched by the federal government to develop and deliver vaccines as fast as possible. The idea behind buying initial batches of vaccines that have yet to be approved by the FDA is that the military will be ready to distribute doses as soon as one candidate is given the go-ahead. There are eight vaccines undergoing phase three trials, according to the New York Times, including a partnership between German company BioNTech and Pfizer as well as a vaccine developed by British-Swedish company AstraZeneca and the University of Oxford.

Even though a vaccine might be proven safe and effective by early next year, Dr. Anthony Fauci said last month he doesn’t anticipate widespread availability with hundreds of millions of doses until “several months in” to 2021.