Breaking
Top Stocks To Short Today As Markets Fall...
Three New York-Based Sustainable Fine Jewelry Brands That...
This Week In Credit Card News: No-Interest Credit...
Thirteen Predictions For 2021 In Sustainability Private Equity...
How Too Much Optimism On Vaccines And The...
Nine Strategies To Make Your New Year’s Resolutions...
Paper-Free Isn’t Enough: The Keys To Sustainable Web...
The Era Of Multimedia Engagement
Is Twitter’s Stock Move Overdone?
Why Does The Chancellor Refuse To Help The...
‘WandaVision’ Episode 1 Recap And Review: A Crackerjack...
How To Move From An Office To A...
Managing Customer and Vendor Relationships: 4 Things to...
Prince Charles Wants Companies To Raise £7.3bn For...
$3 Million Martian ‘Drone With Claws’ Set For...
Biden Will Push Congress To Pass $1.9 Trillion...
Home Business U.S. To Evacuate Citizens From Quarantined Coronavirus Cruise Ship In Japan
Business 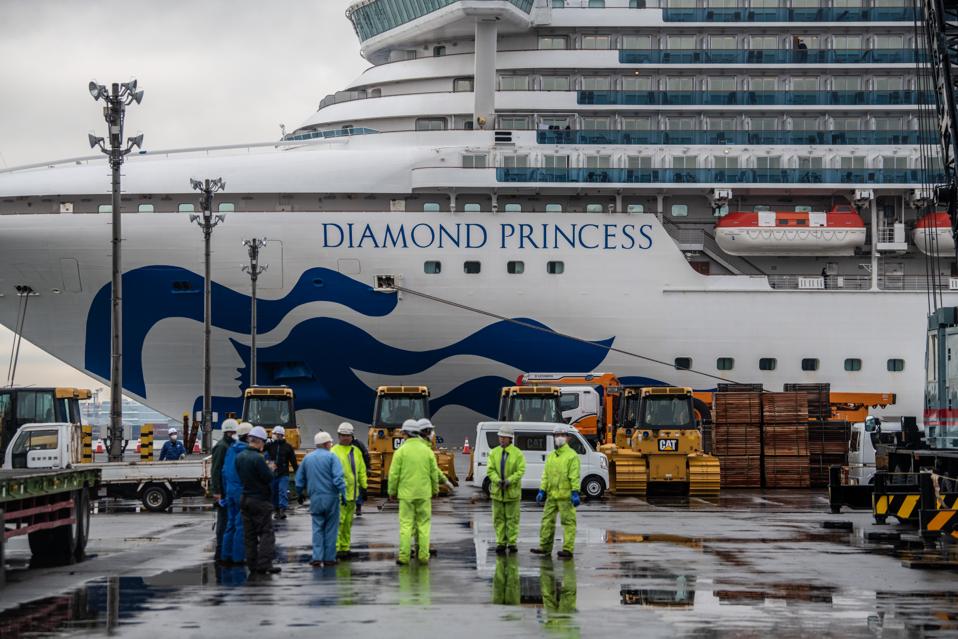 The U.S. has announced plans to evacuate American citizens from the Diamond Princess cruise ship, … [+] currently held in quarantine by Japanese authorities at Yokohama port. (Photo by Carl Court/Getty Images)

The U.S. plans to evacuate 380 American citizens from the Diamond Princess cruise ship, which has been held in quarantine at the Japanese port of Yokohama since February 6th.

The news, first reported late Friday evening by the Wall Street Journal, indicates that two planes will be sent by the U.S. State Department to evacuate Americans as soon as Sunday, according to Henry Walke, Director of the Center for Disease Control (CDC) Division of Preparedness and Emerging Infections.

Any citizens without symptoms of COVID-19 will be allowed to board the flights which are likely headed to Travis Air Force Base in California, the same place where many of the people evacuated directly from Wuhan remain in quarantine. The passengers are likely to be quarantined there for a further 14 days after arrival to make sure they pose no threat to the U.S. public.

Over 200 passengers and crew on the ship have been diagnosed with COVID-19 and taken to local hospitals for treatment, but nearly 3,500 people remain quarantined on board. A Japanese official who worked to transport infected patients to hospitals on shore has also reportedly contracted the virus, despite wearing protective equipment.

All the cases are thought to have stemmed from an 80-year old man from Hong Kong who disembarked the ship at the end of January and was later diagnosed with COVID-19.

As the number of cases has risen, experts have been increasingly critical of the quarantine tactics employed by the Japanese authorities, with many feeling that the number of people now infected by the coronavirus strain means it is unethical to keep remaining passengers and crew on board the ship.

Earlier on Friday, Japanese authorities began transferring elderly passengers and those with preexisting health conditions to shore. It also offered passengers staying in windowless, internal cabins the opportunity to move to accommodation onshore to continue the quarantine.

Half of the passengers on board the ship are Japanese, but the ship has passengers and crew of dozens of different nationalities, including 255 Canadians and 228 Australians. The U.S. is the first country to announce a plan to evacuate its citizens from the stricken ship.