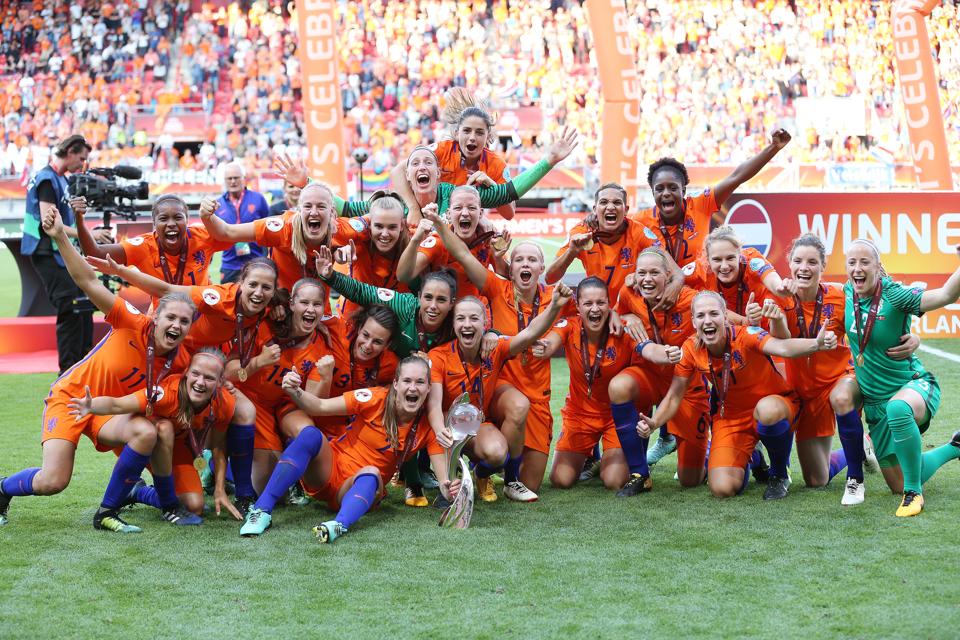 As a succession of major sporting events realign themselves within the context of a congested post-Coronavirus calendar, the UEFA Women’s Euro hosted by England finds itself caught in limbo, squeezed out of its original dates in the summer of 2021 by a rescheduled men’s Euro and Tokyo Olympics and with no clear window in which to position itself for 2022. World Athletics’ decision on Wednesday to move its World Championship from August 2021 to July 2022 is a further impediment on the women’s soccer tournament’s ability to become a focal point of the sporting summer.

The one certainty is that the UEFA Women’s Euro, originally scheduled to be played from 7 July to 1 August 2021 in what was an open sporting window for the host broadcaster, the BBC, will be moved. Following the decision on 17 March to postpone Euro 2020 until the following year, UEFA together with the European Club Association, the European Leagues and FIFPro Europe signed a resolution which stated among other things that “the UEFA Women’s EURO. . will be re-scheduled accordingly”.

The European governing body’s decision move the men’s Euro had caused the tournaments to overlap. With the men’s tournament involving two semi-finals and a final in London in the second week of July, holding both tournaments concurrently was always a non-starter. Speaking to The Associated Press, UEFA President Aleksander Čeferin stated “I don’t think that we should cannibalize the women’s Euro with the men’s Euro just one month before”.

Suggestions that UEFA were considering shifting the women’s Euro back a few weeks to accommodate the men’s Euro ended when the IOC last week announced their new dates for the Tokyo 2020 Olympics. With three European teams already qualified to take part in the Olympic Women’s soccer tournament beginning on 21 July 2021, including women’s Euro hosts England (competing as Team GB), there now appears no chance of the European Championship taking place in the summer of 2021. 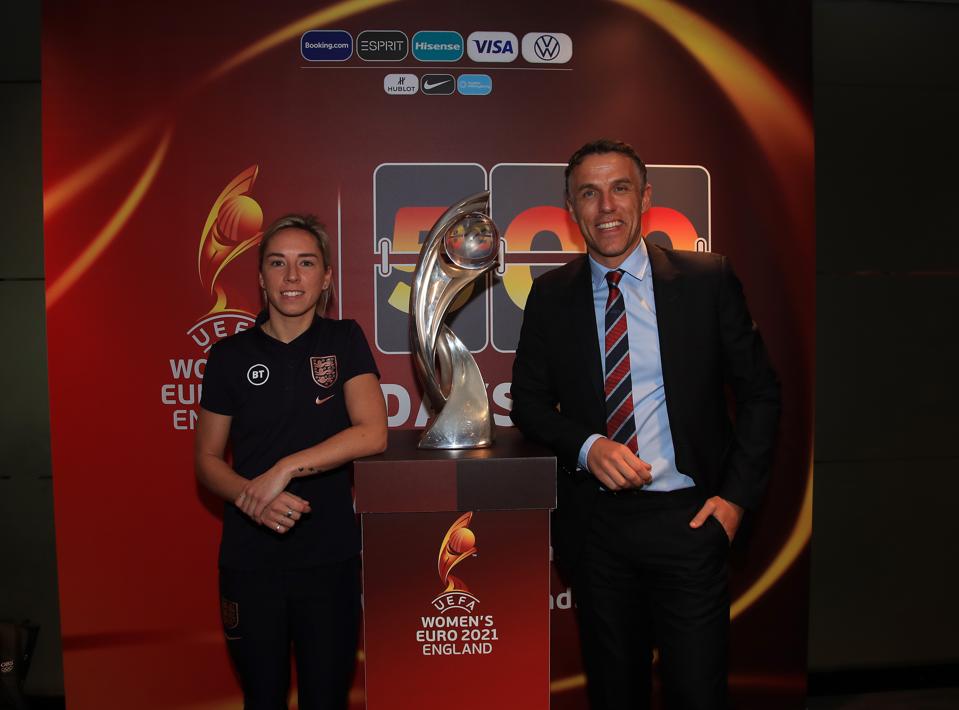 UEFA are yet to officially confirm this following a video-conference with all 55 member associations last Wednesday but in a statement on the Danish Football Association (DBU) website it was revealed that “at the meeting it was decided that the women’s European Championship in England will be pushed from the summer of 2021 to the following year”. DBU Director Jakob Jensen added, “overall, it is good for the women’s team and women’s football to get more room and more attention in the summer of 2022, where we can create a huge football party. We will experience some changes that are not all optimal for our national teams and the coaches’ work. Conversely, we all know that these changes are both responsible and necessary at a time when the entire community is experiencing tremendous upheaval and change”.

Last July on the back of record TV audiences for the FIFA Women’s World Cup, the BBC was announced as the host broadcaster for the UEFA Women’s Euro. Director of Sport, Barbara Slater proclaimed that “at the start of this summer we wanted to shift the dial on women’s football and I feel the phenomenal coverage from France has done just that”. UEFA Marketing Director Guy-Laurent Epstein added that “the BBC will provide an unprecedented level of coverage for the competition in the host country, ensuring that the women’s game is brought to the rapidly increasing fan base in an outstanding manner”.

If moved to 2022, there is a designated window in the FIFA Women’s International Match Calendar between 4 July and 7 August, which mirror the initial 2021 dates for the tournament. Staging the tournament any earlier is, for the moment, complicated as the period from 13 to 21 June is reserved for FIFA Women’s World Cup qualification matches which will involve every European national team.

World Athletics’ decision yesterday to reschedule their World Championship from 6-15 August 2021 to 15-24 July 2022 in order to avoid a clash with the athletics program at the Commonwealth Games and European Athletics Championships further congests the broadcasting window for the Women’s Euro. The BBC is also committed to live coverage of the World Athletics Championship, an event which requires many hours of programming throughout the day. Last October, Slater promised to “provide audiences across the country with the best coverage of our British athletes and world superstars”.

The multi-sport Commonwealth Games, although not involving any soccer, is also set to take place in 2022 from 27 July to 7 August in Birmingham, England. Although not a women’s Euro host city, Birmingham would be keen to avoid a direct clash with another major sporting event in the country. 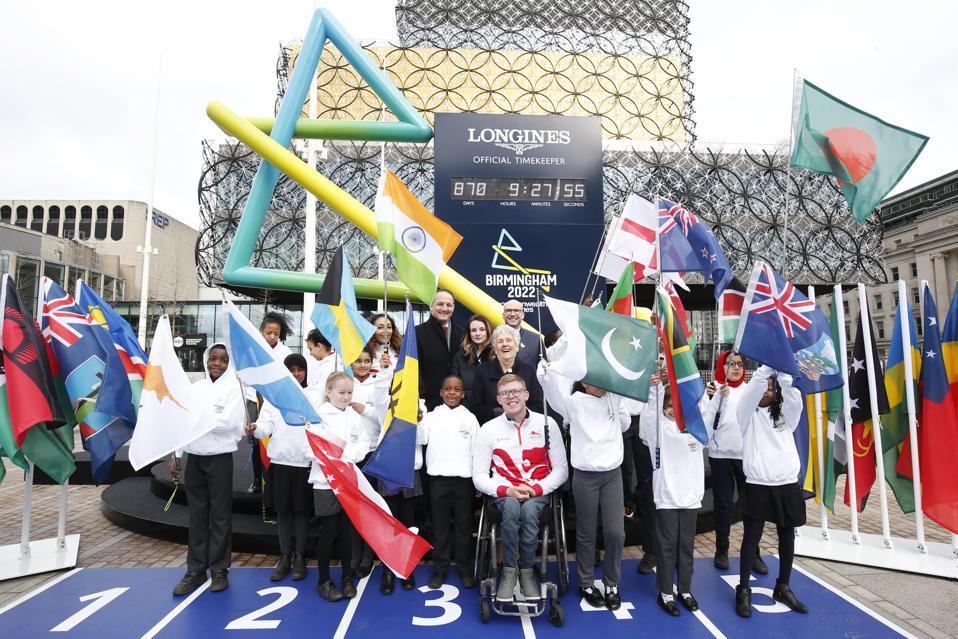 According to John Crabtree, Chairman of the Birmingham 2022 Commonwealth Games, “over the past week, the Commonwealth Games Federation, working with other Birmingham 2022 Games Partners, has been in positive and collaborative talks with UEFA, World Athletics and European Championships. We want to ensure athletes are at the center of decision-making and that those who want to are able to compete in multiple world-class events”.

“World Athletics has confirmed their dates for the World Athletics Championships earlier today but discussions with federations and event organizers are still ongoing”.

Then there is the men’s football season. Although the decision to stage the men’s World Cup in December 2022 frees up the summer for a women’s tournament to take center stage, it is inevitable that the men’s league season will have to commence earlier in order to accommodate the six-week period required for a winter World Cup, possibly in mid-July 2022.

In a statement regarding the Women’s Euro made last week, UEFA admitted that “the summer of 2022 is indeed a likely option but UEFA will be looking to maximize the benefits to the development and profile of women’s football when making decisions on the timings for these competitions”.

When that could be in the increasingly cramped sporting summer of 2022, remains to be seen.

Ask Larry: Will My Social Security Retirement Benefits Increase If I Work Past 70?

Restaurant Entrepreneur Prevails As Founder Of The Red...