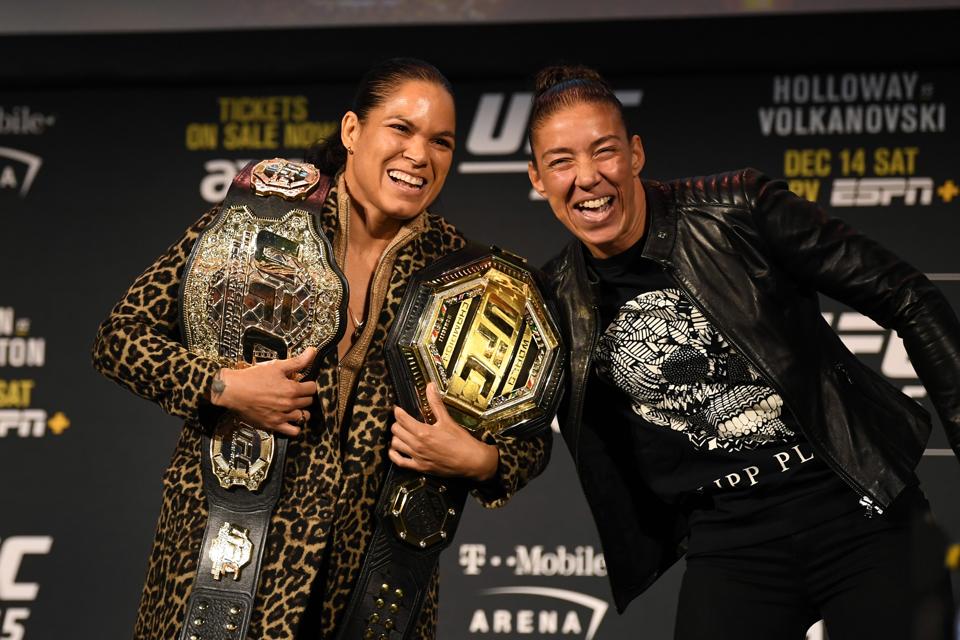 On Saturday, the UFC wraps up its pay-per-view schedule for 2019 with UFC 245. The ESPN+ streaming PPV card features three title fights at the top of the card. The first of those matchups sees two-division UFC champion Amanda Nunes put her women’s bantamweight title on the line against former women’s featherweight titleholder Germaine de Randamie.

Here are some stats, facts and numbers for the upcoming rematch matchup between Nunes and De Randamie. Nunes won the first bout between these two via TKO in the first round.

Nunes has a striking accuracy of 51.5 percent.

Nunes has a takedown accuracy of 40.7 percent.

Nunes has a takedown defense of 78.3 percent.

Nunes has claimed five “Performance of the Night” bonus awards.

Nunes is on a nine-fight winning streak.

Nunes has the most wins in UFC women’s bantamweight history with 10.

Nunes is one of four fighters to hold two UFC titles at the same time and the first woman to do so.

Nunes has the most finishes in UFC women’s history with nine stoppage victories.

Nunes has more knockouts than any other woman in UFC history with seven.

De Randamie has a striking accuracy of 48.4 percent.

De Randamie has a takedown accuracy of 0.00 percent.

De Randamie has a takedown defense of 91.2 percent.

De Randamie has claimed one “Performance of the Night” bonus.

De Randamie has won five fights in a row.

De Randamie is tied for the fastest knockout in UFC women’s bantamweight history for her 16-second stoppage of Aspen Ladd.

The Most Defining Pop Culture Moments of the...