Breaking
Meet George The Poet: Spoken Word Artist Partnering...
Parrot Plumage Color May Be Linked To Body...
Best Applicant Tracking Software
Recent Precious Metals Dip A Buying Opportunity
Looking For Venture Capital? Here’s How One 50+...
Growing Your Retirement Money Using 401(k) Dollar-Cost Averaging
Wellness Exec Abby Miller Levy Partners With Venture...
Microsoft Teams Issues Strike To Zoom With Tidal...
What’s Coming For The S&P 500 In October
4 Ways You Can Showcase Empathy With Your...
A $22,000 Microsoft Surface Will Soon Be For...
Zooming In – Should SMEs Invest In The...
iOS 14: The Surprising Security Risk Of Sharing...
How A Break From Lord Sugar Changed The...
Sunday’s Google Doodle Is Actually About Google
Office Of The Comptroller Of The Currency Chief...
Home Business UFC 246 Preview: Facts, Stats And Numbers From Donald Cerrone’s Record Setting MMA Career
Business 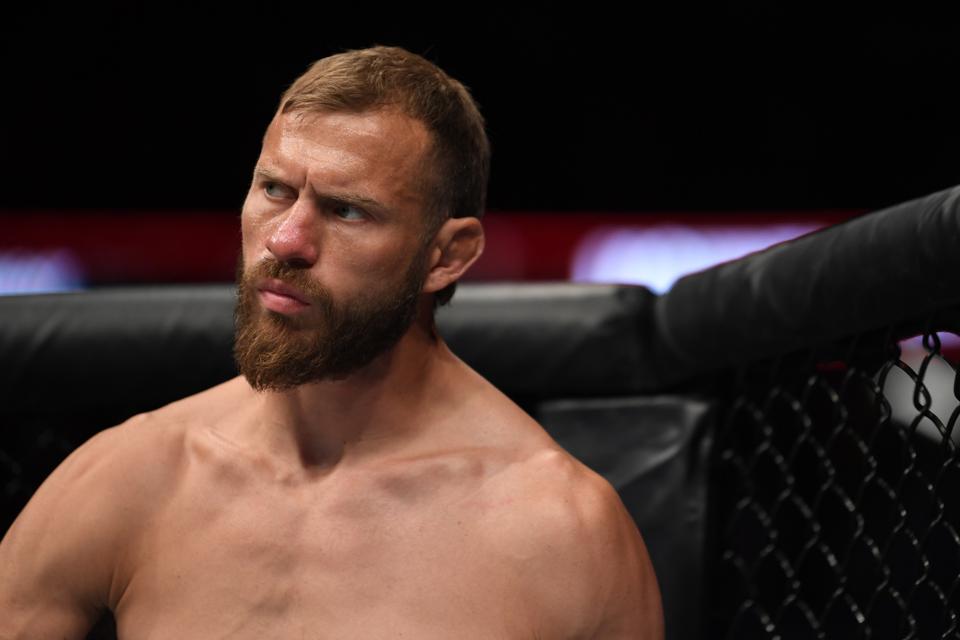 OTTAWA, ON – MAY 04: Donald Cerrone stands in his corner prior to his lightweight bout against Al … [+] Iaquinta during the UFC Fight Night event at Canadian Tire Centre on May 4, 2019 in Ottawa, Ontario, Canada. (Photo by Jeff Bottari/Zuffa LLC/Zuffa LLC via Getty Images)

Here is a look at some of the more impressive facts, stats and numbers from Cerrone’s MMA career ahead of Saturday’s fight card.

Cerrone’s knockdown average is 0.95 per 15 minutes.

When Cerrone steps into the octagon at UFC 246, he will hold the record for most UFC fights with 34.

Cerrone has the most wins in UFC history with 23.

Cerrone has the most finishes in UFC history with 16.

Cerrone has the most post-fight bonuses in UFC history with 18.

Cerrone has landed 1,535 significant strikes, fourth most in UFC history.

Cerrone has earned seven knockouts in the UFC via kicks, the most in UFC history.

Cerrone has successfully defended 90 percent of his lightweight opponents’ takedown attempts, second most in UFC history.

Cerrone is 6-4 as a UFC welterweight.