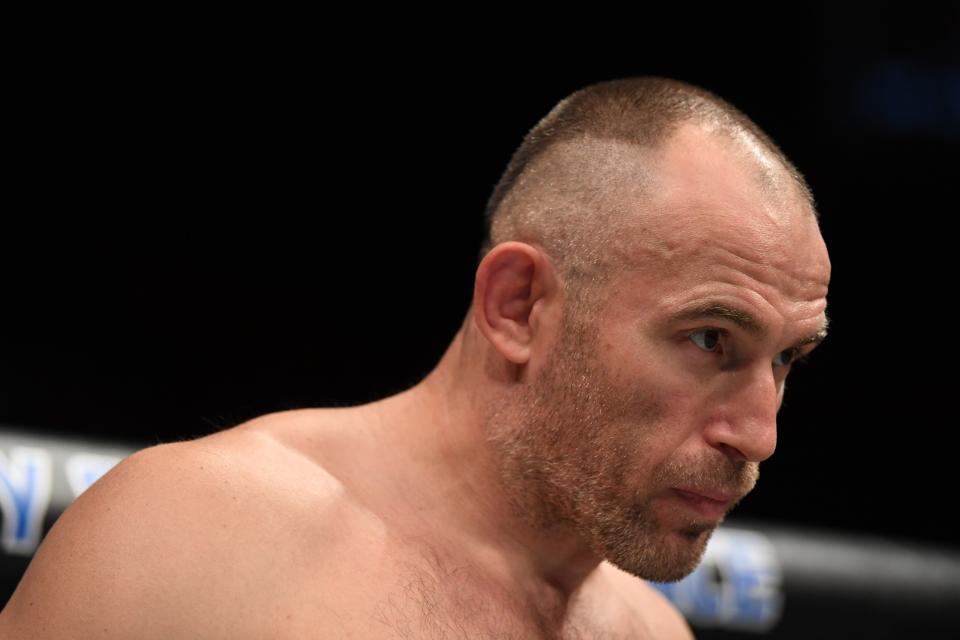 SAINT PETERSBURG, RUSSIA – APRIL 20: Aleksei Oleinik of Russia stands in his corner prior to his … [+] heavyweight bout against Alistair Overeem of The Netherlands during the UFC Fight Night event at Yubileyny Sports Palace on April 20, 2019 in Saint Petersburg, Russia. (Photo by Jeff Bottari/Zuffa LLC/Zuffa LLC via Getty Images)

Like the strawweight fight between Claudia Gadelha and Alexa Grasso, the heavyweight matchup between Aleksei Oleinik and Maurice Greene feels like it’s been booked to assess where Greene stands in the heavyweight pecking order.

The 33-year-old Greene, who goes by the memorable nickname of “Crochet Boss,” was 3-0 in the UFC before former Fight Nights Global heavyweight champion Sergei Pavlovich scored a TKO win over him in October.

Matching Greene up against Pavlovich might have been rushing the young (for a heavyweight at least) fighter. However, we do know that although the fight was short, Green’s team at Factory X will have gleaned a lot of information from that loss. That squad, led by the much-respected Marc Montoya, is one the better MMA gyms these days. Another thing Greene should be prepared for is the ability of his opponent at UFC 246 to secure odd choke submissions.

The 42-year-old Oleinik, who scored back-to-back “Performance of the Night” bonuses for his two first-round submission wins in 2018, is coming off two first-round knockout losses in 2019. Oleinik is currently the No. 12 ranked fighter in the official UFC heavyweight rankings.

Oleinik has a total of 70 professional fights to his name. He has won 45 of those via submission. That number includes two Ezekiel chokes, which is two more than any other fighter who has ever entered the octagon. Greene is much less experienced than Oleinik. He has 11 career fights and sports a record of 8-3, with half of those eight wins coming by submission.

The odds in this contest do favor the younger fighter. If Greene does want to win this fight, he needs to do everything he can to avoid going to the ground with Oleinik, who has only been submitted twice in his career. One of those submission defeats took place in 1997 and the other happened in 2004.