Breaking
What You And Your RTO Business Need To...
4 SEO Trends for Websites You Should Not...
3 Reasons Why Desk Booking Is Rising In...
8 Tips to Play & Win at Online...
How can software benefit facility management?
Do Professional Casino Players Pay Taxes for the...
Becoming a Trading Expert: What Is the Best...
Dos and Don’ts for B2B Organisations in 2022
Should your business be using Machine Vision?
Colour Masterbatch vs Raw Pigments – Which Is...
Keeping your business moving as you expand online
Top Four Celebrities Who’ve Invested In Cryptocurrency
Why is Cloud Computing Tipped to be the...
How to Raise Money for Non-profit Organizations in...
Choosing the right theme for your WordPress Business...
A Guide to Using Celebrities to Promote Your...
Home Technology UFC 246 Weigh-In Results: One Fight Cancelled After Gross Overage On The Scales
Technology

UFC 246 Weigh-In Results: One Fight Cancelled After Gross Overage On The Scales 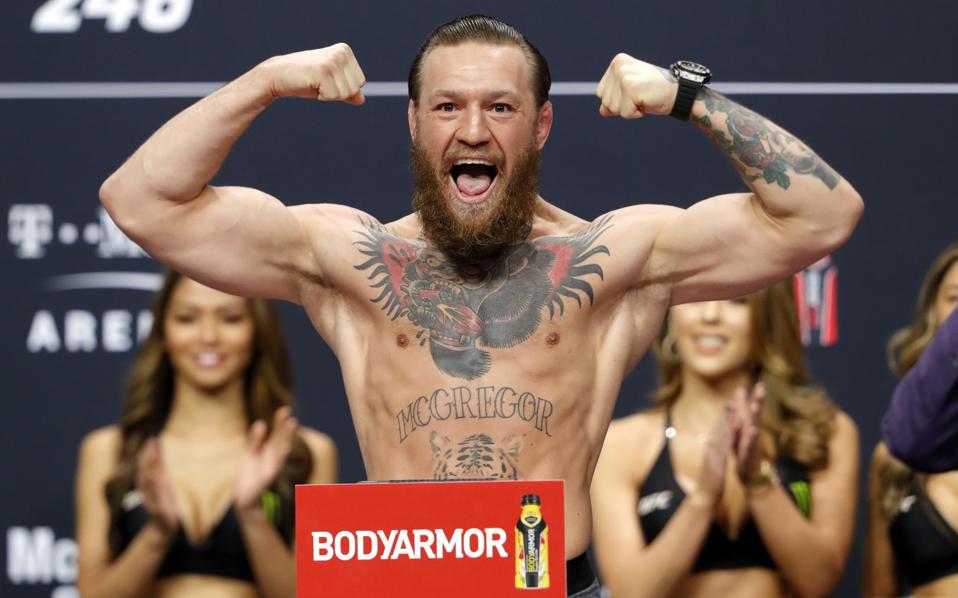 The main event bout between Conor McGregor and Donald Cerrone is official. Both men weighed in at 170 pounds on Friday and their fight is a go. Unfortunately, the event lost its second fight from the original card.

Earlier in the week the Chas Skelly vs. Grant Dawson bout was scratched because of an injury to the latter. On Friday, Alexa Grasso missed the strawweight limit by a whopping 5.5 pounds.

As a result, her fight with Claudia Gadelha was cancelled. The Nevada State Athletic Commission prohibits a fight to go forth when one of the athletes has missed weight by more than three pounds.

Grasso posted a statement on Instagram following the bout’s cancellation:

Here is the English translation Grasso included in the post’s comment section. She ends by saying she is officially moving to flyweight:

I want to apologize to Claudia Gadelha and the UFC I know this is a fight all were waiting a lot, including me. I trained very much for this and I did everything to lose those pounds. The commission did not allow our combat although my opponent and I agreed with the sanction this implied for me. The doctors did not allow me to compete.You don’t know how difficult it has been lately to keep me in this weigh class. It was not a lack of discipline because even if I do not have a fight I’m ALWAYS on diet.I turned 26 and my body is not the same, I am growing and I am in this biological process where my metabolism is changing.I have lived in recent years to the limit of what a body needs to be healthy, and yet I have always fulfilled my obligations.Let’s not talk about a flu or if my period is crossed because that added to the diet had made the weigh cuts a real suffering.I never complain or tell these things because I am not that kind of person and I always show you my best attitude.My team and I have decided that the smartest and healthiest thing to do is to be in other weigh class.With all the respect that it deserves and of course pain in my heart I say goodbye to the strawweight division 115 LB This year has a different goal for me and I officially move to Flyweight 125 LB. I know that at this weight I will be healthier and stronger giving my body all the nutrients it needs.Thanks to all the people who support me, my Lobo team and my coaches who are with me every day and know that what I do is completely a commitment to my sport and my career. I start a new stage in my life!

Here is a look at the official weigh-in results for every fight:

Because the Gadelha-Grasso fight was supposed to be a part of the main card, the UFC and ESPN+ needed to replace it. Thus the UFC main roster debut of the promising Ode Osbourne has been elevated to the PPV portion of the show.

Osbourne will be facing UFC veteran Brian Kelleher in what could be a great fight. Osbourne is a well-rounded fighter with excellent quickness, good power and some advanced submission skills.

He demonstrated the latter in July when he submitted Armando Villareal in the first round of his Dana White Tuesday Night Contender tryout fight. Grasso’s loss could be Osbourne’s gain. Kelleher won’t roll over. He has surprising power in his hands, and when he’s not too aggressive on the ground, he’s a strong grappler.

We nearly had another instance of a fighter missing weight for the event. Sabina Mazo was a half-pound over, but she was granted an additional hour and was able to get down to 125.5. As it stands, the card is mostly intact and most importantly, the main event is official.

How To Watch Or Live Stream UFC 246: Conor McGregor Vs. Donald Cerrone