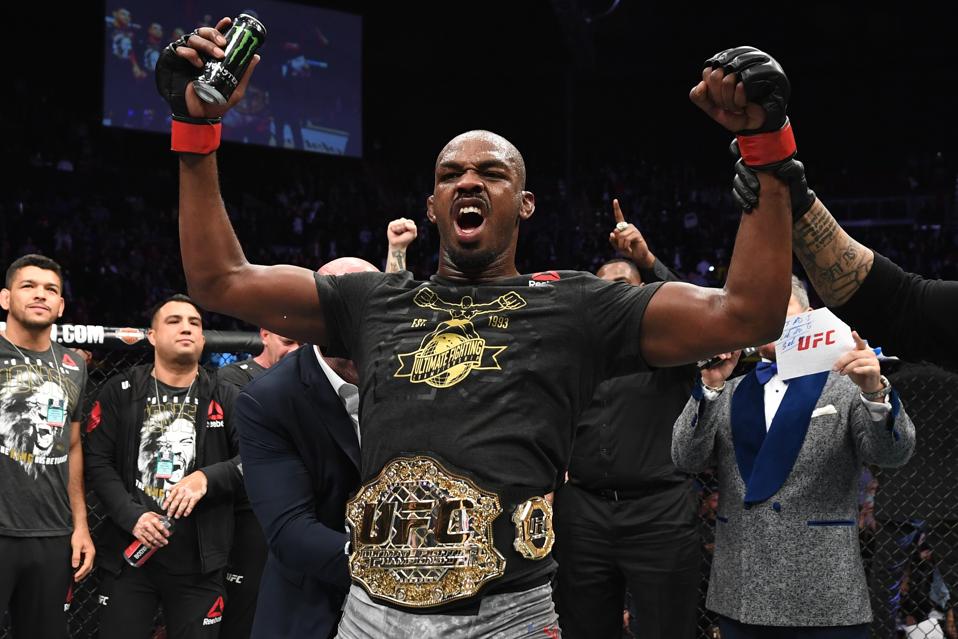 INGLEWOOD, CA – DECEMBER 29: Jon Jones celebrates his KO victory over Alexander Gustafsson of … [+] Sweden in their light heavyweight bout during the UFC 232 event inside The Forum on December 29, 2018 in Inglewood, California. (Photo by Josh Hedges/Zuffa LLC/Zuffa LLC via Getty Images)

From all indications, Jon Jones’ second stint as the UFC light heavyweight champion when he knocked out Daniel Cormier via head kick at UFC 214. However, that win was later overturned and ruled a no contest after Jones failed a drug test related to the fight. With that drug test failure, the 205-pound title reverted to Cormier.

When Jones returned from his USADA suspension, he was booked to face Alexander Gustafsson in the main event of UFC 232. The fight was for the light heavyweight title, which Cormier, who was also the heavyweight titleholder, vacated that 205-pound title on the day of the UFC 232 card.

The bout was a rematch.

The first time Jones and Gustafsson matched up was UFC 165. That fight went five rounds with Jones scoring a unanimous decision. Many fans felt at the time that the matchup was the toughest bout of Jones’ career. That led to high expectations for the rematch.

Jones made things look much easier in the rematch when he scored a TKO in the third round of the matchup.

How To Be An Expert At Spotting Bear Market Stocks

The 7-Habits Of Good Data Scientists

Why The Small But Mighty Savennières Should Be...