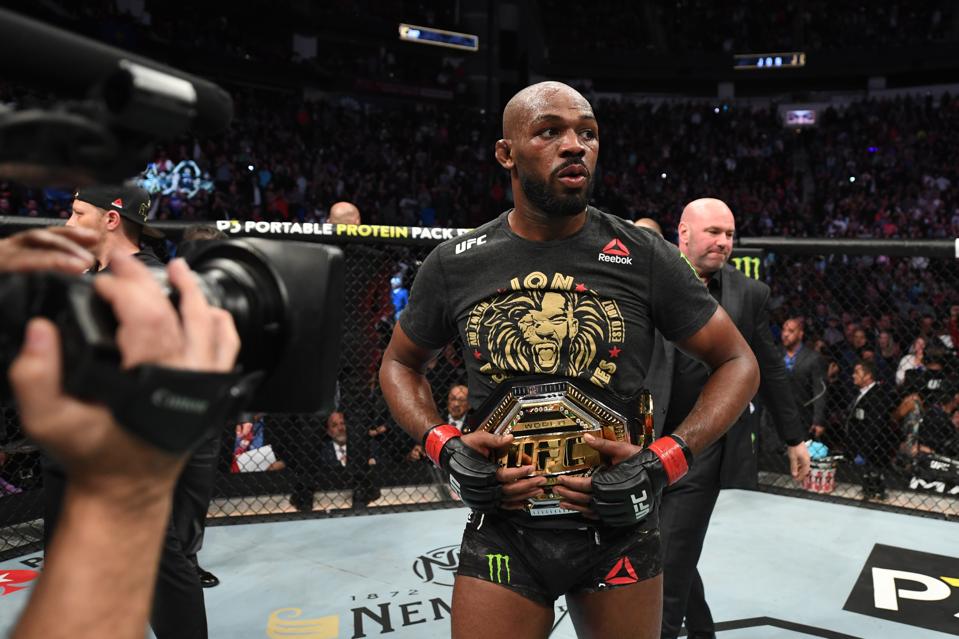 UFC 247’s main event provided a great deal of fodder for folks to talk about around the water cooler on Monday, if that’s still a thing people do at work or at the co-working space. In the end, the judges unanimously ruled that Jon Jones did enough to retain his UFC light heavyweight title in the five-round contest. The man on the other end of that decision was Dominick Reyes, who entered the matchup as the No. 4 ranked contender in the 205-pound division.

The victory was Jones’ 14th win in a UFC title fight, which put him one win ahead of Georges St-Pierre in UFC title fight victories. However, it was by no means an easy win for Jones. In fact, it was a somewhat controversial win as many MMA journalists and UFC president Dana White scored the fight in favor of the challenger, who was 12-0 entering the contest. The judges scored it 48-47, 48-47, 49-46 in favor of Jones.

“The scoring was all over the map,” White said at the post-fight press conference. “Going into the last round, I had Dominick Reyes 3-1 going to the last round. My kids are terrorizing me that the fix is in, ‘How could this happen, Dad?, Reyes won that fight,’ and the list goes on and on of people who are reaching out to me. So it’s not like there’s this landslide of people saying it was a robbery or whatever. People have it all over the place.’

“But the reality is, who gives a (expletive)? We’re not judges,” White continued. “None of us are judges, the judges called the fight, and that’s that.”

The fight was an incredibly close one and it was not an easy contest to score.

Reyes came out aggressive, as was expected, and took the fight to Jones in the early going. However, as the contest wore on, Reyes was backing up a lot more than Jones, who continued to push forward. Even though he was fighting off his back foot, Reyes continued to throw and land effective strikes. That was the man talking point after the fight regarding the scoring — did Jones land damaging blows while he was moving forward, or was Reyes the more effective striker? The judges went with Jones and that’s all that matters in the end.

8 Ways To Fall In Love With Your Finances

The Five Times Susan Collins Has Actually Been...

Burlington Pulls The Plug On E-Commerce: Can Any...

What Happens When Young People Lead

Trans-Siberian Orchestra Lights Up Holidays With Music And...