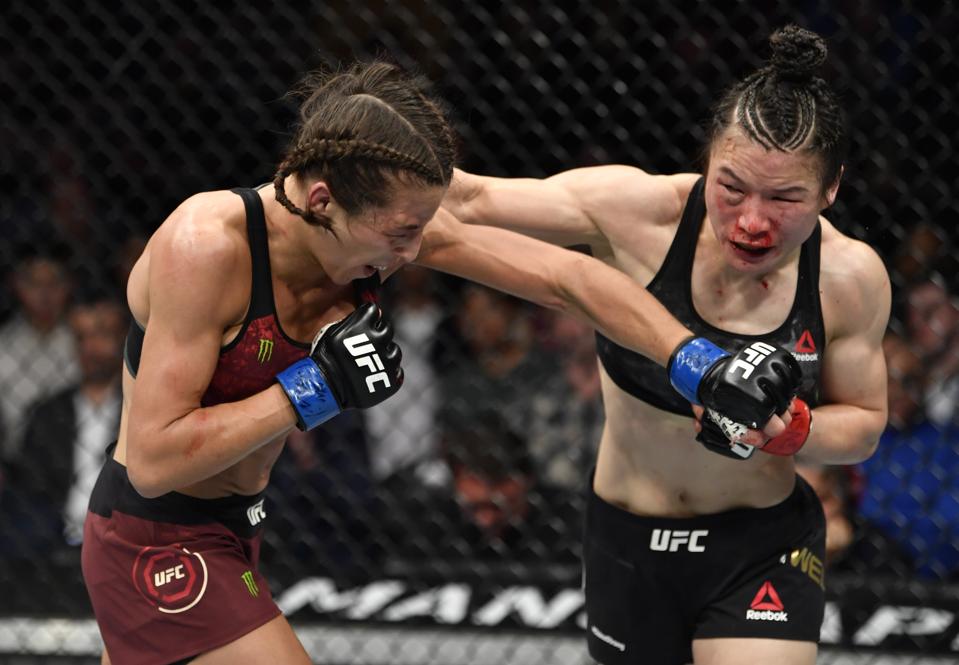 The strawweight title fight between Weili Zhang Vs. Joanna Jedrzejczyk did not serve as the main event of Saturday’s UFC 248 fight card, but by the time the event ended more people were talking about that matchup than were discussing any other fight on the pay-per-view card.

Zhang and Jedrzejczyk put on a 25-minute technical brawl that had fans and media calling the bout between the two 115-pounders the best title fight in UFC women’s history and one of the best title fights in UFC history. Oddly, the scrap came not long after the contest between Jon Jones and Alexander Gustafsson was inducted into the UFC Hall of Fame. It was almost as if Zhang and Jedrzejczyk took the “If you think that fight was good, hold onto your hat” approach to their scrap. In the end, Zhang won the bout via split decision.

The headlining bout of the night saw unbeaten Israel Adesanya defeat Yoel Romero in a slow-paced affair. Adesanya picked Romero’s legs apart from distance, but that was really the only sustained action of the bout. UFC president Dana White implied it will be a long time before Romero gets another title shot after his performance at UFC 248.

Watch the slow-motion highlights from the event below: