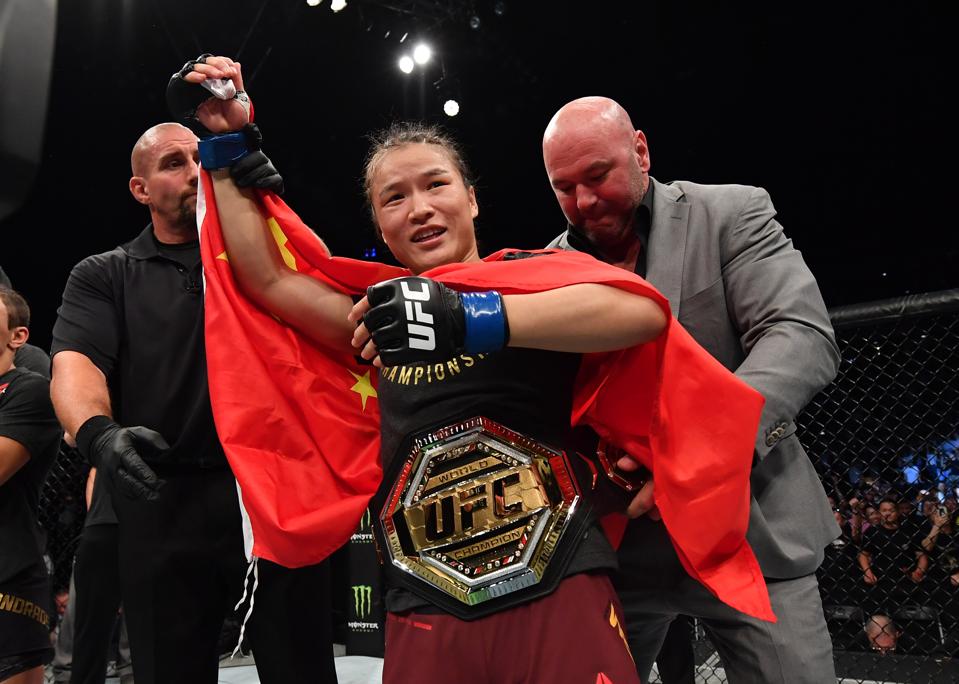 When the UFC announced that Jessica Andrade’s first defense of the UFC strawweight title would come against Weili Zhang it was a bit of a surprise. At that time, Zhang was the No. 6 ranked fighter in the 115-pound division and three fights into her UFC career. It felt that Zhang was booked because the event, UFC Fight Night 157, took place in her home country of China.

Andrade was 16 fights into her UFC run when she faced Zhang. With a win, Andrade would have been the first woman to win 12 fights with the promotion. She did not win. She did not make it a minute into the fight.

The two exchanged powerful strikes early in the bout and the challenger got the best of the champ. As Andrade thought about a takedown, Zhang kneed her to the body and then landed elbows to Andrade’s head. Zhang repeated those same strikes as Andrade looked to punch her way out and create separation. Zhang was relentless with her striking and with Andrade backpedalling across the fighting surface, Zhang closed out the fight at the 42 second mark.

The finish was the second fastest stoppage in the history of the UFC strawweight division.

Zhang’s first defense of her title takes place tonight when she faces former champion Joanna Jedrzejczyk in the co-main event of UFC 248.