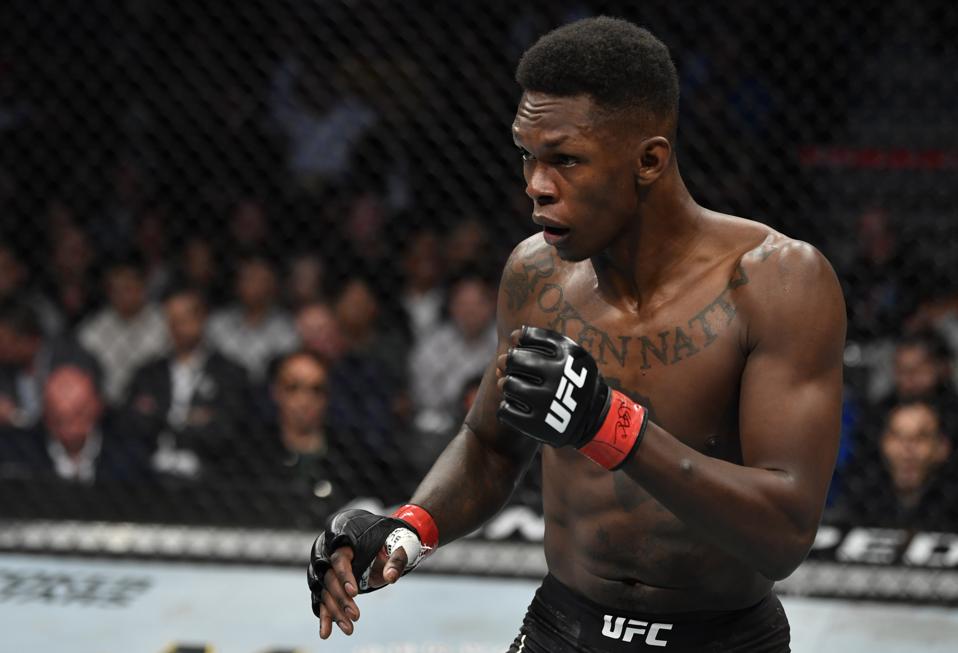 In what was a very slow paced middleweight title fight, Israel Adesanya used leg strikes to defeat Yoel Romero. After the win, Adesanya said, “I did what I had to do to win that fight.”

In what might go down as the best title fights in UFC women’s history, Weili Zhang and Joanna Jedrzejczyk went toe-to-toe for 25 minutes for the strawweight title. The fight came down to power vs. volume as Zhang retained her title with a split decision win over Jedrzejczyk.

Beneil Dariush spent much of the first round of his fight against Drakkar Klose draped on Klose’s back looking for a rear-naked choke. When Klose got back to his corner after that round, his coaches told him to push Dariush because his legs would be burned out. Klose listened to that advice. He pushed Dariush to the cage and unloaded with strikes. Dariush did not back down and returned fire, forcing Klose across the octagon, before dropping him and ending the fight 60 seconds into the second stanza.

Neil Magny dominated Li Jingliang in a welterweight contest in the second bout of UFC 248. Magny used his striking and wrestling skills to overwhelm Jingliang, landing four takedowns and outstriking his opponent 123 to 16 in total strikes landed. Magny’s performance earned him a unanimous decision win.

The pay-per-view portion of the card opened with a bloody battle between Alex Oliveira and Max Griffin. Griffin did a good job early in the contest using his pressure to keep Oliveira on his back foot for most of the round. The momentum of the fight changed when Oliveira opened a large cut above Griffin’s eye with a nasty uppercut. Oliveira won the fight via split decision.

Below are the payouts for the main event fighters from last night’s UFC 248:

International Women’s Day: On VC Non-Consensus, Outsized Returns, And Why I Won’t Wear A Patagonia Vest

Amidst COVID-19 Crisis, Could SunPower Stock Drop To...

This Visualization Technology Could Change How You See...

Creativity Conquers Uncertainty. Here’s How To Hire For...

How Does Your Financial Future Change From These...