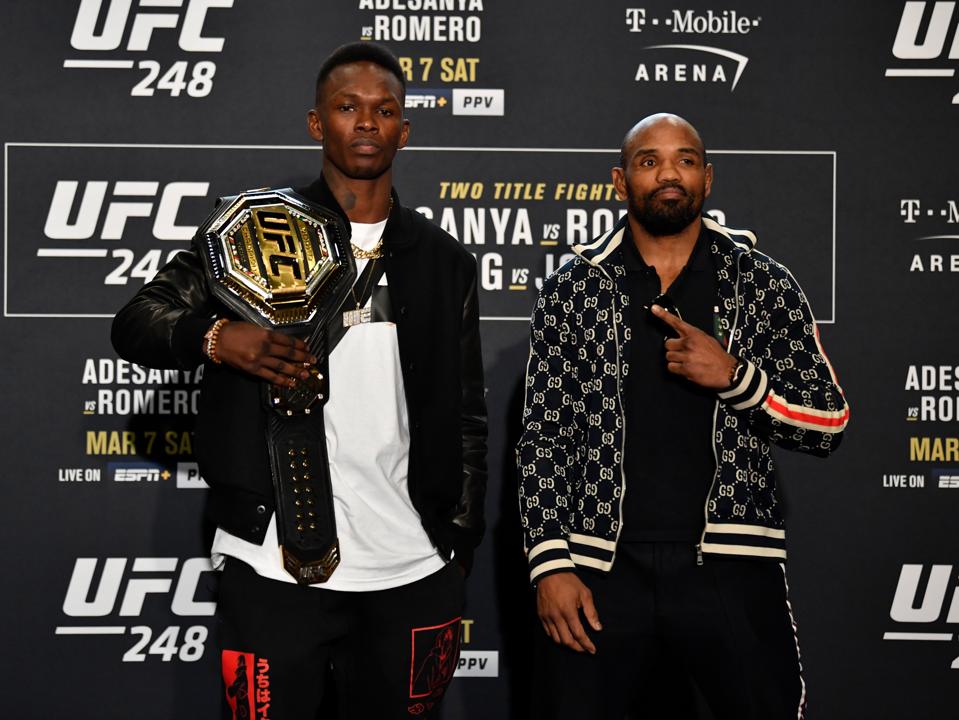 Two title fights headline Saturday’s UFC 248 pay-per-view event. In the main event, UFC middleweight champion Israel Adesanya puts his 185-pound title on the line for the first time when he matches up against Yoel Romero.

Here is a look at some of the facts, stats and numbers for the matchup between Adesanya and Romero.

Adesanya’s takedown average is 0.00 per 15 minutes.

Adesanya has 14 career wins by knockout.

Adesanya has the longest active win streak in the UFC middleweight division at seven.

Adesanya is tied for the third most knockdowns in UFC middleweight history with ten.

Adesanya’s four knockdowns of Kelvin Gastelum is tied for third for most in a single UFC fight.

Romero is tied for third most knockdowns in UFC middleweight history with 10.

Romero’s seven knockout wins in the UFC is tied for third most in UFC middleweight history.

Romero is one of two UFC fighters with two knockouts via flying knee.

Review: Is The Console Port Of ‘Two-Point Hospital’ Worth The Wait?

COVID-19: What Should Employers Consider As They Draft...

How To Keep Your Working Hours In Check...

Why Retail Vacancies Create A Massive Opportunity For...