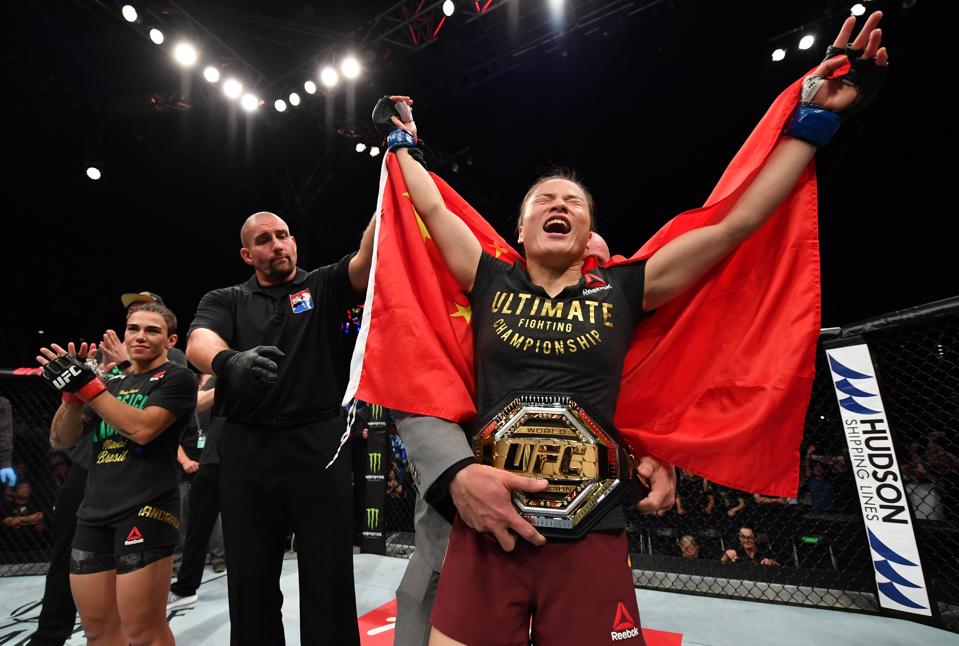 Former UFC strawweight champion Joanna Jedrzejczyk lost her title and her perfect record in 2017. Since then she has been desperate to get her hands back on UFC gold. She has failed on two attempts. In 2018 Namajunas defeated her in their rematch by decision. Later in that same year, Valentina Shevchenko won a decision over Jedrzejczyk to claim the vacant women’s flyweight title. On Saturday, Jedrzejczyk gets another shot at a UFC title when she faces current strawweight champion Weili Zhang in the co-main event of the ESPN+ streaming UFC 248 pay-per-view card.

Zhang lost her pro MMA debut in 2013. She won her next 16 fights before joining the UFC in 2018. After three wins in her first three fights with the promotion, the UFC matched Zhang against UFC strawweight champion Jessica Andrade in Zhang’s home country of China. She ended Andrade’s title reign 42 seconds into the contest with a “Performance of the Night” bonus-winning knockout. Zhang’s first title defense comes against Jedrzejczyk.

Before the event, check out the “Countdown to UFC 248” video for the matchup between Jedrzejczyk and Zhang.

This Year’s Equinox Is March 19, The Earliest In 124 Years

Vince McMahon A Fan Of WWE Star Who...

Digging A Bit Deeper Into Alex Rowland Of...