Breaking
Mayo Clinic And Kaiser Permanente Invest $100 Million...
MozCon Virtual 2021 Interview Series: Wil Reynolds
Commodity Spikes May Be Close To Peaking, Futures...
Benefits of Responsive Web Design
ESBC Major Updates: Tons Of Heavyweight Greats Added...
5 On-Demand Courses To Help Develop Your Leadership...
How to Run Nonprofit Marketing Ads
Entrepreneurs Are Bringing Transparency To Home Buying And...
Best Incentive To Get Vaccinated: Money, Messaging, Or...
Page Level Query Analysis at Scale with Google...
How A CIO Can Align IT With Business...
Blogger of the Month: Jo, Girl Eats World
6 Things Women In Business Know That Men...
How to Use First-Party Data for Ad Personalization
Pressing Reset—Putting A Fallen Unicorn Back On Its...
How We Went Viral: Promoting Content with Influencers,...
Home Technology UFC 248: Weili Zhang Vs. Joanna Jedrzejczyk Odds, Preview, And Prediction
Technology 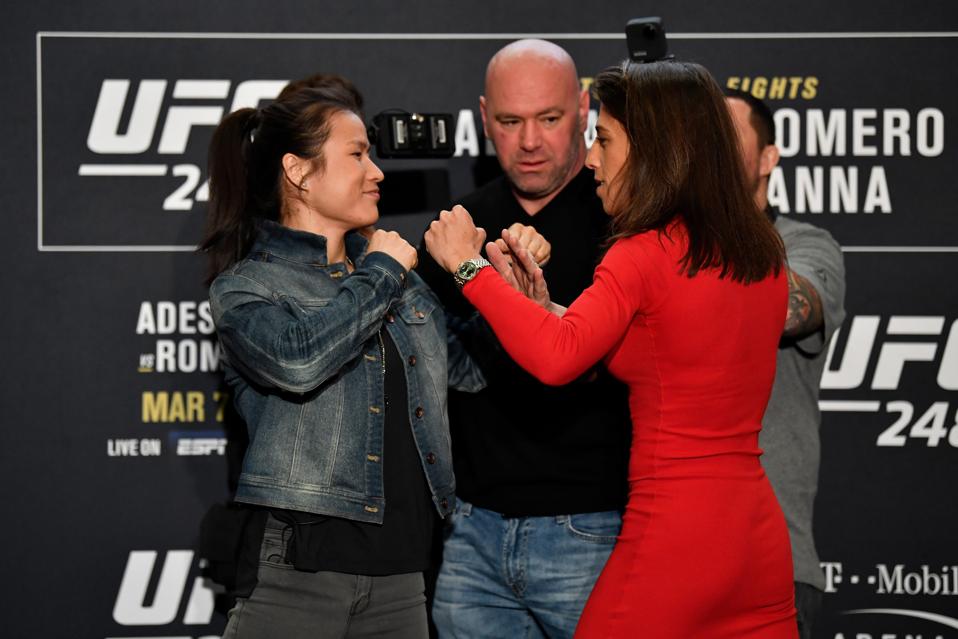 UFC Strawweight Champion Weili Zhang and former champ Joanna Jedrzejczyk have exchanged fighting words, but on Saturday in Las Vegas, it will be time for the talking to cease.

The champion is the favorite to retain her title, but how much of a chance does Jedrzejczyk have to pull the minor upset?

There are several factors that could determine the outcome of the UFC 248 co-main event.

Weili was forced to move her training camp from her home in China to Bangkok, and then to Abu Dhabi and then to Las Vegas ahead of Saturday’s title defense. The spread and threat of the coronavirus forced her to take precautions and undoubtedly weighed on her for the past month.

I had to travel almost all around the world. I went to Bangkok (Thailand), Abu Dhabi and now here in (Las) Vegas. It was hard dealing with the time zones and the different climates. It was really difficult for me. Now, everything is fine, and I’m ready for the fight.

Being displaced during preparations can disturb the normal routine of a fighter. For some fighters, that can cause an issue.

However, it could be good that Weili has been in Las Vegas well ahead of time so that she can get accustomed to the time zone before the fight.

Perhaps that aspect of the displacement will be a blessing in disguise. 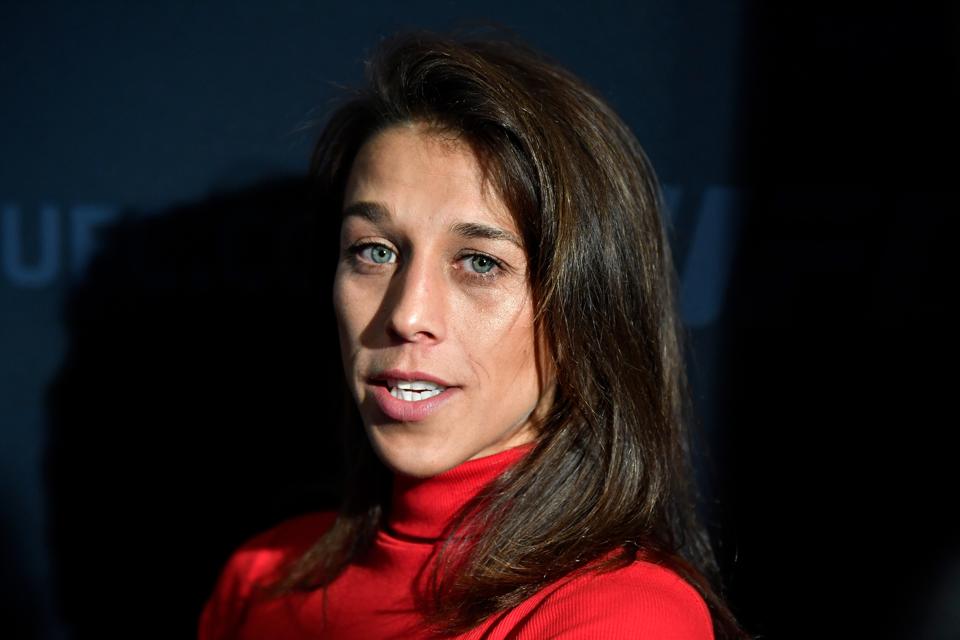 Jedrzejczyk’s brand of trash talk has seemingly taken an already intense battle to the next level. The former champion crudely and insensitively joked about the contagiousness of the virus that has wreaked havoc in Weili’s homeland.

The champion didn’t take kindly to the childish dig, but says she has put it behind her, and Jedrzejczyk has already apologized.

Still, one has to wonder if a glimmer of the animosity will rear its head when the two women lock horns in the Octagon.

What Weili Does Best 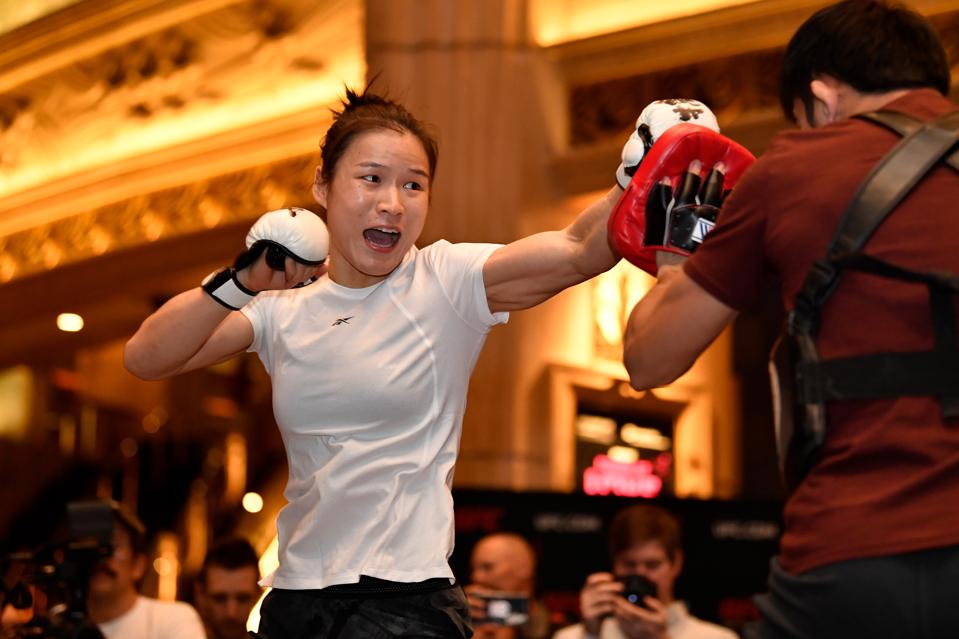 While she is heavy-handed and aggressive, Weili excels at grappling with advanced Brazilian Jiu-Jitsu skills. If she is able to secure a takedown, which she has done in all but one of her UFC bouts, Weili can be a terror from any position on the ground.

Whether it’s pounding away at opponents with punches from top position or securing an armbar submission as she did against Jessica Aguilar in November 2018, Weili has few weaknesses, a variety of strengths and multiple ways to defeat an opponent.

What Joanna Does Best 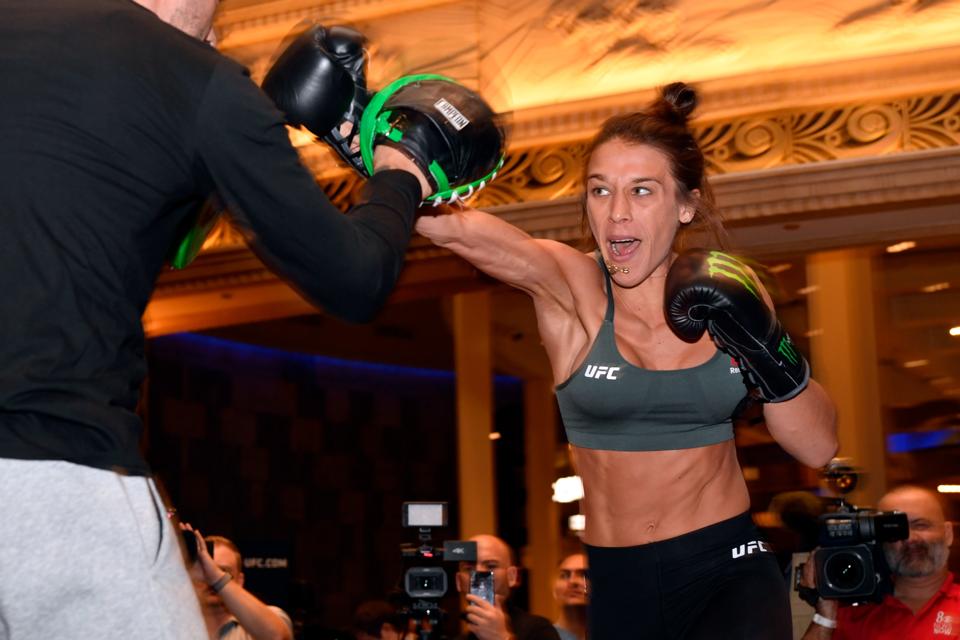 Jedrzejczyk is arguably the best pure striker in women’s MMA, and one of the best in the sport of any gender.

Her Muay Thai skills are what makes her special, but she’s also very difficult to take down.

Jedrzejczyk has stuffed 81 percent of the takedowns attempted against her in the UFC, and that usually allows her to keep the fight standing, which is where she does her best work. She’ll likely need to keep this fight off the ground if she hopes to win back her title.

Who Wins and Why?

It’s a close fight, but it’s hard to bet against the champion. Weili is seemingly in her prime, focused and equipped with the type of skill set that could keep her as champion for a long time.

The official prediction is Weili by third-round TKO.