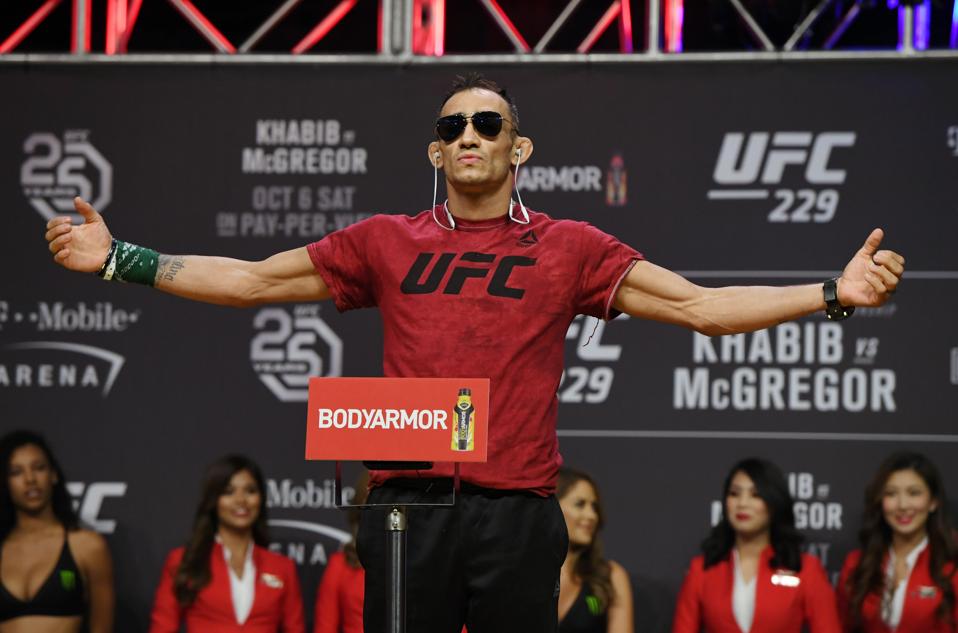 The UFC had been looking for a new home for the UFC 249 pay-per-view card since mid-March when the New York State Athletic Commission informed the UFC it could not hold the event at Barclays Center in Brooklyn in the wake of the coronavirus pandemic.

On Tuesday, the New York Times reported the event will take place at Tachi Palace Resort Casino in Lemoore, California.

The move was not without controversy, as the California State Athletic Commission, who shutdown all MMA events in the state through May 31 and the Association of Ringside Physicians released statements on the event.

“The commission echoes the guidance of California Governor Gavin Newsom, the Department of Public Health, local health officials, and the recommendations of the Association of Ringside Physicians regarding the cancellation of events where people may be at risk of contracting Covid-19 and encourages the industry to do the same,” the CSAC said in a statement to the Times. “The commission will not participate in the U.F.C. event on April 18, regardless of the event location.”

“Any combat sport taking place during this global pandemic places the athletes, officials, and anyone else involved in the event under unnecessary risk of infection and transmission of Covid-19,” the association wrote. “In addition, combat sports athletes often require medical attention after a bout, and we do not wish to see any additional strain on an already overwhelmed medical system.”

UFC president Dana White has said an athletic commission will oversee the event, but he did not name the commission. The UFC could self regulate the event or use the Tachi-Yokut Tribe commission.

UFC lightweight champion Khabib Nurmagomedov was initially booked against Ferguson, but he was forced out of the contest due to travel regulations. Nurmagomedov’s withdrawal from the event marks the fifth time he and Ferguson have failed to make it to the octagon for a scheduled bout.

Robots Are Cleaning Grocery Store Floors During The Coronavirus Outbreak

Our National Moment: How We Can Put Our Healthcare Heroes First

The Initial Seed Of Success You’ve Not Yet...