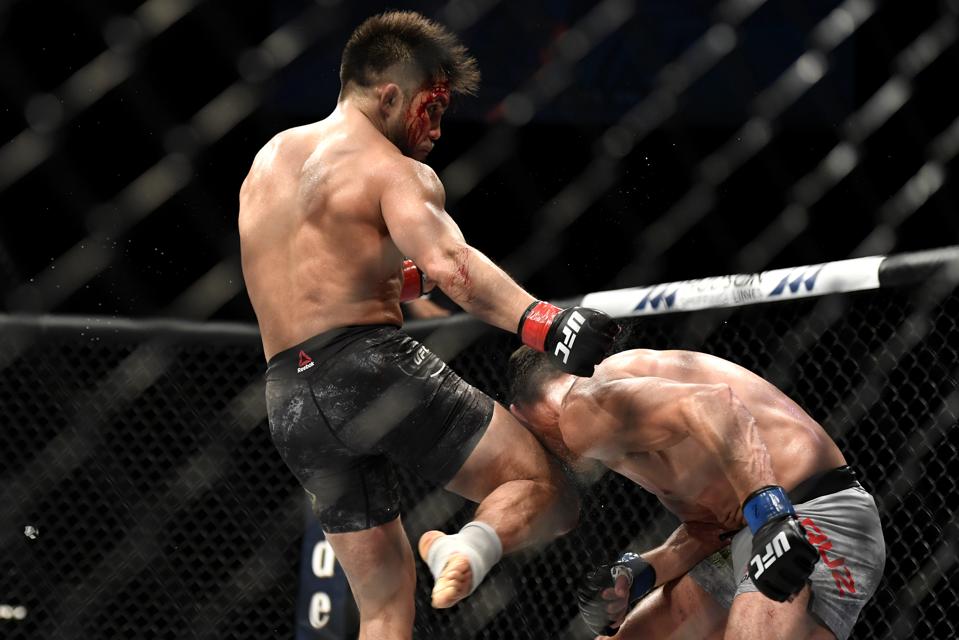 JACKSONVILLE, FLORIDA – MAY 09: Henry Cejudo (L) of the United States knees Dominick Cruz (R) of the … [+] United States in their bantamweight title fight during UFC 249 at VyStar Veterans Memorial Arena on May 09, 2020 in Jacksonville, Florida. (Photo by Douglas P. DeFelice/Getty Images)

Henry Cejudo has done it all in the combat sports world, and now he says he is retiring.

On Saturday in the UFC 249 co-main event, Cejudo scored a second-round TKO over the legendary Dominick Cruz. After controlling the first round with hard, well-placed leg kicks, Cejudo closed the deal with a knee to Cruz’s temple that sent him to the canvas.

Cejudo pounced on Cruz and hit him with 12 unanswered shots that forced referee Keith Peterson to stop the bout. Cruz protested the decision, but it’s hard to argue with the referee considering the former never covered up and almost all of Cejudo’s shots were landing flush on the face. 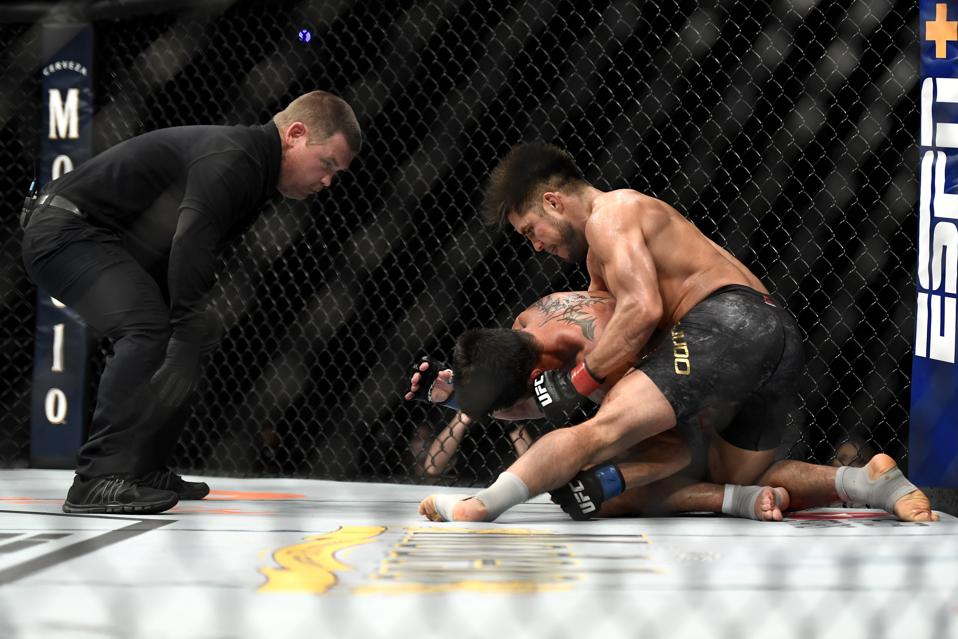 JACKSONVILLE, FLORIDA – MAY 09: Henry Cejudo (top) of the United States punches Dominick Cruz … [+] (bottom) of the United States on the ground in their bantamweight title fight during UFC 249 at VyStar Veterans Memorial Arena on May 09, 2020 in Jacksonville, Florida. (Photo by Douglas P. DeFelice/Getty Images)

Cejudo immediately erupted into a celebration while Cruz complained about the stoppage. During his post-fight interview, Cruz insisted he’d asked the referee to allow him to go out on his back, but that’s not the way finishes are handled in combat sports.

The referee is there to protect the fighters–even from themselves. His job is to stop the fight when a fighter is no longer intelligently defending themselves. While Cruz wasn’t unconscious, he was eating punches to the face without covering up. Cruz said he was trying to stand up while the barrage of punches were landing.

However, simply trying to get to a standing position isn’t enough of a signal to a referee that a fighter has the wherewithal to continue. Peterson made the right call.

Cejudo didn’t address the stoppage during his interview, but he did call himself the greatest combat sports athlete of all time just before announcing his retirement.

It was strange seeing such a big announcement made with no fans in attendance, due to the COVID-19 restrictions, but Cejudo felt Saturday night was the right time.

If he never fights again, he is already a Hall-of-Famer. That said, it’s easy to imagine him coming back at another time. He’s still only 34 and clearly capable of competing on the highest level.

If this is it for Cejudo, he’s left an excellent legacy. Per UFC President Dana White, the promotion will be filling the now vacant 135-pound title with a fight between Petr Yan and an as yet unnamed fighter.

Coronavirus Will Force Fashion To A Sustainable Future

COVID Killer Cleanbox In The Right Spot At...