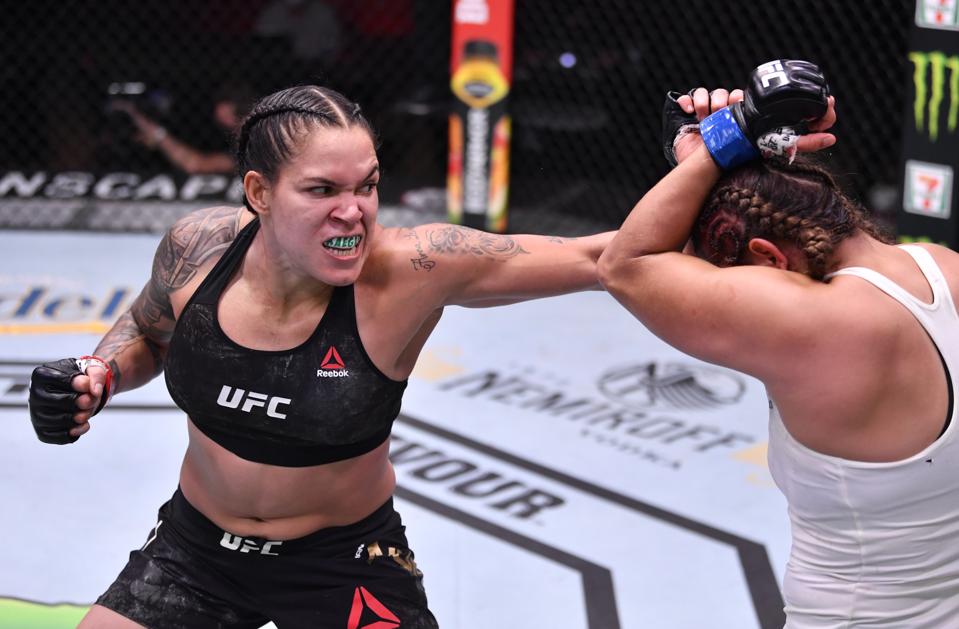 Amanda Nunes dominated the UFC 250 main event from start to finish. Nunes, defending her UFC women’s featherweight title, left Felicia Spencer’s face bloody and swollen. By the time the the fourth round came to a close it was clear that Spencer was not going to finish Nunes, but she did her best to stay in the fight. Spencer showed her toughness, but that’s about all. The UFC promoted Nunes as the greatest women fighter in the history of the promotion ahead of this fight. Nunes lived up to that billing in Las Vegas on Saturday night.

With the win, Nunes, who also owns the UFC women’s bantamweight belt, became the first UFC champion to hold two titles at the same time and defend them both.

Cody Garbrandt was on a three-fight losing skid heading into UFC 250. The former UFC bantamweight champion had slid to No. 9 in the rankings following his three knockout losses. Garbrandt redeemed himself with one of the nastiest knockouts of 2020. Garbrandt threw a huge right hook from downtown Las Vegas that landed cleanly on the chin of Raphael Assuncao moments before the horn sounded to end the second stanza of UFC 250’s co-main event.

Aljamain Sterling made a statement on Saturday night. It took him just 88 seconds to choke Cory Sandhagen. After that win it will be hard to deny Sterling a shot at the bantamweight title. Sterling’s win at UFC 250 was the most dominant performance of Sterling’s career.

Cardio king Neil Magny used his huge gas tank to earn a decision win over Anthony Rocco Martin in their welterweight matchup. Magny put the pedal to the floor in the third stanza after a close first two rounds to pull away with the victory. With the decision win, Magny has 16 victories in the UFC welterweight division. Only Georges St-Pierre has more wins in the UFC 160-pound division.

Sean O’Malley got his firs real test on Saturday night when he faced veteran Eddie Wineland in the opening fight of the UFC 250 pay-per-view card. O’Malley, one of the most confident fighters in the UFC, remained calm in the early going of his bantamweight bout against the awkward Wineland. That calm confidence served O’Malley well when he knocked out Wineland with a single punch at the 1:54 mark of the first round.

Worst Airports For Delays—Prepare For Travel Delays If...

How MLS And Liga MX Could Make Future...