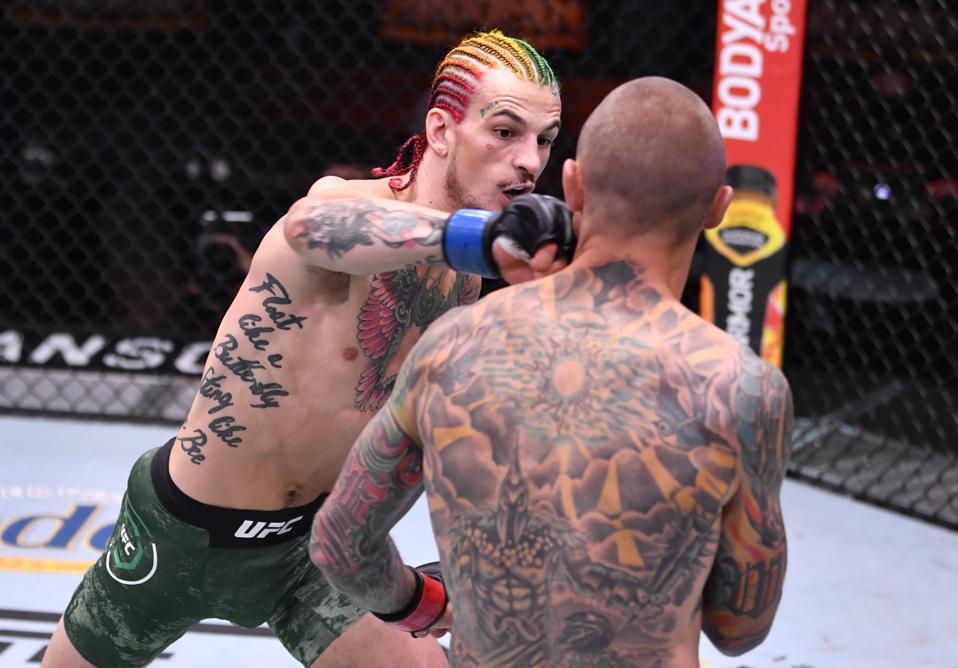 Sean O’Malley entered the Octagon looking like someone morphed Tekashi 69 with hip-hop legend Bizzy Bone from Bone Thugs and Harmony, and he delivered the most definitive KO victory of the night.

O’Malley destroyed Eddie Wineland with a one-punch KO in the first round.

Here’s how the MMA community reacted to O’Malley’s highlight-reel finish:

O’Malley is one of the fastest-rising stars in mixed martial arts. At 25 years old, he’s 12-0 and looks like the most promising Dana White Tuesday Night Contender Series alum.

The win over Wineland was O’Malley’s most impressive victory to date. Wineland is a former WEC champion and a quirky, dangerous striker. However, at no time during the first two minutes of the fight did Wineland present himself as much of a threat.

The men’s bantamweight division didn’t occupy the UFC 250 main event, but it was the weight class that was most on display. Three fights at 135 pounds are on the card, and Cody Garbrandt, Raphael Assuncao, Aljamain Sterling and Cory Sandhagen have a tough act to follow.

O’Malley has had to battle through a foot injury and a suspension for a banned substance, but the victory over Wineland will likely give him a ranking next week. During his post-fight interview, O’Malley mentioned renegotiating his contract.

We’ll soon find out if there is some discord between him and the promotion as it appears to be with Jon Jones, Jorge Masvidal and the UFC.

How Queen Of Raw Uses Tech To Match...

WWE Could Finally Do The Undertaker Vs. Sting...

The Good, Bad And (Very Little) Ugly From...