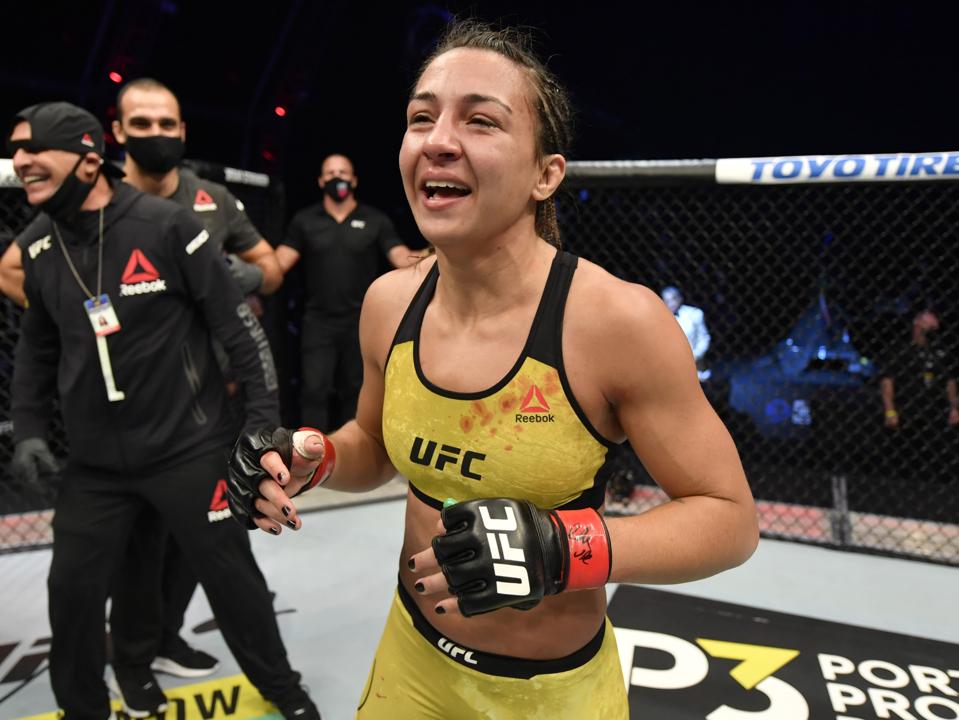 It took Amanda Ribas less than three minutes to score her fourth win in the UFC. Ribas, who was a -900 favorite over Paige VanZant, who came into the matchup as a +600 underdog, earned the victory in the opening bout of UFC 251 with a belly down armbar submission.

Ribas took control of the octagon as soon as the fighters were given the signal to start the bout. From there, Ribas slowly backed VanZant to the cage. When she had VanZant in a spot she liked, Ribas muscled her opponent to the ground.

From there, Ribas slowly worked her way into a position to secure an armbar, which she locked in. She then rolled to her stomach and forced the tap from VanZant.

The fight was the last on VanZant’s UFC contract. She has said she will explore free agency.

Where Super Saturday Is Extra Super: Even Santa...

U.S. Business Output Has Cratered In March According...

Would Becky Hammon Be The Correct Fit To...

Explaining How Arsenal Went From A £57m Profit...

General Motors Gets It Right With Electric Hummer