Breaking
How To Get Your Startup Business Off The...
How To Create A COVID Safe Construction Site
How to Make a Good First Impression at...
Plan To Buy An Electric Car? Is A...
Covid-19 Death Toll In U.S. Passes 200,000
Apple iOS 14 Has 25 Great Secret Features
5 Decisions That Will Increase Your Chances Of...
Coronavirus Is Shaping Up To Be Very Bad...
TikTok: Why Is Everyone In A Tizzy?
Is It Time For A Bank For Women?
As Israel Locks Down, Its Health Tech Sector...
California Increases Homestead Exemption In New Legislation
Buying The Bulge Is Dangerous
5 Strange Things Happening Right Now In The...
The Best Blogging Platforms (In-Depth Review)
How Will The Coronavirus Impact Your Finances?
How Xbox Series X Will Attempt To Avoid...
Virgin Orbit Seeking Over $100 Million As ‘Jaw...
How To Develop The Confidence To Launch A...
Home Business UFC 251 Stats And Video Highlights: Petr Yan Vs. Jose Aldo
Business 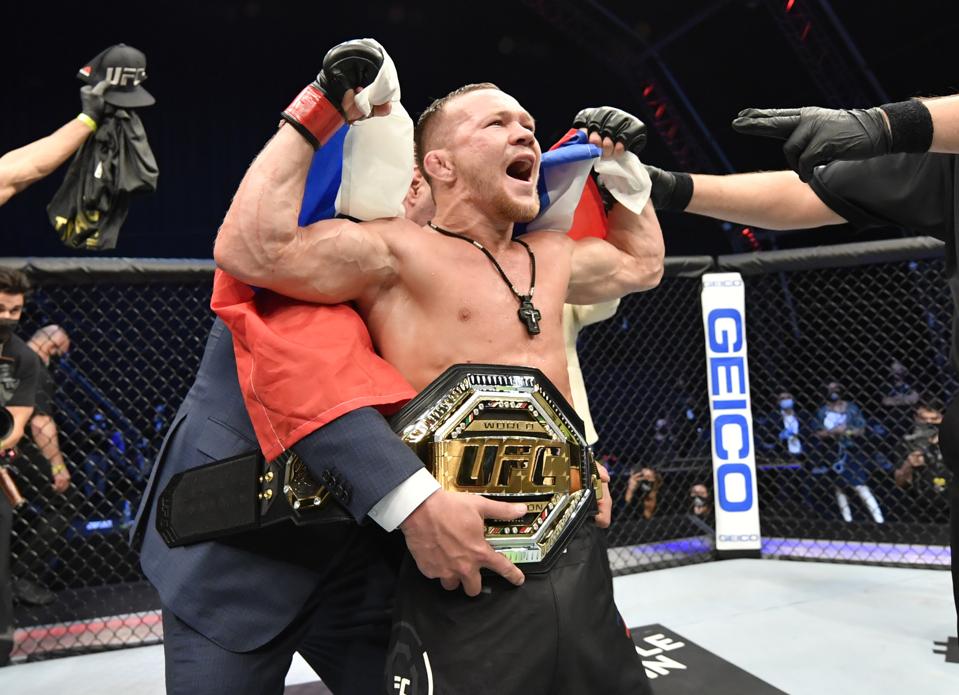 The UFC bantamweight title was left without an owner in May when Henry Cejudo retired after he defeated Dominick Cruz at UFC 249. Last night, Petr Yan took possession of the 135-pound strap after he put a beating on former featherweight champ Jose Aldo.

For the first three rounds, the two men battled in tight quarters. UFC commentator Jon Anik described the bout as taking place on a napkin. That was an excellent description of the action. There was not a lot of movement, but there was a fair amount of striking at close range.

Things changed at the start of the fourth round.

Yan upped his pace in the fourth round. With the change in output, Aldo was left to do a lot more retreating. Yan upped the pace of the fight with his increased offense and his forward movement. Yan’s game plan seemed to be to keep Aldo close for the first 15 minutes and then tax his cardio in the championship rounds.

When the fifth round began, Yan was even more aggressive. He dropped Aldo early in the stanza and swarmed the ex-featherweight champ with ground strikes. Aldo spent the rest of the fight doing just enough to keep referee Leon Roberts from stopping the fight.

As the bout progressed, Yan kept firing off ground strikes. As Aldo’s blood splattered on the canvas, UFC commentators Michael Bisping and Jon Anik questioned why the fight had not been stopped as all Aldo was doing was covering his head. After what felt like an uncomfortable amount of time, Roberts waved off the fight.

Aldo landed a single strike in the fifth round. Yan landed 113 of an attempted 120 strikes before Roberts stopped things at the 3:24 mark of the fifth stanza.

10 Real Estate Tools Entrepreneurs Should Be Familiar With