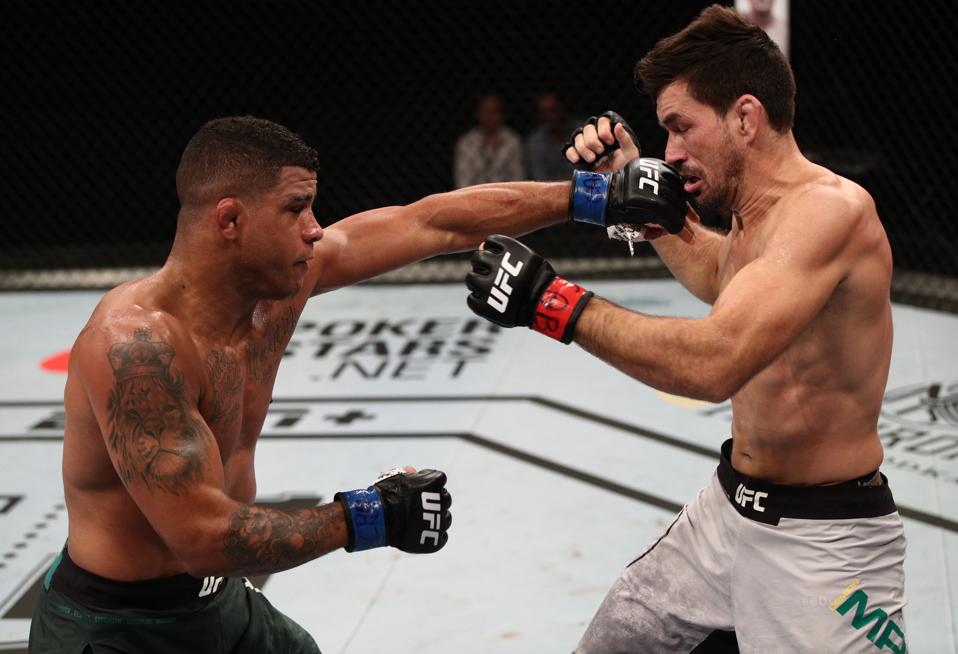 In a battle of top-notch Brazilian Jiu-Jitsu practitioners, the man with the better striking prevailed. In a fan-less arena in Brazil on Saturday at UFC Fight Night 170, Gilbert Burns starched veteran Demian Maia with a nasty left hook and follow-up strikes to score a second-round TKO victory.

The finish was impressive enough to earn a $50,000 Performance of the Night bonus during an event that had just three stoppage finishes the entire night.

Maia has never been much of a striker, but his grappling may be the most advanced of anyone in the history of MMA. However, Burns brought a Jiu Jitsu resume that was nearly on par with his countryman into the Octagon.

He was able to stamp out an early trip to the canvas when Maia secured a takedown. Once he got back to his feet, it was pretty clear it would be Burns’ night. Burns is the far superior athlete and advanced striker, and with Maia unable to execute his Plan A, it would be difficult for him to find a route to a victory. 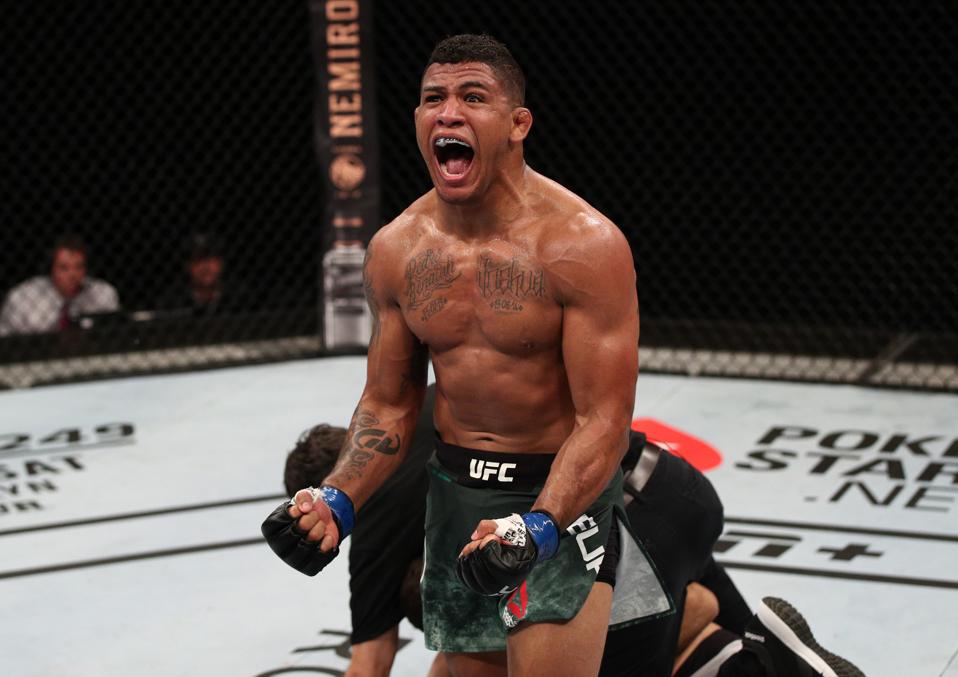 BRASILIA, BRAZIL – MARCH 14: Gilbert Burns of Brazil celebrates after his TKO victory over Demian … [+] Maia of Brazil in their welterweight fight during the UFC Fight Night event on March 14, 2020 in Brasilia, Brazil. (Photo by Buda Mendes/Zuffa LLC)

Burns’ finish was a rare one considering he became the first opponent in 11 years to stop Maia. The 33-year-old is now on a five-fight win streak and moving up the welterweight rankings. He came into the fight ranked No. 12 and Maia was No. 5. There is a clear case for him to be in the Top 5 when the next rankings are released.

The 42-year-old Maia is nearing or at the end of his career. He had won three fights in a row before Saturday’s loss to Burns, but the finish might make him think a bit more about retirement than another kind of defeat.

The two men competed on the main card of UFC Fight Night 170, which was one of only a few professional sporting events in action on Saturday. Almost the entire sportsworld is on pause as most leagues, athletic commissions and organizations are shutting down operations to stop the spread of the Coronavirus.

Saturday’s event will likely be the last in the UFC for a while as the Nevada State Athletic Commission has suspended all combat sports shows until at least May 25 when the commission will meet again.

How To Drive Long-Term Startup Success In Turbulent Times