Breaking
Entrepreneurs Are Bringing Transparency To Home Buying And...
Best Incentive To Get Vaccinated: Money, Messaging, Or...
Page Level Query Analysis at Scale with Google...
How A CIO Can Align IT With Business...
Blogger of the Month: Jo, Girl Eats World
6 Things Women In Business Know That Men...
How to Use First-Party Data for Ad Personalization
Pressing Reset—Putting A Fallen Unicorn Back On Its...
How We Went Viral: Promoting Content with Influencers,...
Blame Olympic Record Price Tag For Return To...
Apple iOS 14.5 Release: Should You Upgrade?
How to Come up with Podcast Topics and...
Why Gaming Gear Company Razer Launched A $50...
Technical SEO Implementations to Increase the Impact of...
30 Brilliant Ways to Market Your Eco-Friendly Shopify...
15 Tech Industry Leaders Share Overused (And Misused)...
Home Technology UFC Fight Night 166 Results: Winners, Bonuses, Highlights (VIDEO), And Analysis
Technology 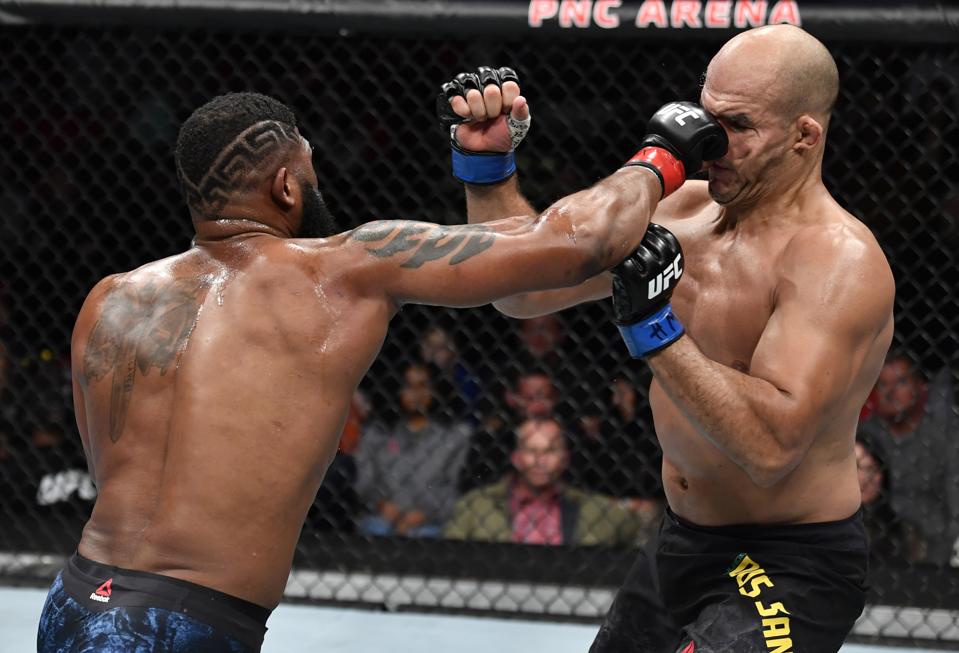 Curtis Blaydes has moved one step closer to a shot at the UFC Heavyweight Championship.

On Saturday night, Blaydes knocked out former champion Junior dos Santos in the second round of the UFC Fight Night 166 main event in Raleigh, North Carolina.

Coming in, the belief was that Blaydes would need to take the fight to the ground to handle dos Santos. However, JDS thwarted all of Blaydes’ attempts to secure a takedown through the first round. In the second frame, Blaydes stopped chasing the takedown as aggressively, and he began to let his hands go.

He landed a huge right hand as JDS tried to land a lead uppercut. The Brazilian was rocked badly, and Blaydes unleashed a barrage of shots until referee Dan Miragliotta stopped the bout.

The win improved Blaydes’ record to 13-2 with 10 wins by KO. Blaydes came in ranked No. 3 and JDS was No. 4. Blaydes’ resume suggests he is worthy of a title shot, but the there are two men ahead of him in the rankings who are more deserving.

Daniel Cormier is No. 1 and he expects to fight champion Stipe Miocic for a third time later this year. Cormier dropped the title to Miocic in a rematch in 2019. A third fight is necessary to settle things between the two future Hall-of-Famers.

No. 2, Francis Ngannou has already beaten Blaydes twice. Ngannou faces Jairzinho Rozenstruik in March. With another win, Ngannou expects to fight the winner of the third meeting between Cormier and Miocic. Based on his two wins over Blaydes, it only makes sense for him to get the shot during the third or fourth quarter of the year.

Because of this dynamic, it’s easy to see Blaydes not getting his shot until 2021.

As for JDS, his career seems to be winding down. He’ll be 36 in less than a week.

He’s lost two in a row and both defeats have come by KO. I’d expect to see him again later this year, but if he takes a third loss in a row, he’ll have some serious questions to answer. 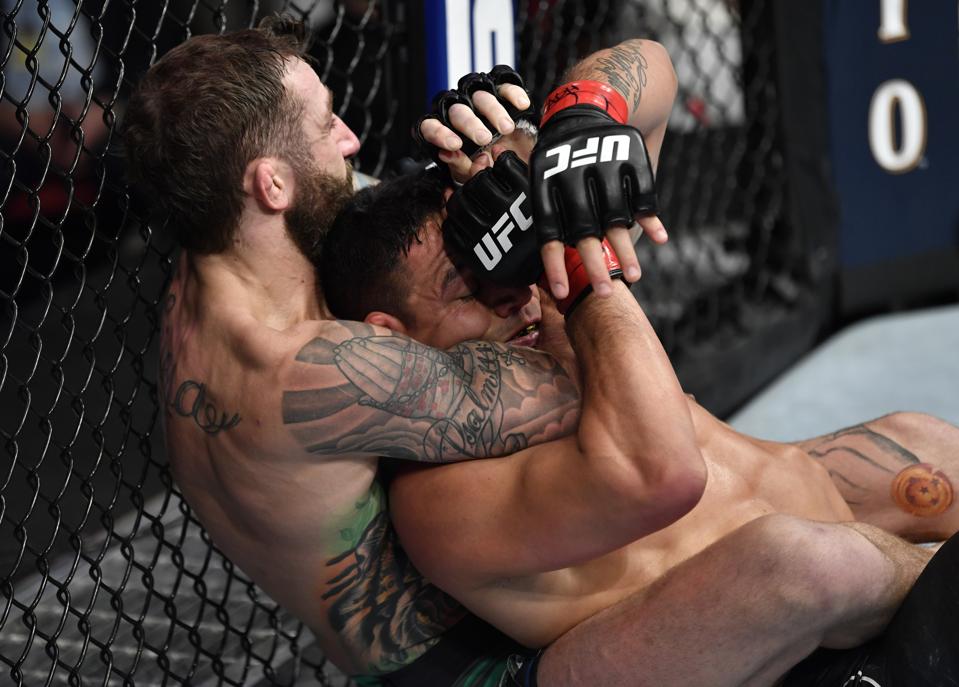 It was a bad night for Brazilian ex-champions.

Michael Chiesa proved to be too much for Rafael dos Anjos in the co-main event. Chiesa’s size and strength overwhelmed the former lightweight champion.

Chiesa won by unanimous decision and delivered a quick and pointed post-fight interview. He quickly called out Colby Covington for July. If Chiesa gets his wish, the fight could be a wrestling-heavy battle, but one that could position him for a title shot in 2021.

Here is a look at all of the results from Raleigh with the winners of the performance bonuses bolded.

Burns and Perez Take Home $50,000 Performance of the Night Bonuses

Herbert Burns, the brother of UFC fighter Gilbert, made a major statement in his UFC debut against Nate Landwehr.

After nearly getting the submission with a D’Arce Choke, Burns landed a hard rising knee that knocked Landwehr cold.

Alex Perez continues to put the men’s flyweight division on notice. In the first round, Perez put Jordan Espinosa to sleep with an arm-triangle choke. His grappling continues to overpower the competition. It’s his third submission win with the UFC as he continues to be one of the most promising alums from the Dana White Tuesday Night Contender Series.

Perez looks like a lock to secure a title shot soon.

He has shown a well-rounded game and unusual power for the division. He’s one of the brightest up-and-comers in any division in the promotion.