Breaking
How To Get Your Startup Business Off The...
How To Create A COVID Safe Construction Site
How to Make a Good First Impression at...
Nvidia’s Stocks May Plunge 12% Following Its Deal...
Stoke Tank Empty? Check Out Social Media Celebs...
Ask Larry: What Happens To The Money Withheld...
How Far Will Tech Decline?
How AI Platforms Are Improving Talent Management In...
How To Stand Out When Clients Go Searching...
‘Decoding Porygon’: Steps And Rewards For Porygon Community...
US Postal Service Files A Patent For Voting...
7 Business Leaders Share Their Self-Care Secrets
Apple Boosts IPad Air Performance By 40%…And Other...
Biden Was Right. The Hispanic Market Is Incredibly...
Plan To Buy An Electric Car? Is A...
Covid-19 Death Toll In U.S. Passes 200,000
Apple iOS 14 Has 25 Great Secret Features
5 Decisions That Will Increase Your Chances Of...
Coronavirus Is Shaping Up To Be Very Bad...
Home Technology UFC Fight Night 168 DraftKings Picks: Best Selections For Auckland Card
Technology 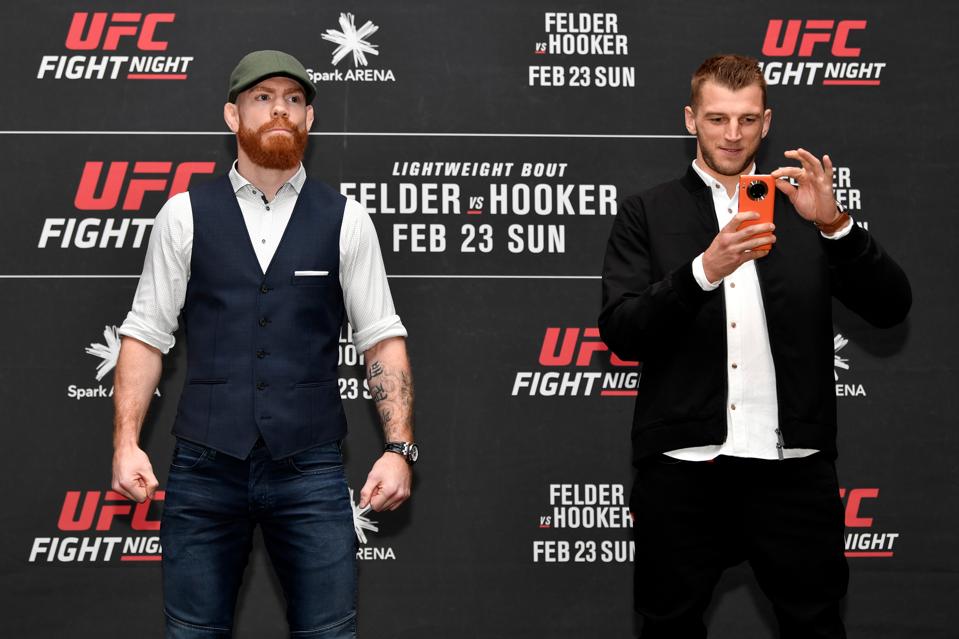 When the UFC returns to Auckland, New Zealand on Saturday night for UFC Fight Night 168, DraftKings players will have an opportunity to win a share of a $120,000 contest with the first prize netting $25,000.

Auckland’s own Dan Hooker will face Paul Felder in the main event, and while the former is the favorite, the fight could be a swing bout for DK players. Felder is capable of pulling the upset.

He’s a more calculated fighter who will probably have an advantage if the fight goes to the ground. However, if he does win, it’s easy to see the bout potentially going the distance, which isn’t usually worth a ton of fantasy points.

In fact, Felder only averages 63.3 fantasy points per bout and he’s won his last two fights by decision.

I’m not going to anchor this fight one way or the other, but let’s look at the locks, swing and upset picks. 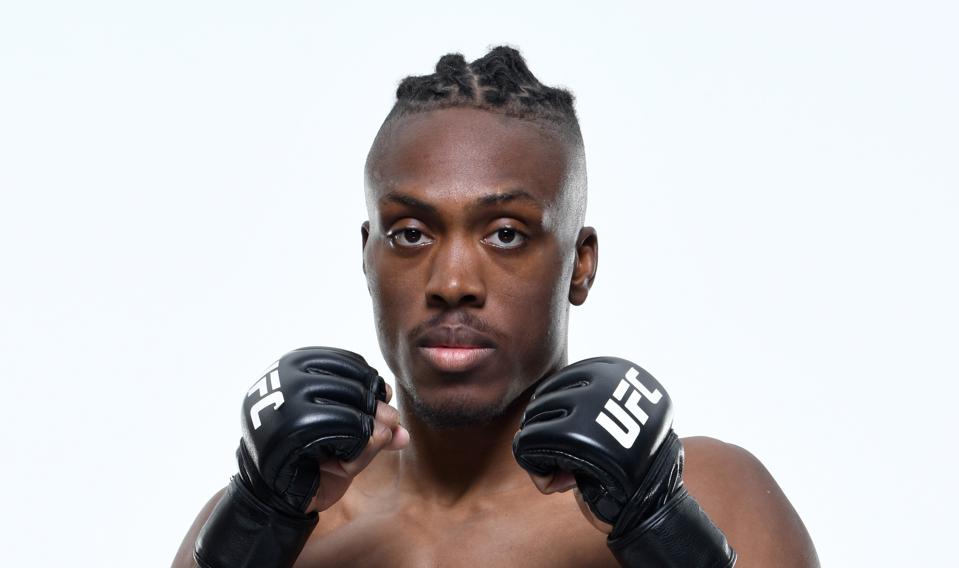 Turner has an $8,800 DK salary and he’s facing the undefeated Joshua Culibao in the latter’s UFC debut. Culibao comes into the bout undefeated, but let’s just say he hasn’t faced top competition during his 8-fight career. As a matter of fact, his last three opponents have a combined record of 39-27.

Culibao has long arms and he fights confidently, but he figures to be no match for 6’3” Turner who somehow makes the lightweight limit. Turner is a skilled striker who is still trying to find a flow, but he’s just 24 years old and still improving. This seems like a fight tailor-made for Turner to shine and to finish with a KO.

I like him to get the victory and to eclipse the 105-mark in fantasy points. 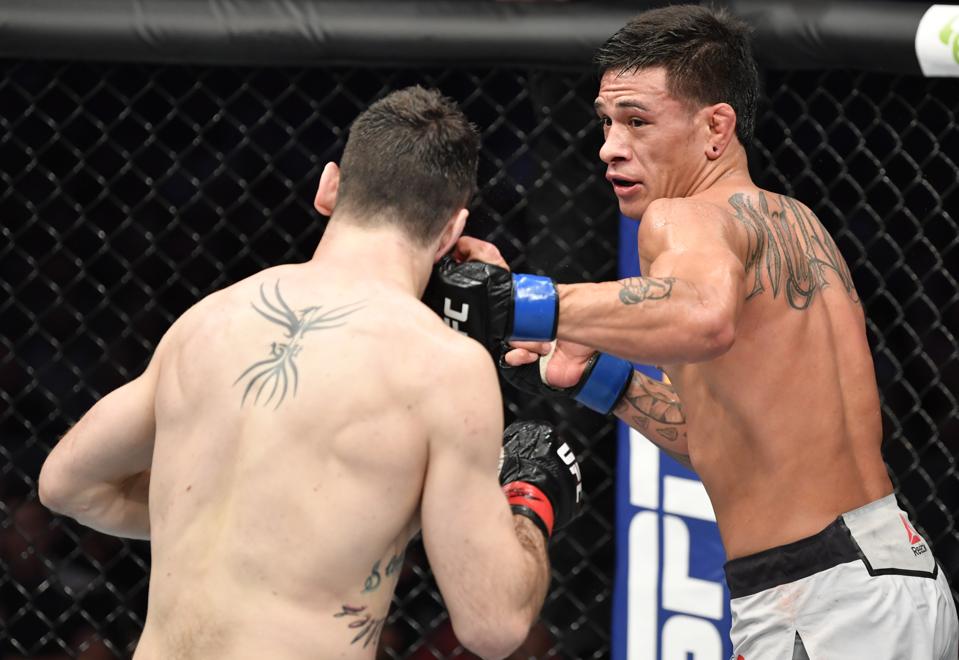 With a $7,900 DK salary and +110 odds, Pitolo isn’t a huge underdog, but his opponent Takashi Sato is still the favorite. Pitolo is very aggressive and he likes to walk forward throughout the fight. He does have a tendency to eat some shots because his head movement is shoddy which could make him vulnerable to Sato’s powerful shots.

However, Pitolo has faced better competition in his career, and Sato has proven to be vulnerable on the ground. In his last bout, he was submitted by noted striker Belal Muhammad. It was Muhammad’s Pitolo has demonstrated the ability to finish fights with the rear-naked choke, and that’s how Muhammad defeated Sato in September 2019.

I’m looking for Pitolo to take Sato’s back in this one, and to finish the fight via second-round submission. 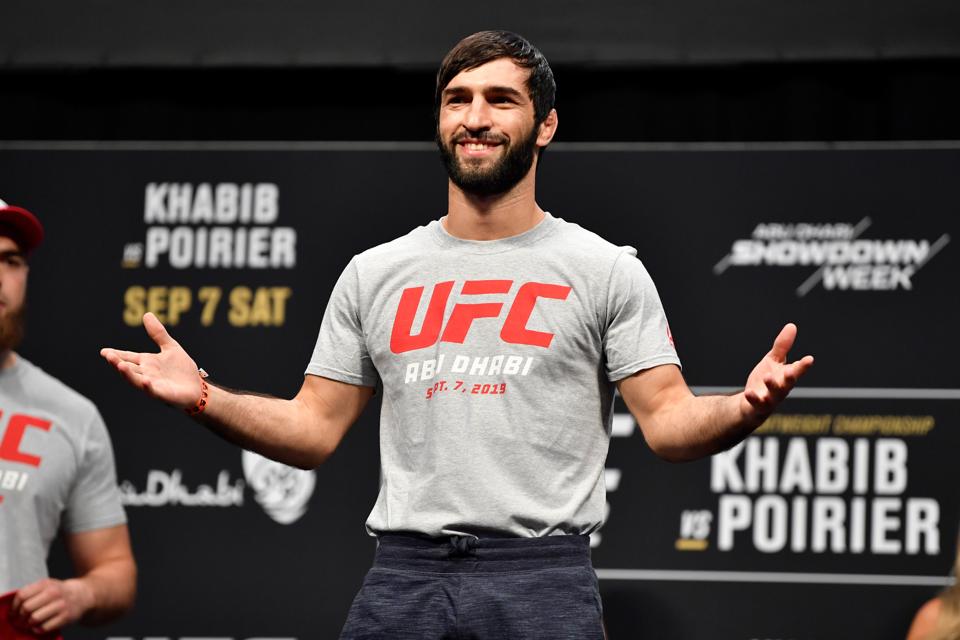 The bout between Kevin Aguilar and Tukhugov is the closest with the oddsmakers and in DK salary. Both men have a $8,100 DK salary, but I favor Tukhugov. The lean Russian has shown some flashes of brilliance, but he didn’t get the nod on back-to-back split decisions. Tukhugov had to settle for a split-decision draw in his last fight with Lerone Murphy in September 2019. In the fight before that, Tukhugov lost a close split-decision to Renato Carneiro.

From a pure skill standpoint, Tukhugov looks to be superior. In addition to his long arms, and better resume, Tukhugov’s smothering top game could help DK users rack up points in takedowns and ground passes.

Tukhugov doesn’t get a lot of submission victories, but he can stack fantasy points if he can secure takedowns and find a way to get the finish. Aguilar doesn’t have excellent footwork, and he appears to be. In any case, Tukhugov should be a strong selection.