Breaking
How, When And Where You Can See A...
New $2.2 Trillion Stimulus Bill Proposed—$1,200 Stimulus Checks,...
Why Do We Do What We Do? Manipulating...
California Brand Goes All-American As Amazon Bans Foreign...
The 3 Best Analytics Companies of 2020
Senator Cory Booker: Supporting Small, Minority-Owned Businesses Will...
Trump’s Taxes Are Finally Leaked—What’s Next?
Washington Heats Up Ahead Of First Presidential Debate:...
Systemic Racism Leads To Disparities In Nursing Home...
The New Regular: Prepare For Conflicts Of Customer...
Web VR.0 – Have VR Websites (Finally) Arrived?...
This Next Evolution Of E-Commerce Did $18 Billion...
This Next Evolution Of Ecommerce Did $18 Billion...
IRS Taxes Most Lawsuit Settlements And Exact Wording...
13 Questions To Answer Before You Die
Just Launched: Long-Term Stock Exchange For Companies Building...
Home Business UFC Fight Night 168 Preview: Facts, Stats And Numbers For Paul Felder Vs. Dan Hooker
Business 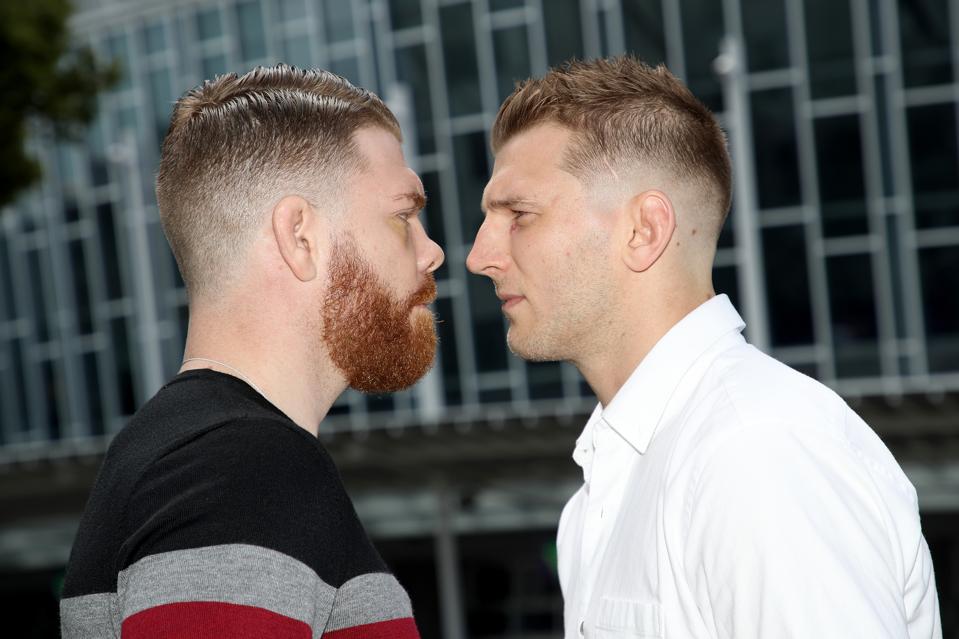 Two top-10 ranked lightweights meet in the main event of Saturday’s UFC Fight Night 168. In that contest, Paul Felder and Dan Hooker face off in a matchup that could earn the victor a shot at a UFC title eliminator bout.

Felder is 5-1 in his past six fights with his only loss coming in a short-notice welterweight scrap with Mike Perry. Hooker, a former featherweight, is 6-1 at lightweight. His only setback was a third-round TKO loss to Charles Oliveira.

Here is a look at some of the more impressive facts, stats and numbers from the careers of the two fighters competing in the main event of UFC Fight Night 168.

Felder has 10 career wins by knockout and one via submission.

Felder has win seven of his last nine fights and two in a row.

Felder has is tied for first in UFC history with three knockout wins by elbow.

Felder is one of six UFC fighters to win two fights via spinning back fist.

Hooker has fought from heavyweight to featherweight.

Hooker has seven career wins by submission and 10 via knockout.

Hooker has won six of his last seven fights and two in a row.

Anthony Harris Must Return To Vikings Even Though Salary Could Triple