Breaking
Three Essential Components of a Successful Small Business
Pandemic Pet Adoptions Add To Chewy’s Tailwinds, But...
How to Use LinkedIn’s Social Selling Index Like...
Strong Revenue Trend Could Drive EXACT Sciences Corporation...
9 Things To Know Before Starting A Business
‘Game & Watch: The Legend Of Zelda’ Will...
The 9 Fundamental Components Of A Startup Pitch...
How to Get Results from Broken Link Building
Florida Supreme Court Tells The American Bar Association...
How to Write Perfect Paid Social Media Marketing...
How Restaurants Can Design a More Sustainable Food...
Expenses That Small Business Owners Need to Be...
How You Can Make Saying Goodbye To The...
Biden To Meet Royal Family At Cornwall’s Eden...
It’s Going To Be Emotional — Going International...
Peer Mentoring For Students: STEM & Buds
Home Business UFC Fight Night: Ovince Saint Preux Vs. Ben Rothwell Odds, Preview, And Prediction
BusinessTechnology 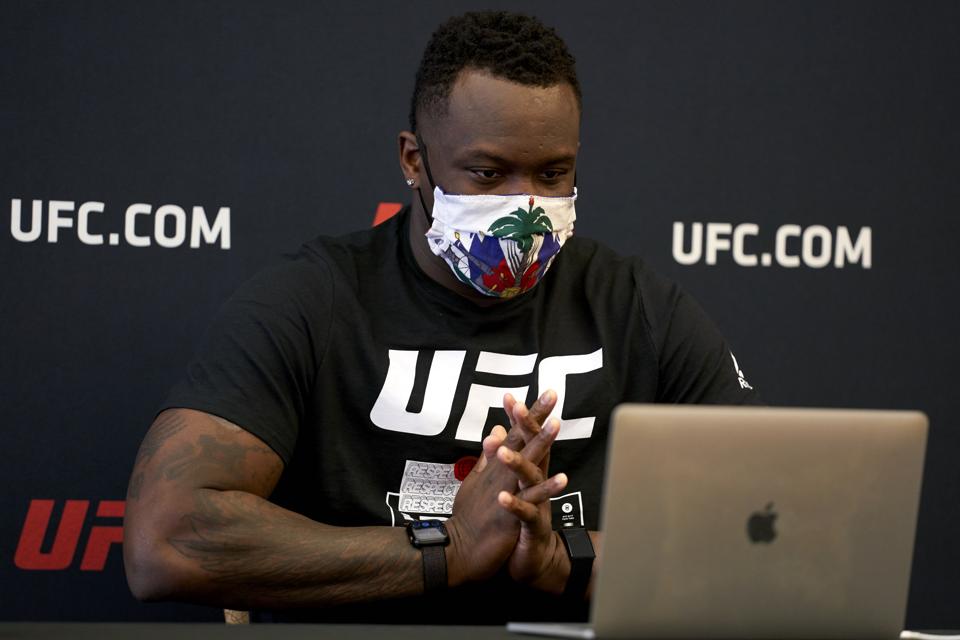 In Wednesday night’s UFC Fight Night co-main event, Ovince Saint Preux will make his heavyweight debut when he tangles with the dangerous Ben Rothwell. Saint Preux has fought his entire UFC career at 205 pounds, but on Wednesday he’ll clash with Rothwell as both men try to push themselves into the rankings.

Here is a look at the odds, per BetOnline. 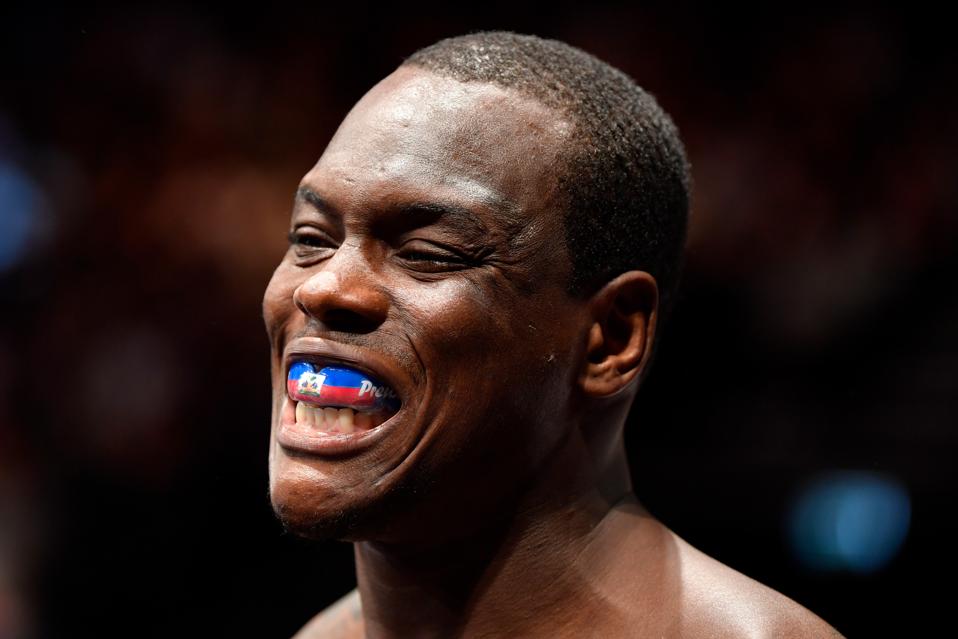 COPENHAGEN, DENMARK – SEPTEMBER 28: Ovince Saint Preux prepares to enter the Octagon prior to his … [+] light heavyweight bout against Michal Oleksiejczuk of Poland during the UFC Fight Night event at Royal Arena on September 28, 2019 in Copenhagen, Denmark. (Photo by Jeff Bottari/Zuffa LLC/Zuffa LLC via Getty Images)

Despite OSP making his debut at heavyweight, he still comes in as a slight favorite. Are the oddsmakers disrespecting Rothwell? Let’s take a look at the matchup. 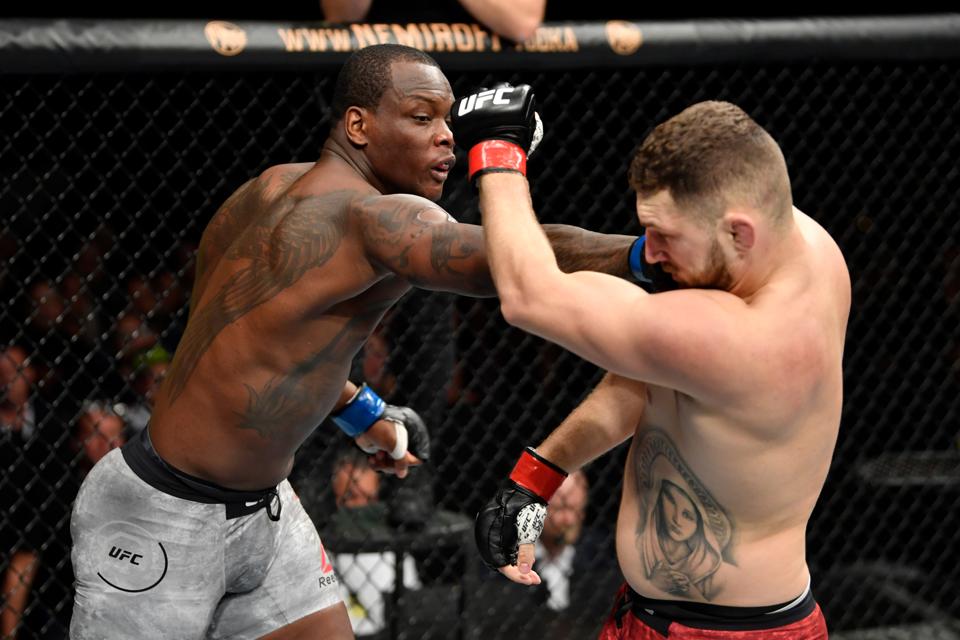 Rothwell isn’t aesthetically pleasing as a striker, but he does have some serious power. That said, he cannot match the explosiveness OSP can bring, especially if he maintains the athleticism we’ve seen at light heavyweight.

OSP gets the advantage in striking.

OSP has become so adept at putting opponents to sleep with the Von Flue choke, UFC veteran and analyst Dan Hardy suggested the maneuver should be renamed the Von Preux Choke:

As good as OSP is at using this rare submission, I can’t say he has the overall advantage in grappling and submissions. Rothwell has only been submitted twice in his career, and the last time he lost that way was seven years ago against Gabriel Gonzaga.

His only other submission loss was early in his MMA career. Meanwhile, he has six career submission victories to eight for OSP. Unlike Rothwell, OSP has been submitted recently. 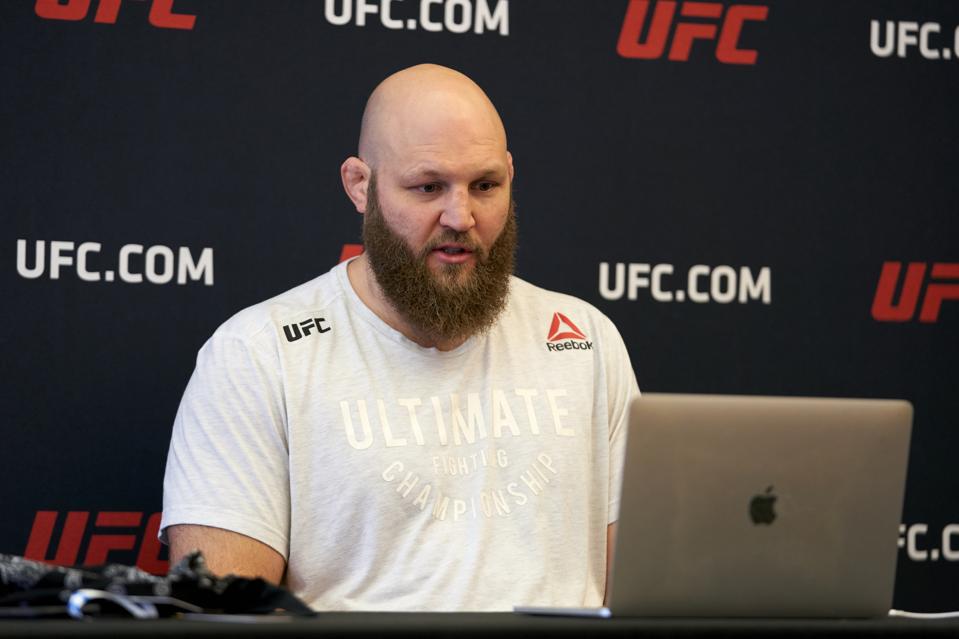 JACKSONVILLE, FLORIDA – MAY 11: Ben Rothwell visits with the media during the UFC Fight Night: Smith … [+] vs. Teixeira Virtual Media Day at the Hyatt Regency Jacksonville Riverfront on May 11, 2020 in Jacksonville, Florida. (Photo by Cooper Neill/Zuffa LLC via Getty Images)

He sometimes gets careless in grappling exchanges and leaves his neck in a vulnerable position. In April 2019, he was submitted via rear-naked choke by Nikita Krylov, and he also fell victim to a standing guillotine from Ilir Latifi in February 2018.

Because of these factors, I give a slight in grappling to Rothwell. 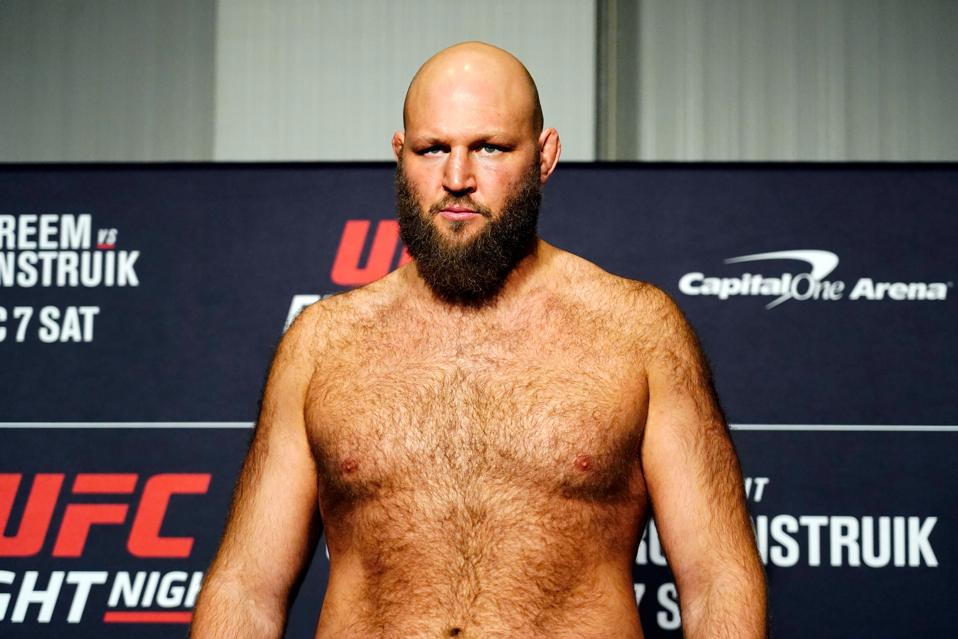 Rothwell is a big, nasty, and intimidating guy. He’s comfortable and at home as a heavyweight. OSP may still have some reservations until he climbs into the Octagon, and feels the power and weight of Rothwell.

Because of the lack of familiarity, Rothwell could be in a better place, but that could change quickly. 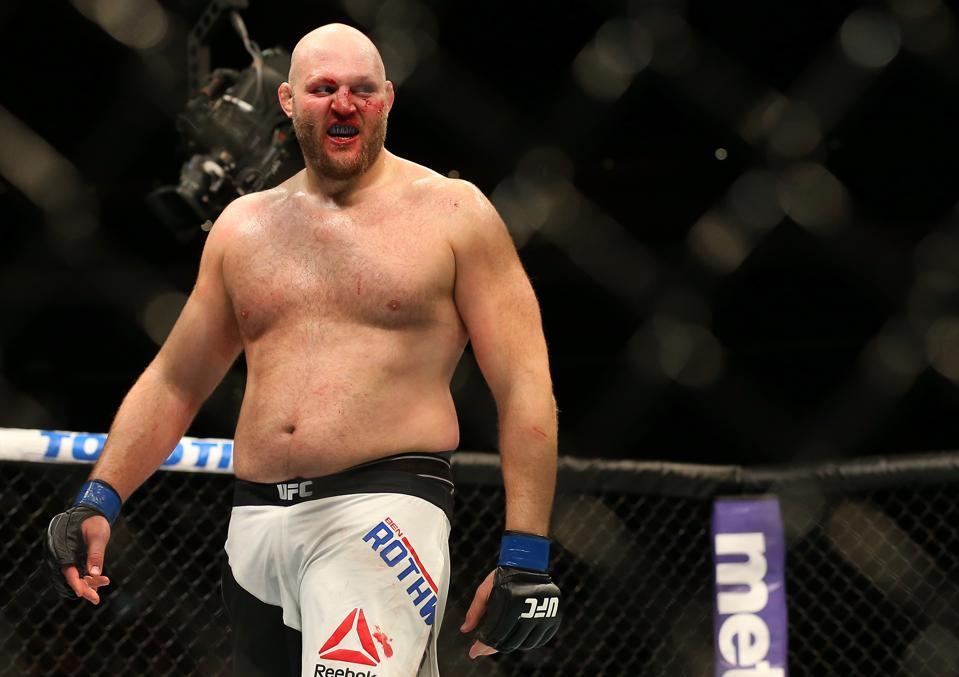 This is another tough fight to call.

As long as the action stays standing, OSP will have the advantage in speed and overall explosiveness. However, during grappling sequences, I believe the edge shifts to Rothwell.

The question then becomes, can OSP hit and hurt Rothwell enough to stop him? My answer is no. Rothwell hasn’t been stopped by strikes in 11 years, and Cain Velasquez was the last man to accomplish that feat.

Rothwell is an overall tough guy to hit squarely, and I see him imposing his size and will en route to a TKO or submission win in the second round.

Boeing CEO Expects Airline Bankruptcy – What Did He Really Mean About Coronavirus Impacts?