Breaking
Microsoft Teams Issues Strike To Zoom With Tidal...
What’s Coming For The S&P 500 In October
A $22,000 Microsoft Surface Will Soon Be For...
Zooming In – Should SMEs Invest In The...
iOS 14: The Surprising Security Risk Of Sharing...
How A Break From Lord Sugar Changed The...
Sunday’s Google Doodle Is Actually About Google
Office Of The Comptroller Of The Currency Chief...
Source Code For Multiple Windows Operating Systems Publicly...
Why Forgettable Pfizer Really Is A Great Value...
Hot For The Holidays? Amazon Home Drone, Kid...
Best Small Business Loans
The FAAMG Stocks Drive The Markets
Channel Arbitrage And Other Ways Fintech Is Disrupting...
Mall Of America Extends A Hand Of Unity...
Surprise Samsung Galaxy S20 FE Beats Google Pixel...
Home Business UFC On ESPN 10 Full Fight Video: Watch Jessica Eye Defeat Jessica-Rose Clark
Business 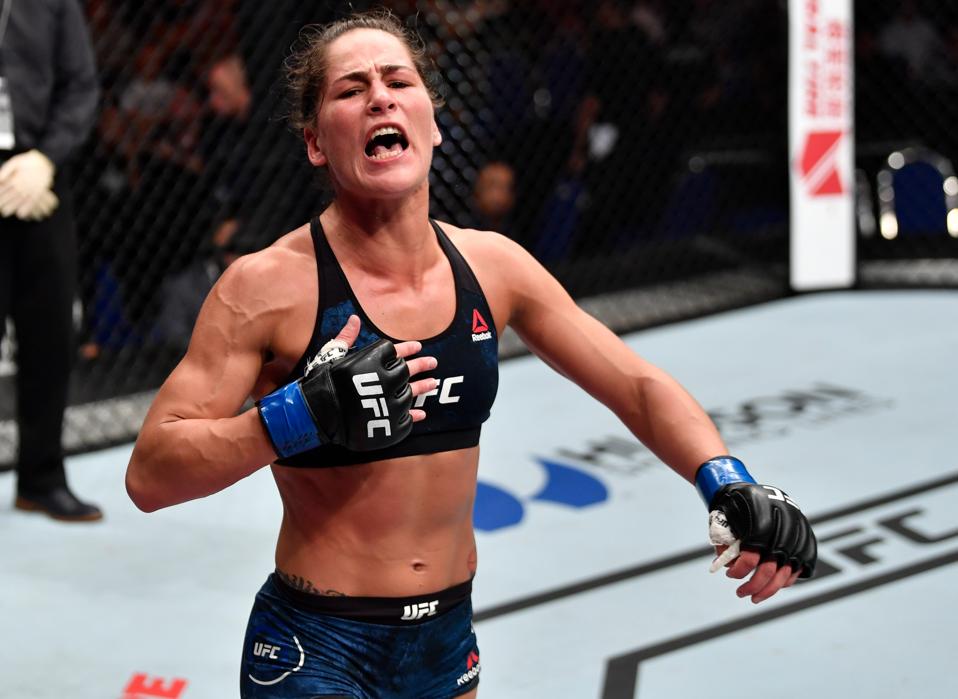 SINGAPORE – JUNE 23: Jessica Eye celebrates after her decision victory over Jessica-Rose Clark of … [+] Australia in their women’s flyweight bout during the UFC Fight Night event at the Singapore Indoor Stadium on June 23, 2018 in Singapore. (Photo by Jeff Bottari/Zuffa LLC/Zuffa LLC via Getty Images)

Jessica Eye made her debut as a UFC flyweight in January 2018. Before she dropped to 125 pounds, Eye’s UFC record stood at 1-5-0-1. She won her first fight at flyweight with a split decision over Kalindra Faria. In June 2018, Eye faced Jessica-Rose Clark on the main card of UFC Fight Night 132.

Clark was favored over eye for the flyweight scrap. She was a -190 favorite over Eye, who came in as a +130 underdog. Clark was on a three-fight winning streak headed into the matchup. She was coming off a unanimous decision win over the heavily hyped Paige VanZant in her previous outing. Clark was ranked No. 9 in the division heading into the contest, while Clark was ranked at No. 10.

In what was an evenly matched bout, Eye ended Clark’s winning streak via unanimous decision. Eye defeated Katlyn Chookagian via split decision in her next outing. The victory earned Eye a shot at Valentina Shevchenko and her UFC title. Shevchenko knocked out Eye in what I felt was the best knockout of 2019.

Eye bounced back from that brutal loss with a decision win over Viviane Araujo. She is the No. 1 ranked fighter in the official UFC women’s flyweight rankings.

UFC on ESPN 10 takes place Saturday at the UFC Apex in Las Vegas. The card airs on ESPN and streams on ESPN+.

Before that event takes place, watch Eye’s win over Clark.