Breaking
The Impact of Internships in Marketing
3 use cases of chatbots for critical services
How To Make Working From Home Appeal To...
Tips on How to Design an Office Space...
4 Tips To Help Build Amazing Customer Relationships
How Are US Pension Funds Responding to the...
Benefits of second-hand cars for your business
4 Reasons Why Your App Needs To Undergo...
Your Guide to Online Marketing
How to find a Solicitor in London
5 car tyre and safety tips for a...
Everything You Need to Know About Corporate Social...
Is Adaptive Leadership the Key to Motivating Employees?
Why business events are set to return with...
Business events set to return with a bang!
Expanding Internationally: 5 Things to Consider for eCommerce...
Home Business UFC On ESPN 8: Alistair Overeem Vs. Walt Harris Stats And Video Highlights
Business 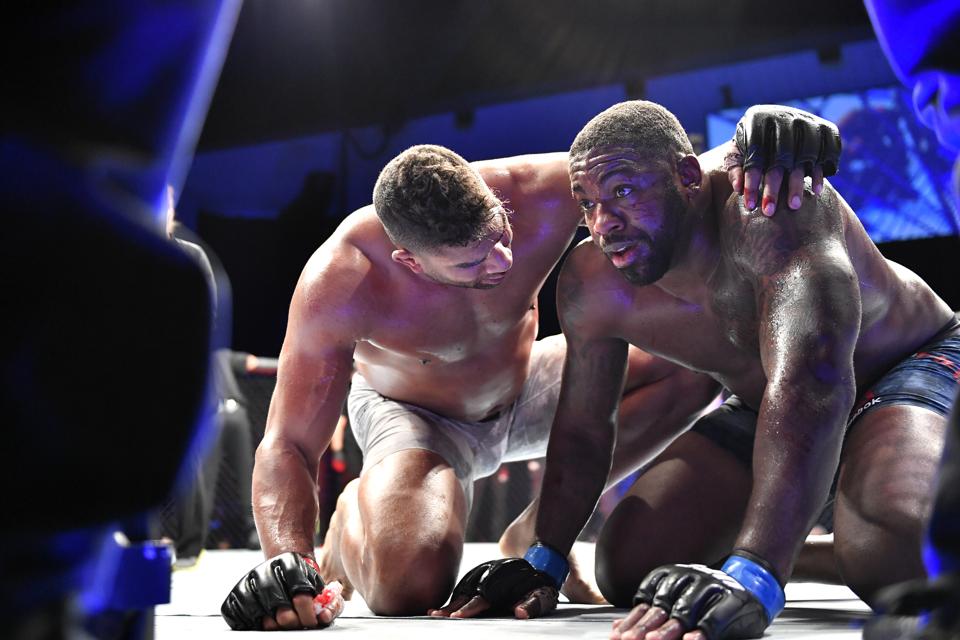 JACKSONVILLE, FLORIDA – MAY 16: Alistair Overeem (L) of Great Britain consoles Walt Harris of the … [+] United States after their Heavyweight bout during UFC Fight Night at VyStar Veterans Memorial Arena on May 16, 2020 in Jacksonville, Florida. (Photo by Douglas P. DeFelice/Getty Images)

The storyline of this fight, which was expected to take place in December, but a family tragedy forced Harris to withdraw from that bout.

Harris’ stepdaughter, Aniah Blanchard went missing in late October. Blanchard’s body was found a month later in Macon County, Alabama. Blanchard, 19, was abducted outside a convenience store. Her cause of death, according to AL.com, was a gunshot wound to the head. Ibraheem Yazeed, 29, was initially charged with first-degree kidnapping. A capital murder charge was later added against Yazeed.

Heading into last night, Harris spoke to MMA Junkie about his mindset.

“My focus has been laser sharp since the tragedy. I’m fighting for a different purpose. My daughter is with me everywhere I go. When you’ve got something like that pushing you, man,” said Harris. “Right now, at this point in my career, I feel like I could run through a brick wall. He’s going to be facing a dangerous man on Saturday night, for sure.”

Both men likely benefited from the absence of a crowd in Jacksonville, Harris because he could stay focused on just the fight. The benefit to Overeem was that he didn’t have to deal with a crowd which likely would have rooted against him in the hopes of Harris getting the storybook victory.

Early in the contest it seemed that Harris would get his hand raised and earn himself his 14th career knockout victory.

Harris dropped Overeem with a two-punch combo and took a lot of damage on the ground. When Overeem got back to his feet, He had a nasty cut near his left eye and blood covered his face. Harris made a mistake with an attempted kick. That allowed Overeem to get the fight to the mat, which allowed him time to recover. While he recovered his wind, Overeem also controlled Harris’ wrist and landed strikes in close on the ground while he jammed Harris up against the cage. Harris got to his feet before the horn sounded to close the first stanza, but he ate a knee to the body for his trouble.

The action slowed at the start of the second round. Harris tried to work his jab, while Overeem looked for a spot to counter. Overeem found his opening 90 seconds in when he landed a head kick and a left hook that dropped Harris. Overeem again took Harris’ back and worked strikes to Harris’ head. Overeem then flattened Harris onto the mat and peppered Harris with heavier head strikes. Referee Dan Miragliotta gave Harris more than enough time to recover, but with Overeem on his back and landing heavy strikes, Harris couldn’t muster any defense. Miragliotta waved the fight off at the 3:00 mark of the second round.

After the fight was waved off, Overeem consoled Harris.

The loss ended Harris’ unbeaten streak at four. For Overeem the knockout was a bounce back performance following his December KO loss to Jairzinho Rozenstruik.

“You ain’t seen the last of The Big Ticket. I’m going to go home, recover. I’m going to heal emotionally and physically and I promise you I’ll be better,” Harris said during his post-fight interview.

What’s Going On With Comet SWAN? Everything You Need To Know About The ‘Comet Of The Year’

Can Vitamin D Help With Covid-19 Coronavirus? Here Is The Science