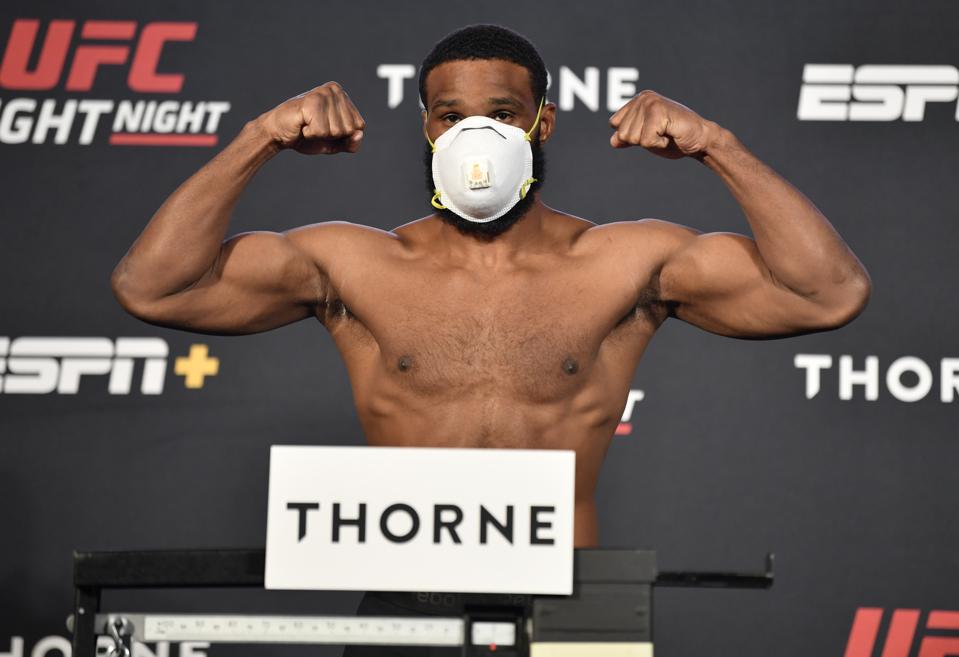 Daily fantasy players have another UFC contest to participate in on Saturday, and with a smaller Octagon being used, there is a chance we’ll see more finishes from this event.

The UFC on ESPN 9 card takes place from the UFC Apex in Las Vegas, and as usual, there are bargains and traps across the DraftKings contests attached to the event.

Let’s look at the low-cost bargains and the over-priced traps. 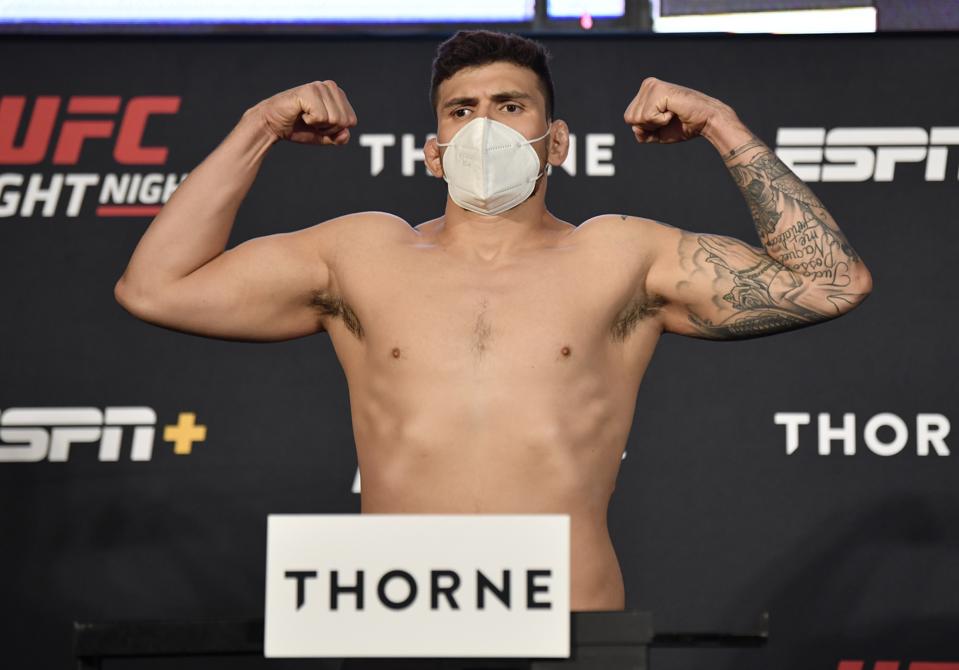 The big, physically strong Brazilian light heavyweight is an underdog against Jamahal Hill. Abreu has a major advantage in grappling, and he’s a sturdily built, and a more well-rounded fighter than his opponent.

Hill is the favorite because he’s a more advanced striker, but he struggled to stop takedowns in his last fight against Darko Stosic. The latter was giving up four inches in height and there was a noticeable struggle to close the distance.

Still, Stosic took Hill down six times in this fight. If Hill’s takedown defense hasn’t improved and Abreu is able to get him in this situation, the consequences could be more dire.

Abreu is a fantastic grappler, and if he’s smart, he’ll limit the time this fight remains standing, and he’ll try to turn this into a Brazilian Jiu-Jitsu match. An Abreu win could be packed with takedowns, and perhaps a stoppage from ground and pound, or a submission victory.

That sort of result would be fantastic from a fighter with a $7,800 DK salary. 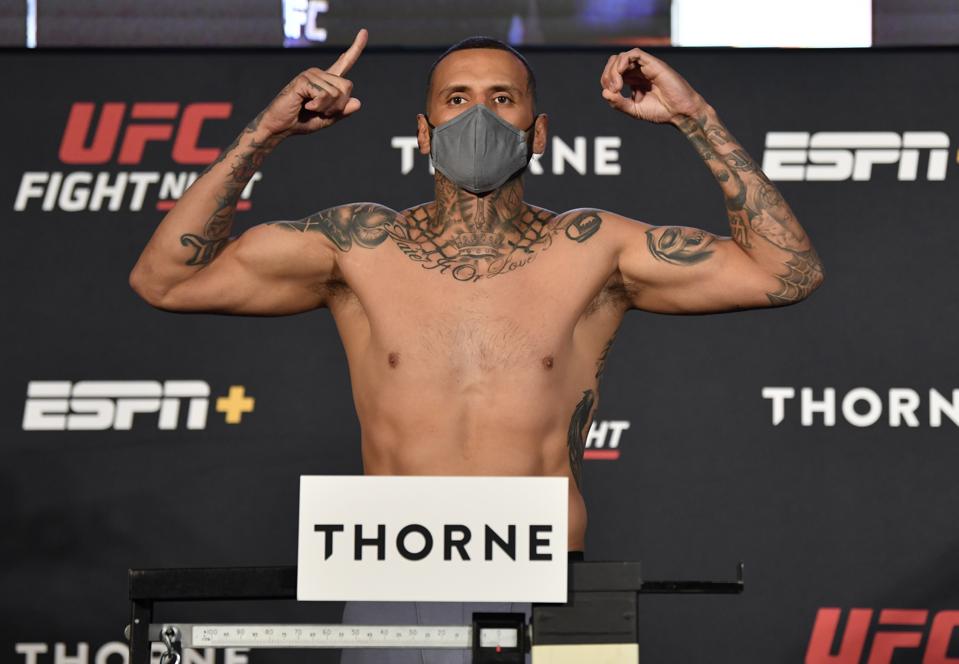 With all due respect to “Gifted” Gabriel Green, he isn’t set up for success in his bout with Daniel Rodriguez on Saturday. Originally, Rodriguez was set to face Kevin Holland who may have closed as a favorite in the bout.

However, Holland suffered an injury and had to pull out of the fight. Despite the change, Rodriguez’s DK salary remained the same, which is an attractive $7,300.

Green stepped up, but he has had limited experience and success at 170 pounds.

According to Tapology, Green has had just two fights at welterweight as a professional. He’s 1-1 at the weight in his career, and the last time he fought at 170 pounds was 2016 when he was stopped in the first round by Randon Abafo.

Green is a brawler, whose striking defense isn’t exemplary. That could be a major problem on Saturday.

Rodriguez has proven himself at the weight, and while he hasn’t had much time to prepare specifically for Green, he should be the naturally bigger man in the Octagon, and he is my pick to win.

That said, a win doesn’t automatically equate to a great DK pick.

Rodriguez feels like a goldmine in this contest because he is a finisher, and Green is the kind of fighter who always presses the action. Rodriguez has finished 10 of his 11 wins, including an impressive second-round submission victory over Tim Means in February.

Against a smaller, late-replacement who isn’t tough to hit, Rodriguez is in a great position to deliver a big fantasy performance. 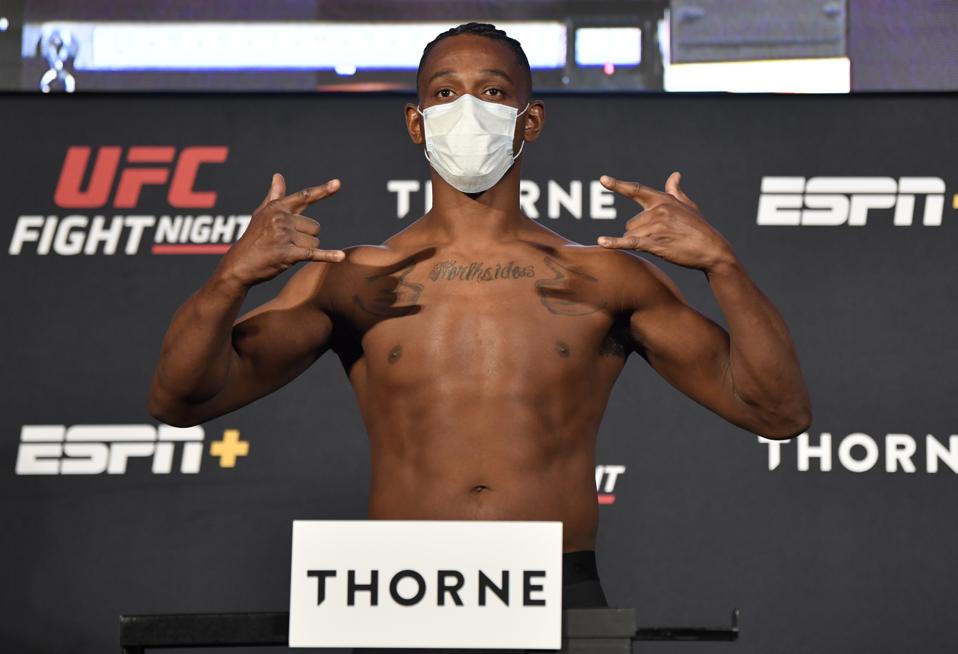 While Hill is impressive as a striker, he is an imperfect prospect whose deficiencies could be easily exposed by Abreu.

Hill could continue his momentum with another strong striking performance–especially if Abreu elects to try to prove himself in the stand-up exchanges.

If Abreu uses the right approach, he could smash Hill’s DK potential in this fight. 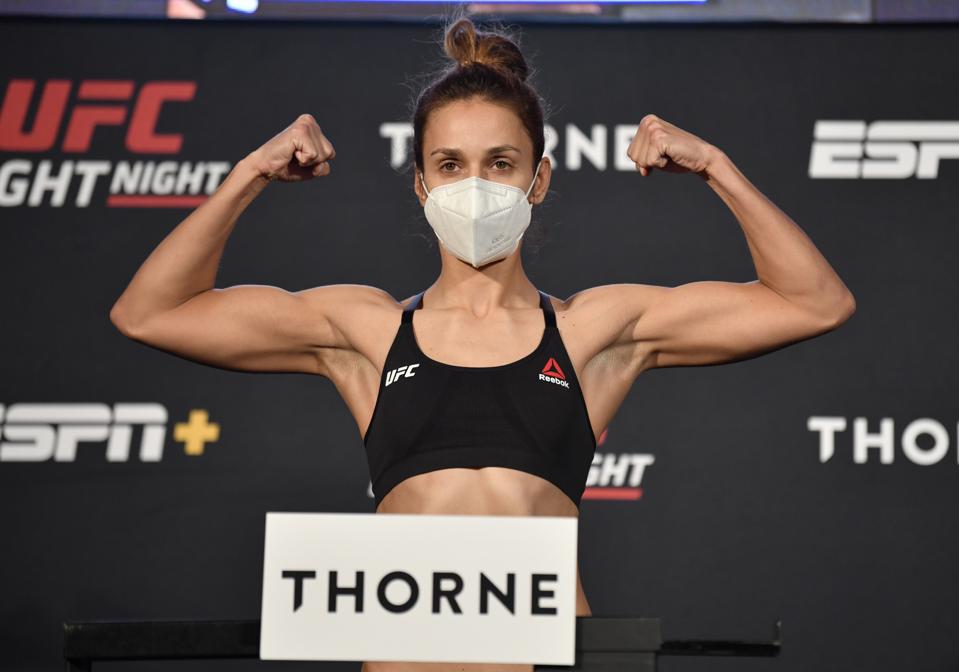 LAS VEGAS, NEVADA – MAY 29: Antonina Shevchenko of Kyrgyzstan poses on the scale during the UFC … [+] weigh-in at UFC APEX on May 29, 2020 in Las Vegas, Nevada. (Photo by Jeff Bottari/Zuffa LLC)

Antonina Shevchenko is my pick to defeat Katlyn Chookagian on Saturday, just as her sister and current UFC Women’s Flyweight Champion Valentina Shevchenko did earlier this year.

However, Valentina was able to hand Chookagian her first defeat via stoppage, and that sort of performance isn’t as likely from Antonina.

Chookagian is tough to hit for almost all opponents. She has a 63% striking defense metric in her favor during her UFC career. While Chookagian has lost three times, her defeats have rarely positioned her opponents as massive DK performers.

Shevchenko seems to be on track for a victory, but it would be surprising if it renders more than 75 fantasy points.

Unless there are underwhelming fantasy outputs on this card–which seems unlikely with a smaller Octagon–that won’t be a big enough point total to justify a spot in your lineup. That’s especially the case when you consider Shevchenko’s DK salary is $8,500.

Lookout for post-event coverage after the event, and look here for my predictions on every fight on the card.

An MIT For The North Of England? – Sheffield University’s Blueprint For Innovation

Defining Success For Yourself – 10 Career Insights...

Deep Learning: What You Need To Know