Breaking
Top Stocks To Short Today As Markets Fall...
Three New York-Based Sustainable Fine Jewelry Brands That...
This Week In Credit Card News: No-Interest Credit...
Thirteen Predictions For 2021 In Sustainability Private Equity...
How Too Much Optimism On Vaccines And The...
Nine Strategies To Make Your New Year’s Resolutions...
Paper-Free Isn’t Enough: The Keys To Sustainable Web...
The Era Of Multimedia Engagement
Is Twitter’s Stock Move Overdone?
Why Does The Chancellor Refuse To Help The...
‘WandaVision’ Episode 1 Recap And Review: A Crackerjack...
How To Move From An Office To A...
Managing Customer and Vendor Relationships: 4 Things to...
Prince Charles Wants Companies To Raise £7.3bn For...
$3 Million Martian ‘Drone With Claws’ Set For...
Biden Will Push Congress To Pass $1.9 Trillion...
Home Business UFC Video Preview: A Look At The 3 Champions Fighting At UFC 245
Business 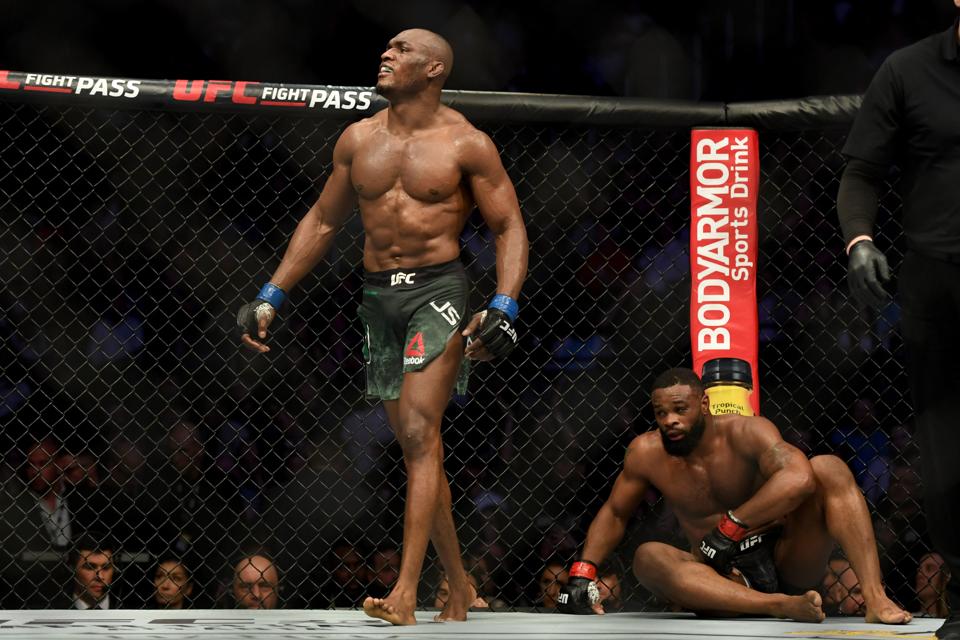 The UFC is in Las Vegas on Saturday for the promotion’s final pay-per-view card of 2019. That event, UFC 245 features three title fights at the top of the fight card. In the headlining bout, Kamaru Usman puts his welterweight crown on the line against former-interim champion Colby Covington. In the co-main event, featherweight kingpin Max Holloway faces the 20-1 Alexander Volkanovski. Before those two bouts, two-division women’s champion Amanda Nunes matches up against ex-women’s featherweight champ Germaine de Randamie in a bantamweight scrap.

Usman, who is 10-0 in the UFC, won the UFC welterweight title in March 2019 from Tyron Woodley. Usman won that bout via unanimous decision. The victory was Usman’s third straight decision victory in a UFC headlining fight. Usman’s win ended Woodley’s title reign at four bouts. The champs matchup against Covington is his first scheduled defense of the belt.

Holloway won the interim featherweight strap in December 2016 with a TKO win over Jose Aldo. In June 2017, Holloway unified the titles with a second TKO win over Aldo. Since then, Holloway has defended the 145-pound belt on three occasions. His most recent title defense was a July decision win over former UFC lightweight kingpin Frankie Edgar.

Holloway also fought for the lightweight title in April. He dropped a decision to Dustin Poirier in that contest. The loss was the first for Holloway since he lost a decision to Conor McGregor in August 2013.

Nunes looks for her fifth women’s bantamweight defense on Saturday in a rematch with De Randamie. Nunes defeated De Randamie by first-round TKO in September 2014. Nunes claimed the women’s 135-pound title in July 2016 with a submission win over Miesha Tate. Her first defense was a 48-second knockout win over ex-champion Ronda Rousey. She has also scored wins over Valentina Shevchenko, Raquel Pennington and ex-champ Holly Holm.

Nunes claimed her second title in December 2018 when she ended the reign of UFC women’s featherweight champion Cris Cyborg via a 51-second knockout.

The Original SUVs, Chevrolet Suburban And Tahoe, Get Bigger, Smarter And Smoother For 2021