UK Plans To Continue Ban On Chlorinated Chicken From US 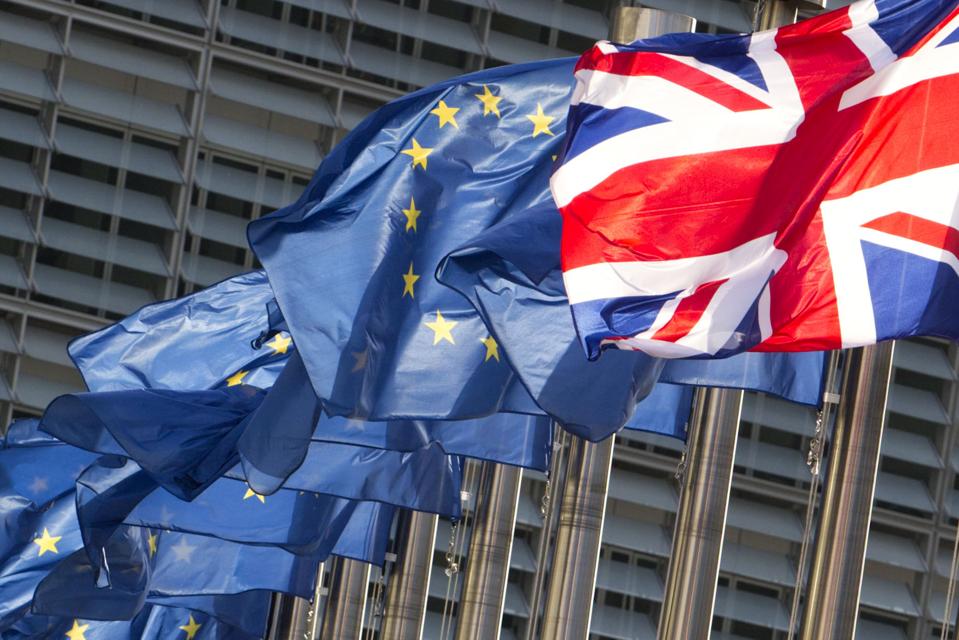 European Union flags and the U.K. flag in the wind. AP Photo/Virginia Mayo

Chlorinated chicken means the meat has been rinsed with chlorine. The USDA allows farmers to use chlorine to disinfect chicken because bleach can kill bacteria such as Salmonella.

The USDA recommends an 18 to 30 parts per million (ppm) chlorine rinse for chicken and allows 3 ppm of residual chlorine dioxide in chiller water, so the chemical is diluted significantly. For comparison, the CDC considers 4 ppm of chlorine in drinking water safe.

The National Chicken Council estimates that only 10% of the processing plants in the U.S. actually use chlorine. In addition, the National Chicken Council mentions, “&lsqb;N&rsqb;umerous studies and scientific research have confirmed that the use of chlorinated water to chill and clean chicken is safe and effective. Chlorine-washed chicken does not pose any human health concerns and it is not present in the final product.”

Reasons for the Ban

According to the BBC, the European Union believes that allowing farmers to use chlorine makes them more careless when raising their chickens, and the U.K. seems to agree. However, the U.S. considers the ban as a way to protect European farmers from competition by banning U.S. chicken imports.

Although the European Union banned chlorinated chicken in 1997, it continues to allow chlorine-washed bagged salads. The argument against chlorine-washed chicken focuses on the possibility of lower standards during the production process since the disinfectant can be used as a way to compensate for them.

In an opinion report, the European Food Safety Authority’s Scientific Panel decided that chlorine rinses did not pose a health risk and pointed out, “&lsqb;C&rsqb;onsidering that poultry carcass is to be consumed only after processing the exposure levels would diminish further. The Panel therefore concluded that after processing (washing, cooking) the actual exposure to chlorine dioxide residues arising from treated poultry carcasses would be of no safety concern.”

For now, the ban against importing chlorinated chicken stands in the U.K. and European Union. However, it will continue to be a point of debate during trade discussions.

The Good, Bad And Ugly From The Green Bay Packers’ Playoff Loss To The San Francisco 49ers

5 Industries That Are Pushing the Boundaries of...

Anthony Harris Must Return To Vikings Even Though...

How To Stop Wasting Your Ad Budget