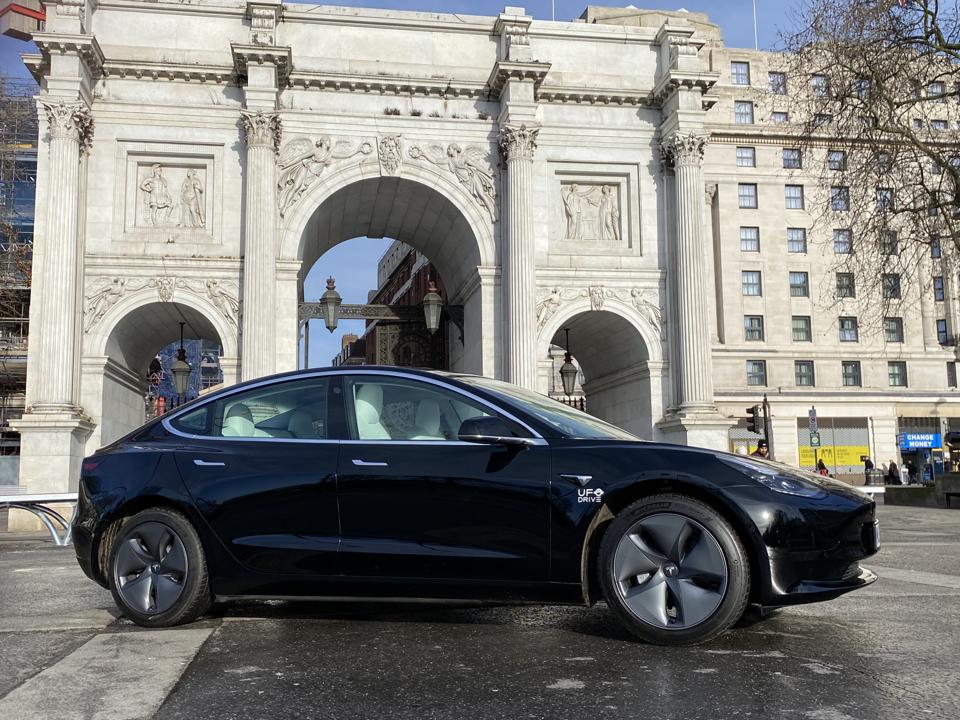 The UK’s first electronic car hire platform has launched in London, allowing users to rent 100 zero-emissions cars across the capital.

UFODRIVE is now available in two central London locations,  including Oxford Street and Park, and will launch in Westfield Shepherd’s Bush soon.

Rentals cost £90 per day and include unlimited free charges at any of the 100,000 charging points available across the UK and Europe. Each car comes with a built-in, real-time automated navigation system to eliminate range and charge concerns.

Founded by Aidan McClean in 2018, UFODRIVE is on a mission to provide the world’s fastest and easiest car rental experience while reducing paperwork, queues, fuel, emissions and hassle for its users.

The service is already available 24/7 in a number of city and airport locations across eight European countries and has seen 487,000 liters of fuel avoided.

Speaking about the launch, McClean said: “All travel will become emission free. It simply has to happen. However,  most people still believe this will only be in the future. The technology exists today for all cars to work perfectly without the environmental impact.”

Drivers can quickly make bookings via an easy-to-use mobile app, and they’re able to use the car immediately as a result of keyless access technology.

Currently, users can choose between Tesla Model S and Model 3 vehicles. But the company revealed that it’s planning to bring other models, such as Audi’s E-tron, in the near future.

These cars, which come with full insurance and roadside cover for the entire rental period, are 100% electric to reduce the carbon footprint of the driver and sport a driving range of 200 miles before they need to be charged.

McClean added: “Since launching UFODRIVE, our users have driven over six million kilometres across Europe on electric alone.

“We’re now incredibly excited to bring our solution to London, where there is a significant need to reduce the city’s emissions for the health and wellbeing of its locals and surroundings.”