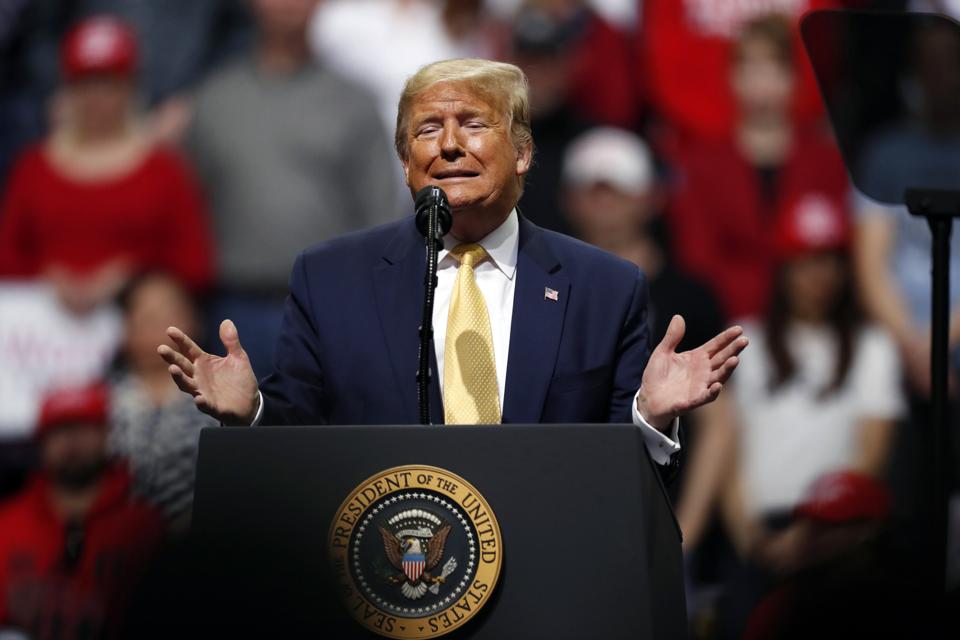 Topline: Donald Trump hit out at Oscar-winning film Parasite on Thursday, asking why the South Korean film won best picture and suggesting a return of 1939 hit Gone With The Wind, a multi-Academy Award winning movie that has been criticised for perpetuating racist tropes.

Key background: The Gone With The Wind film, adapted from Margaret Mitchell’s Pulitzer-winning 1936 novel, has a complicated legacy. The historic epic is regarded by some as an American classic, a box office smash hit, and broke barriers with star Hattie McDaniel’s Academy Award a first for a black actor. The story’s rose-tinted view of the Civil War, the Confederacy, and slavery, have been branded by some as racist and guilty of perpetuating myths and stereotypes about African-Americans.

News peg: Bong Joon-ho’s dark comedy film made history for becoming the first non-English speaking film to win the coveted Best Picture award. The win was widely praised by film critics for heralding a new era for Korean film while Bong Joon-ho, who also picked up the Best Director award at the ceremony earlier this month, said of the win: “Once you overcome the one inch tall barrier of subtitles, you will be introduced to so many more amazing films.” The movie also won Best International Film and Best Original Screenplay.

Big number: Parasite saw a significant surge in box office takings of 22% post-Oscars, which is the biggest surge in five years, according to Deadline. NEON expanded screenings of the film to 1,000 more locations after the February 9 ceremony. The film has grossed more than $45 million in the U.S.

A Big Black Bird Is Coming At You. Are You Prepared?