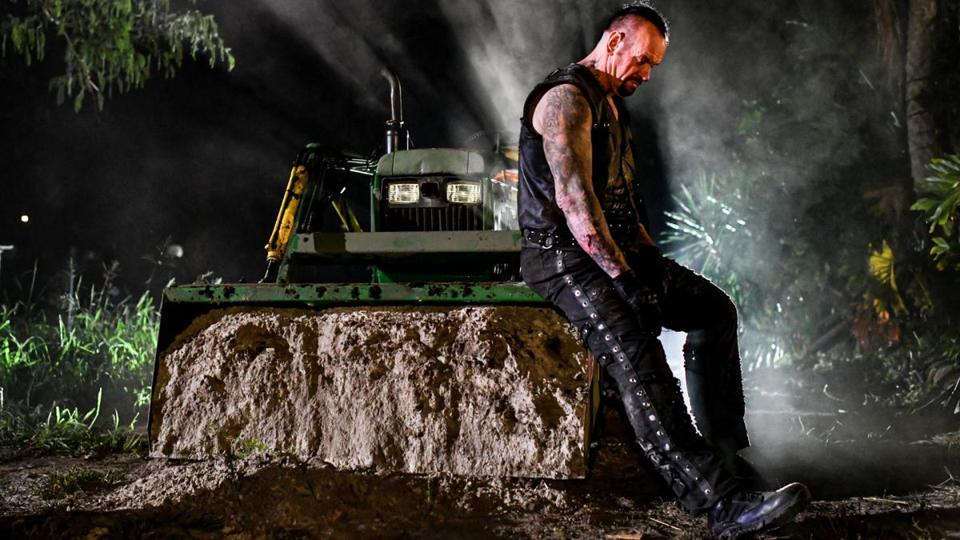 The Undertaker in “the boneyard.”

This past Friday night’s episode of SmackDown may have been thrown for a loop by the reported string of COVID-19 test positives among the WWE roster, but there was a backup plan in place: Filling time with tributes to The Undertaker, who just announced his retirement. Throw in the free TV premiere of “The Dead Man’s” Boneyard Match with A.J. Styles from this year’s WrestleMania, and you had a show that was potentially a lot more appealing than the average episode of pandemic-era WWE wrestling.

With the final ratings in for Friday night, it looks like that backup plan was a hit. According to Show Buzz Daily, the final broadcast network ratings for Friday’s SmackDown didn’t budge from the overnight ratings that came out on Saturday. In the key adults aged 18-49 demographic valued most by advertisers, the show did the usual 0.5% rating across both hours that it’s done throughout the pandemic era. But as total viewers across all demographics go, the average total viewership of 2,174,000 was the show’s best number since the April 17th episode.

With WWE currently staying mum—both publicly and privately—about how many wrestlers tested positive for COVID-19 in their first round of testing, it remains to be seen if we’ll be seeing more archival footage-heavy shows for a lack of wrestlers who tested negative. Monday Night Raw, which runs 1/3rd longer than SmackDown, was able to follow up with a more or less “normal” episode by pandemic era standards, so this may be a relative blip as WWE rides out the consequences of not testing for the first three months of close-set pandemic shows.

Time Is Running Out For The Self-Employed And PPP Loans

During This Daunting Time, Use Extraordinary Customer Service...

How To Fix The Utah Jazz Bench