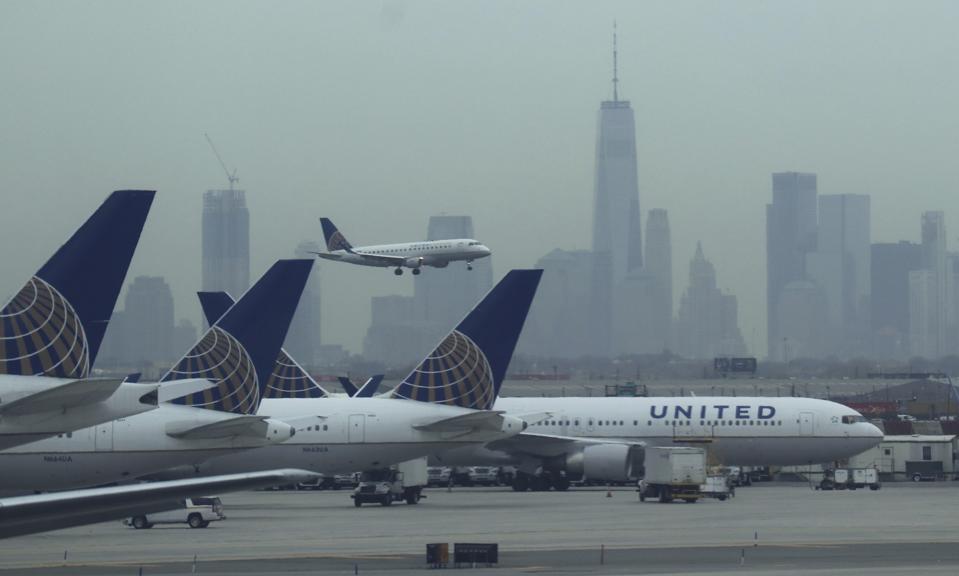 A United Airlines airplane lands in front of the skyline of lower Manhattan at Newark Liberty … [+] Airport on April 12 in Newark, New Jersey.

This week’s United Airlines order for 50 A321XLRs underscores a big problem for Boeing: it has a serious disadvantage in the middle market. This problem is growing, both because this segment is getting hotter and because Boeing’s plans for new product development have faltered.

This middle segment – basically jets with 190 to 250 seats and 4,000- to 5,000-nautical-mile range – is the only really healthy part of the market. Total new jet orders have fallen to just around 500 (net of cancellations) this year at Airbus and Boeing combined; the A321neo, the most capable (and arguably only) middle market jet available today, took about 430 of these orders.

Two years ago, the A321neo was a third of Airbus’s total A320neo family backlog. Today, it’s 50%. Airbus’s only major problem is figuring how to build the A321neo, including its newest derivative, the A321XLR, in sufficient numbers. It has been a difficult production ramp, since customers want a variety of interior options. The company is looking at adding additional capacity.

Competition, however, has not been a problem. The 737 MAX 9 and 10 simply don’t have the A321neo’s capabilities in terms of range and capacity. As the chart below shows, Boeing’s backlog for the MAX 9 and 10 (which falls in the 200 SA, or single aisle, segment) is only about one-fourth of the A321neo’s. 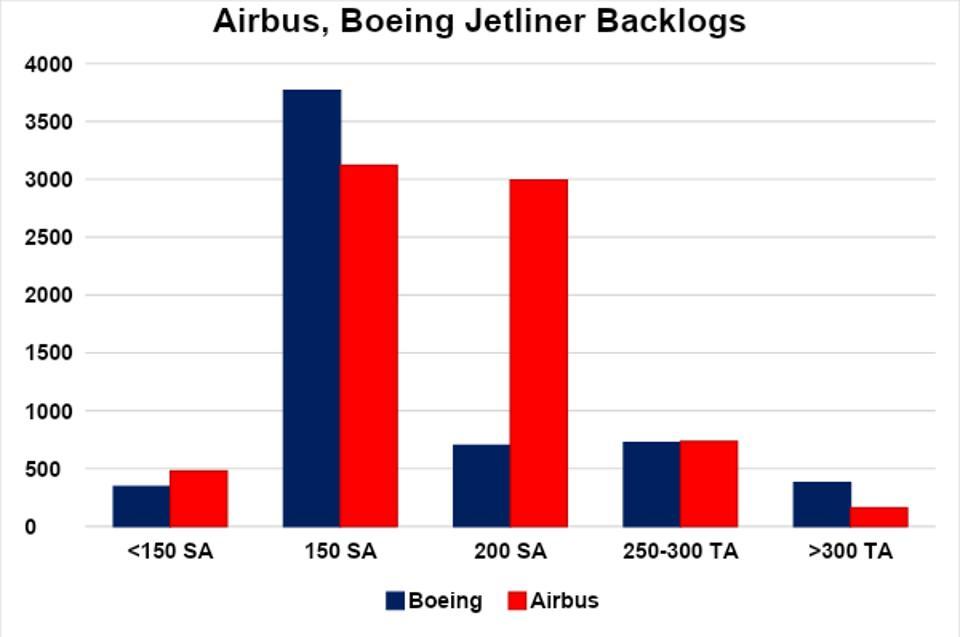 Boeing’s midmarket position is a glaring exception to every other segment, where Airbus and Boeing are about equal. Even the troubled 737 MAX 8 remains at parity with the A320neo (in the 150 SA segment).

It’s clear that Boeing has lost the race, at least for now. But they can’t afford to declare defeat and walk away. Like any example of a successful product driving a successful customer strategy (and vice versa), mid-market demand will grow, particularly as the range of new mid-size jets improves with better engine technology and other enhancements.

The reasons are clear: more revenue, less expense. Airline customers will pay more to fly directly to where they want to go, and it costs less for airlines to fly them directly – a direct flight involves half as many takeoffs and landings as a flight that includes a plane change at a hub (which also makes them more eco-friendly). Many of United’s A321XLRs will fly transatlantic routes. If the hub-oriented A380 was the dumbest jetliner product launch ever, the A321neo was the smartest.

As a big fan of Malta, I was delighted to learn this week that Air Malta is looking at A321XLRs to expand their route network beyond Europe; I’m hoping they look closely at Washington, DC, my home, which would cut my travel time there by at least one third. That’s one example of many possible future mid-market routes.

Yet I have doubts about their proposed New Midsized Airplane (NMA), a 220- to 260-seat mid-range composite twin-aisle design which has been around as a concept for about five years, with no signs of a program launch. It’s very hard to compete with a single aisle like the A321 using a twin aisle like NMA, as twin aisles generally have higher per-seat operating costs and manufacturing costs. United was seen as a likely NMA customer, so their A321neo order is hardly a promising sign.

One alternative would be a Future Small Aircraft (FSA), a clean-sheet family of new single aisle jets beginning with the largest model. This could be in the 757 size and range class. There would be complications with this approach, particularly since a smaller FSA model could make the 737 MAX a nine-year production program, but ultimately it might be the best way for Boeing to contest this segment.

However, with the financial fallout from the MAX disaster worsening, it’s just as likely that Boeing does nothing new for the next few years. Yet if they curtail new jet development spending in order to repair their balance sheet and to resume returning cash to shareholders, they will lose market share quickly. What was a 50-50 story could easily turn into a 60% scenario for Boeing (Airbus’s overall single-aisle market share has already reached 60%). This shift would have big implications for Boeing suppliers, and the entire aviation industry.

How To Market Your Product Successfully At CES 2020