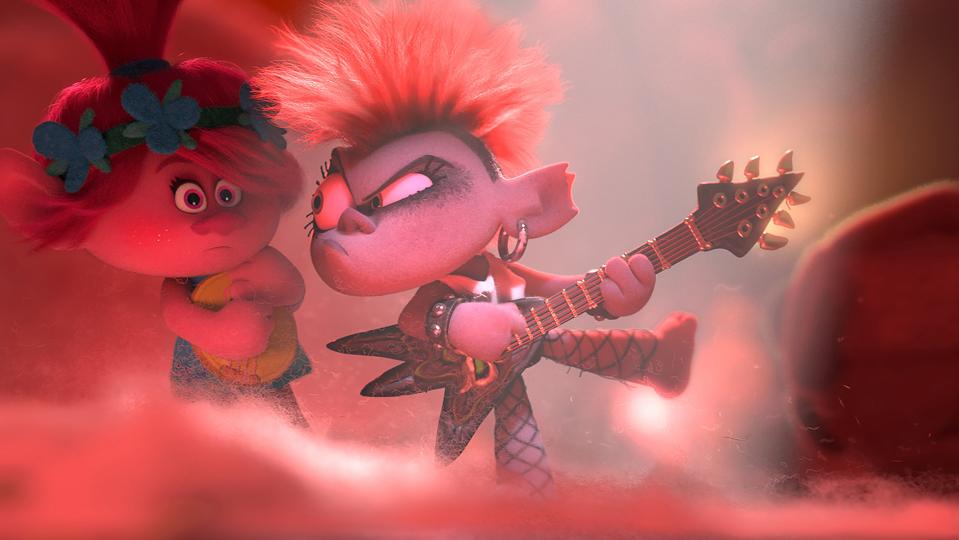 Poppy (Anna Kendrick) doesn’t know quite what to make of the Queen of Rock, Queen Barb (Rachel … [+] Bloom) in ‘Trolls World Tour.’

Universal is, in an admittedly unprecedented scenario, playing a dangerous game, in the hopes that short term VOD gains don’t lead to the end of theatrical profits.

Universal has announced that its three most recent theatrical releases, Blumhouse’s The Hunt, Blumhouse’s The Invisible Man and Focus Features’ Emma, will be available for online rental from all relevant streaming platforms beginning March 20, or this Friday. And they will be releasing Trolls: World Tour in theaters and on VOD concurrently in each respective market’s theatrical release (April 10 for North America) date. The move is indeed an official shattering of the theatrical widow.

This is beyond even the six week-long gap that Paramount tried (and arguably failed) in 2015 with Paranormal Activity: The Hidden Dimension and The Scouts’ Guide to the Zombie Apocalypse. Honestly, studios have been itching this try this for at least a decade, as I distinctly remember Universal threatening to offer Tower Heist for rental for $60 three weeks after opening day in October of 2011. They theaters did not respond in the affirmative, and the plan was canceled. 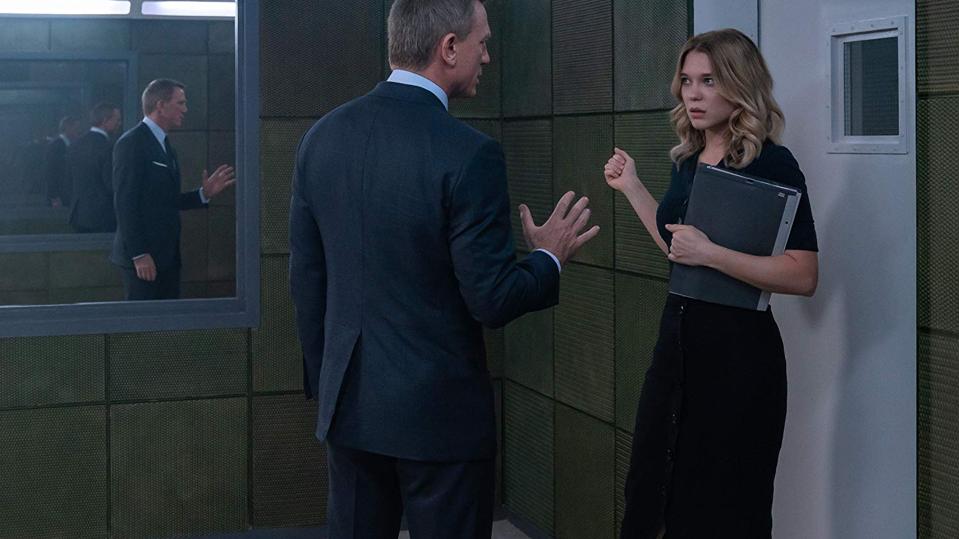 Daniel Craig and Lea Seydoux in No Time to Die

And yes, this is different from the copious smaller distributors (Magnolia, IFC, Lionsgate Premiere, etc.) that have been doing simultaneous day-and-date VOD/theater releases for a decade. We tend to hear some studio executive or venture capitalist discussing theoretical “see movies in theaters from home” plans here and there on the regular. There was Sean Parker’s “Screening Room” idea, offering $50 day-and-date rentals that was whispered about in 2016, but again nothing ever came of it.

I said back then that such a notion, if popularized, would absolutely destroy the theatrical industry. Such a “see it in theaters or watch it at home” scenario for “big” movies would negate the one remaining variable, exclusivity, that theaters held over VOD, DVD and the like. While Universal (and any other studios that decide to try this) are in an unprecedented rock-and-a-hard place due to coronavirus scaring audiences away from (now quickly shuttering) theaters, my pessimism remains the same. 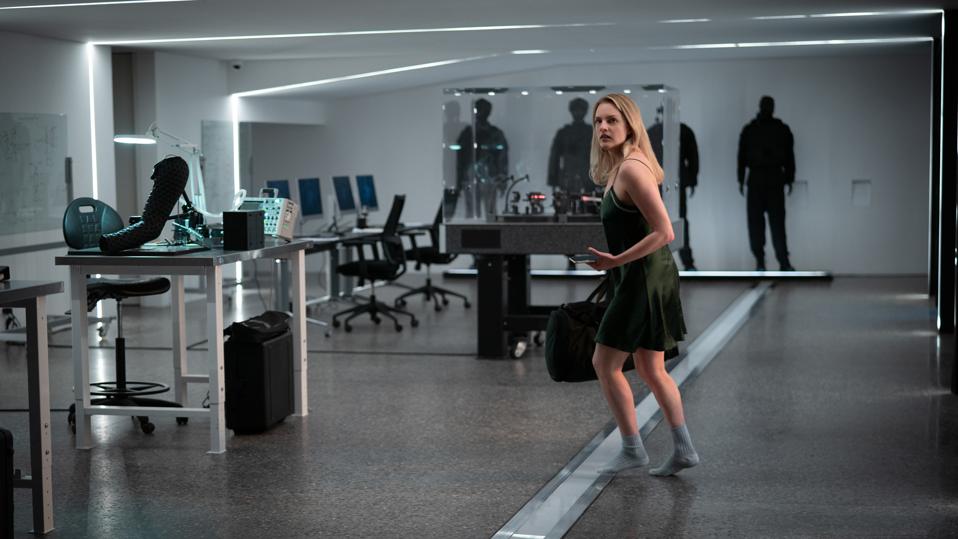 Elisabeth Moss as Cecilia Kass in “The Invisible Man,” written and directed by Leigh Whannell.

In a normal circumstance, I would very much argue against this, especially for theatrical releases that could be expected to find some degree of theatrical success. Movie theaters have already had to deal with a generational demographic change in viewing habits. The affordability and availability of priced-to-rent or priced-to-buy (or entirely free on a given streaming platform) viewing options for recent theatrical releases in high-quality HD video/surround sound audio, along with ticket prices rises alongside inflation, has decimated the viewership for all kinds of movies.

Over the last four years, almost anything that isn’t an “event” has become a “wait for streaming” option. Old school studio programmers, character dramas, star vehicles and non-IP genre flicks have struggled mightily, and the studios (especially Sony and Paramount) that made their fortunes on star+concept studio releases found themselves in a new normal where survival was about the quality of your IP. Add in so-called prestige TV, where an upswing in production values, star power and emphasis on adult-skewing (or niche fantasy) episodics have approximated maybe 90% of what might be available as a theatrical feature. 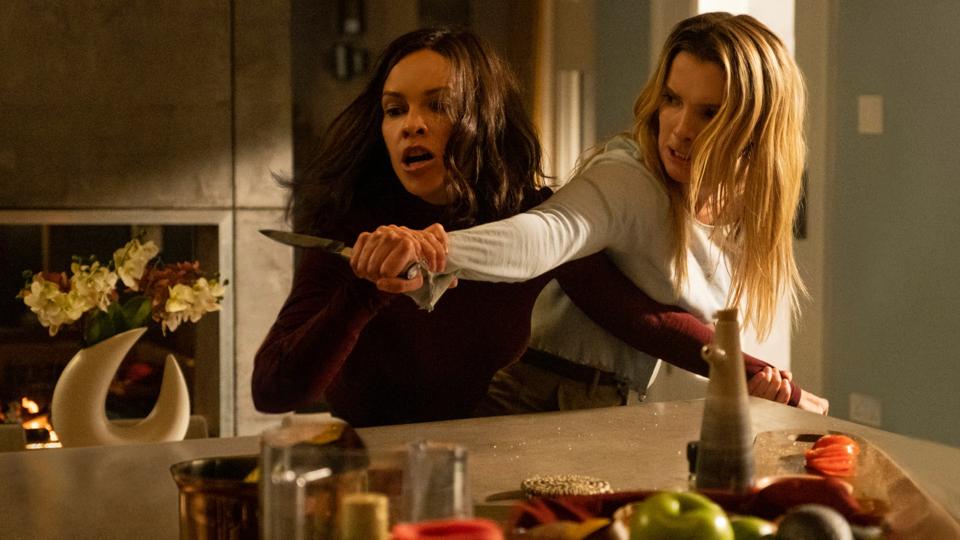 Hillary Swank and Betty Gilpin in Blumhouse’s ‘The Hunt’

Over the last four years, movie theaters have become a place where audiences only venture if they want to see a specific movie in theaters, which usually means “I want to see this big motion picture on a big screen right now rather than waiting 90-100 days to see it at home.” Once you remove the “rather than waiting” variable, well, that could be game over. Now, to be entirely fair, Universal and the rest of the industry is in an unprecedented situation. The coronavirus pandemic could prevent normal theatrical moviegoing for months, well into the summer season.

While Universal has delayed their two biggest global titans, MGM’s No Time to Die (from April 10 to November 25) and F9: The Fast Saga (from May 22, 2020 to April 2, 2021), this move is partially about trying to experiment in a crisis while also making sure that there isn’t a self-cannibalizing heap of delayed releases conflicting with the movies that were supposed to open there in the first place. And at least for these titles, it’s a low-risk endeavor. The Hunt bombed this weekend, Emma is a small-scale flick and The Invisible Man is already a big hit even as it winds down. 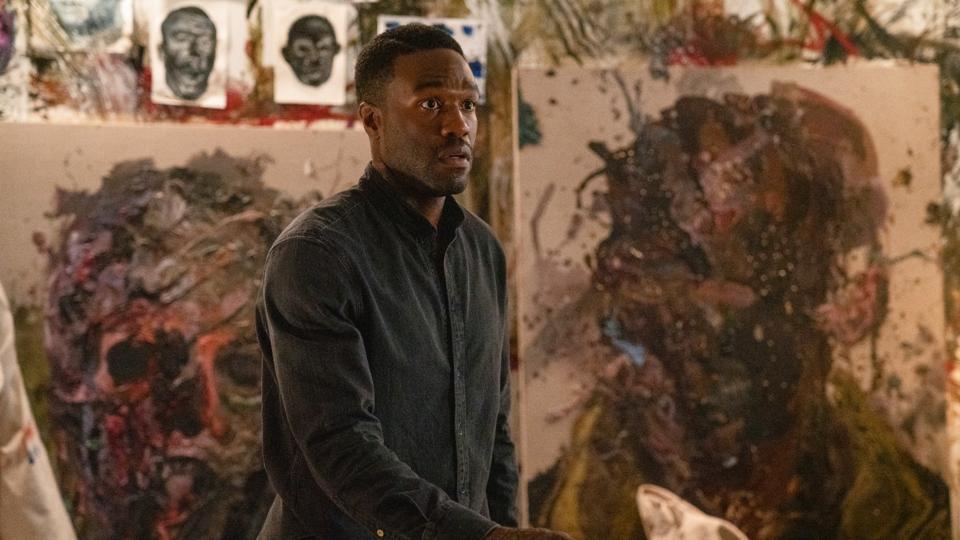 And if I were to argue that tracking for Trolls: World Tour maybe wasn’t up to where Universal might like, especially in these current times, well, maybe better to offer it as a life-raft to self-isolating families (for the price of two or three movie tickets). Better than day-and-date release, which certainly increases its media profile than to just release it in theaters later this year and hope that it doesn’t prove to be a classic “audiences were only curious once and only kids cared the second time” sequel. Ditto Sony’s Peter Rabbit 2, which was just moved to August.

Moreover, the next few Comcast releases (A Promising Young Woman, The High Note, Blumhouse’s Run Sweetheart Run and John Stewart’s political comedy Irresistible) are not the kind that would be huge in theaters. If the the storm has passed by June, then Universal will have a decision to make with Nia DaCosta and Jordan Peele’s Candyman. And, yes, I do think this is motivated by a hope that rekindle some lost profits to the mere fact that No Time to Die, F9 and Minions 2 (still slated for July 3) were supposed to help Universal pave over the disastrous performances of Cats and Dolittle. 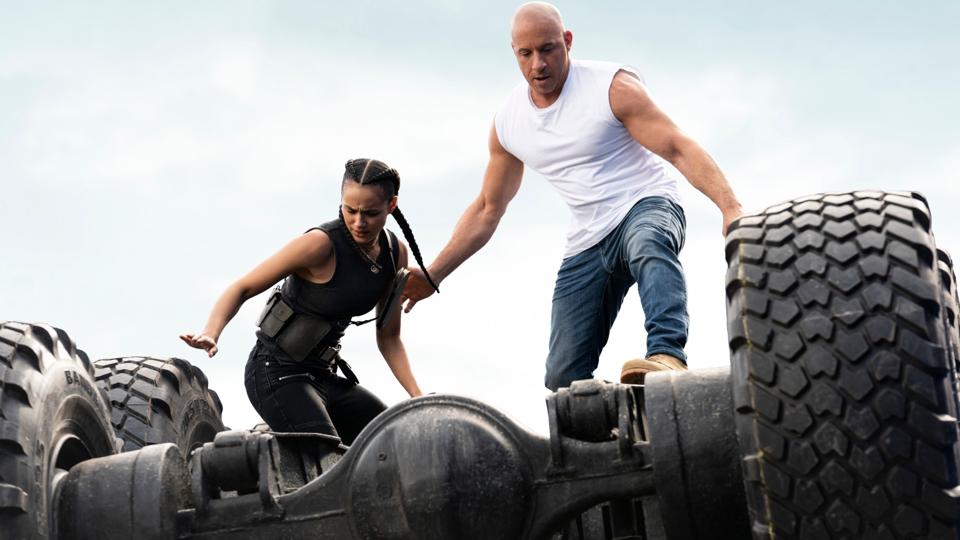 I cannot say if this will become a permanent release strategy even after the storm theoretically passes. Obviously if Trolls: World Tour is highly successful on VOD and earns halfway decent money in theaters concurrently, then, yeah, this could easily become the new normal. Walt Disney is really the only major studio that has fought for the old-school conventional theatrical window, mostly because their brands and nostalgic IP has allowed them to become the undisputed ruler of the Hollywood blockbuster. And with Disney+ being offered as an ideal babysitter, Disney can afford to wait on the likes of Mulan and (presumably) Black Widow.

I’m not thrilled about this development, although I certainly can sympathize more during this specific scenario than I might have four years ago. The pandemic will eventually end and movie theaters will eventually open. Whether anyone will go back and see movies in theatrical settings is an open question. Choices like this, especially with movies that haven’t yet played in theaters, aren’t helping, and I expect if it works for Universal that Sony, Paramount and Warner Bros. will join the fray. I get it, but as someone who A) relishes the theatrical experience and B) makes his living dissecting theatrical box office, I don’t have to like it.

2,500 Attacks In Less Than A Day: Coronavirus Scammers Just Went Into Overdrive

How America’s Cyber Defenders Are Preparing To Save...

This Week In Credit Card News: Another Fake...

Connor McDavid And The NHL Players That Will...

Five People Sentenced To Death Over Killing Of...

Master These Five Lines Of Effort To Achieve...