Whale sharks (Rhincodon typus) are one of the most iconic elasmobranchs out there, easily identifiable by their blue skin that is peppered with constellations across their whole body. Like a fingerprint, each of these patterns of stars are unique to an individual, making photo-identification catalogs a popular tool to use when studying these animals. 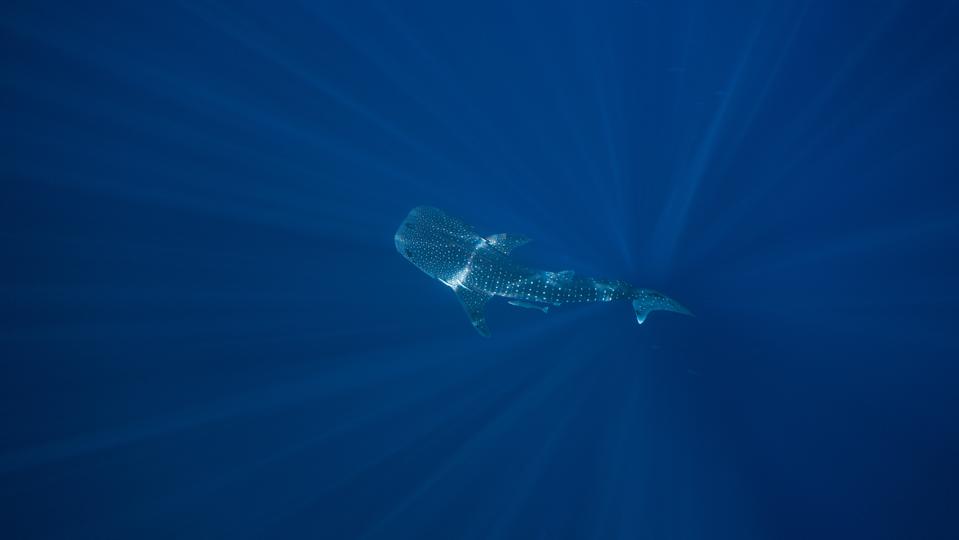 Like a fingerprint, each of these patterns of stars are unique to an individual whale shark, making … [+] photo-identification catalogs a popular tool to use when studying these animals.

Researchers from the Large Marine Vertebrates Research Institute Philippines (LAMAVE) not only used photo ID but satellite tags and the power of citizen science to uncover previously unknown whale shark movements between Southeast Asia. The scientific study, published in Nature’s Scientific Reports, highlighted movements from Honda Bay in Palawan, Philippines and identified this site as globally important for sharks, assessed as Endangered by The International Union for Conservation of Nature (IUCN). LAMAVE Project Leader Ariana Agustines said in a press release: “Our results reveal Honda Bay as possibly the largest aggregation site for the endangered whale shark in the region. Through employing several data collection methods— satellite telemetry, dedicated surveys and citizen science, we report the movement within national waters as well as the first international return in Asia.”

This filter-feeder is famous for their long migrations to specific spots around the world to feed on their microscopic prey, but knowledge on their connectivity within Southeast Asia was very limited. However, the Philippines hosts the second-largest known population of whale sharks in the world. From April until October of 2018, Agustines and a team of scientists identified 117 whale sharks and another 66 were identified through look at whale shark photos posted up on Facebook, Instagram, and even Youtube! Photo identification isn’t new to shark science, and this time it helped confirm the first international whale shark match between the Philippines and Indonesia. The shark, a 10-foot (3 meter) male, was first identified in East Kalimantan, Indonesia in December 2013 by a citizen scientist who uploaded to Wildbook for Whale Sharks; this same individual was then re-sighted by the LAMAVE team in Honda Bay, Philippines in October 2018. This is just one example of the connectivity between Honda Bay and other sites in the Philippines including Tubbataha Reefs Natural Park and Oslob, Cebu. 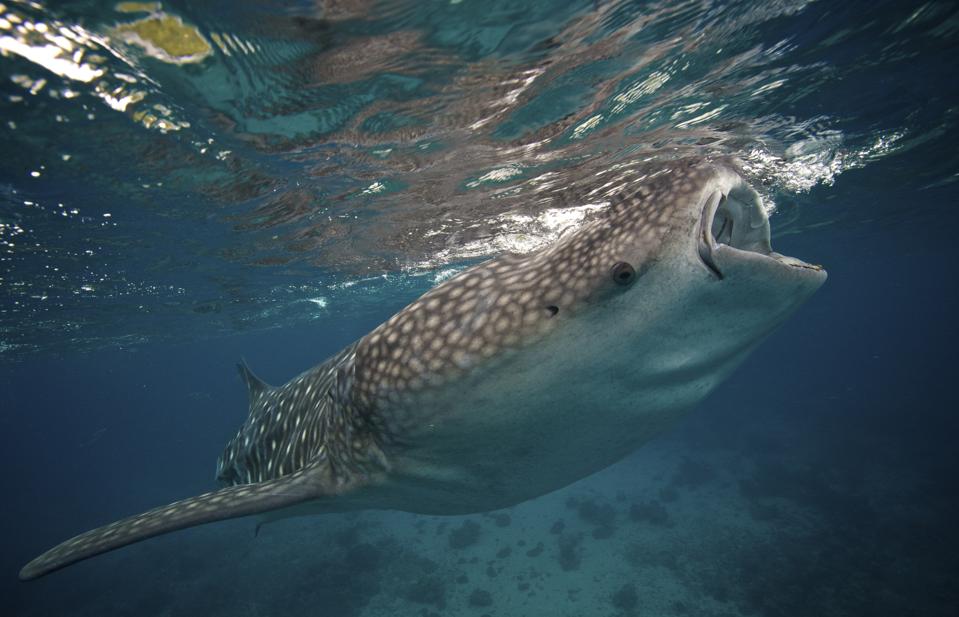 A whale shark (Rhincodon types) feeding in the Bohol Sea, Philippines. The waters in this region are … [+] rich with marine life and whale sharks are a common sight. Although whale sharks are the biggest fish in the world, they mainly feed on plankton. (Photo by: Steve De Neef/VW Pics/Universal Images Group via Getty Images)

Photos weren’t the only method used, as Agustines pointed out. Pop-up archival tags (PAT-tags) recorded time, light, and depth to help the researchers better understand regional movements and how whale sharks were using their habitat. Not only did these tracks showcase Honda Bay as an important hotspot for whale sharks, but it further highlighted the need for trilateral collaboration to protect these endangered animals. While they are protected in the Philippines, Malaysia, and Indonesia, there is concern that there is ongoing illegal taking of these animals. Their status in the IUCN went from “Vulnerable” to “Endangered” due to the uncovering of whale shark fisheries encroaching into Malay and Filipino waters, impacting numbers.

Another danger to these whale sharks? Plastic pollution! Marine biologists from the Marine Megafauna Foundation, Murdoch University (Australia) Udayana University (Indonesia), have estimated the amount of plastic particles present in the waters off Nusa Penida (Bali), Komodo National Park and East Java in Indonesia and, based on that, calculated how many pieces whale sharks might be ingesting. Their work, published in the journal Frontiers in Marine Science, found that the whale sharks that seasonally aggregate into the Java region could be ingesting up to 137 pieces per hour. “Whale sharks can ingest microplastics directly from polluted water or indirectly through the contaminated plankton they feed on,” said lead author Elitza Germanov, a researcher at the Marine Megafauna Foundation and PhD candidate at Murdoch University. “We now know that, through exposure to toxic substances, plastic contamination has the potential to further reduce the population numbers of these threatened animals because they reproduce slowly and have few offspring throughout their lives.”

Conventional methods to study the diets of sharks, such as stomach analysis, is unsuitable for endangered animals like whale sharks and there it is difficult to assess how much plastic they are ingesting. Due to this area being another big “hub” for whale sharks, however, it seems we will see more and more of these filter-feeders with plastic in their stomach when caught.

Confidence Without Arrogance: Why You Should Stop Trying...